Creating a cultural quarter is a good idea, but why corral culture into a corner of the city? 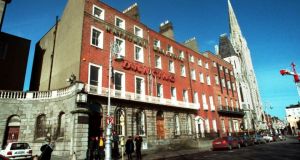 These are bleak times for cultural policy in Ireland, so last week’s announcement by Dublin City Council of plans for a new cultural quarter in the capital is all the more welcome. The vision is for the Parnell Square area to become a new hub by Christmas 2017, with the city library moving to the Coláiste Mhuire building, greatly expanding its activities and linking up with the adjacent Hugh Lane gallery. This is a cheering development: an act of faith in the future of the public libraries that have been so crucial to the fabric of cultural democracy. But perhaps the initiative might also spur an even more exciting possibility: an integrated cultural network for the whole city.

Most people would agree that Dublin has enormous untapped potential as a cultural and artistic centre. This is not just about tourism, though intelligent tourism can be perfectly compatible with the needs of the city’s own population. It’s about two other things: the enhancement of the sense of place that has become more crucial in a globalised world; and the generation of the idea that the city is a creative and imaginative construct, held together as much by ideas and stories as by roads and buildings.

Oddly, though, the city’s most obvious strength in this regard is also its biggest problem. The great advantage it enjoys is that it is the capital, so houses most of the national cultural institutions in theatre, music, museums and galleries. But these don’t relate in any coherent way either to each other or to the local cultural infrastructure. There are two entirely separate streams: the national one that happens to run through Dublin and the local one that is specifically tailored to the city.

As it happens, the Parnell Square plan, excellent as it is, highlights exactly this question. Unless we think of a cultural quarter as a fenced-in corral, strictly bounded by the square, it is obvious that this one has an important theatrical presence. The Gate Theatre is a few metres away and the Abbey is just down the street. The north inner city base of Anu Productions’ remarkable Monto cycle, still unfolding, is close by. The birthplaces of two major world playwrights, Richard Brinsley Sheridan and Sean O’Casey, are within a few minutes’ walk. Shouldn’t a cultural quarter centred on Parnell Square include, for example, a theatre museum and archive? Wouldn’t the plan for 20 and 21 Parnell Square (between the Irish Writers’ Centre and the Hugh Lane) to be made into “workshop spaces and rehearsal rooms” work best if it brought in some of the area’s existing performance companies? But that would be an ecumenical matter, requiring a vision of how to make the most of the city’s current and potential cultural institutions and memories.

This is not a criticism of Dublin City Council’s plan in itself. The most interesting thing about that plan, indeed, is that it gets the idea that is going to be crucial in the context of severe long-term financial constraints: bringing existing resources together so that the new whole is greater than the sum of the old parts. It involves local government (the city council), a national institution (the Office of Public Works, which is transferring ownership of Coláiste Mhuire to the council) and a sponsor (the investment consultancy Kennedy Wilson). It envisages dynamic co-operation between previously separate bodies, the library and the Hugh Lane.

But this is exactly what needs to happen on a wider scale if the city’s potential as a world-class cultural hub is to be fulfilled. Somebody needs to be looking not just at the city council’s own cultural institutions but at the city’s whole range of galleries, museums, libraries, archives, art cinemas and performance companies. They need to be asking if there is a way of generating new energies and ideas by putting one or more of them together.

Let’s be ruthlessly pragmatic for a moment and think about cultural tourism. What does Dublin not have that would appeal to a significant number of likely visitors? A world-class museum of the Irish diaspora. Dún Laoghaire Harbour Company has been talking for years about creating one in the old port. But it seems like an isolated initiative. Whether Dún Laoghaire is the best place for such a centre and how it will relate to institutions such as the National Museum of Ireland are questions that barely seem to have been asked.

Equally, we’re told that the big growth area will be tourism from Asia. Dublin, as it happens, has two terrific collections of Asian art. There’s the Chester Beatty, of course. But there’s also the stunning Alfred Bender collection of Tibetan thangkas (devotional paintings on cotton) at the Collins Barracks branch of the National Museum. Each collection is superbly presented and curated, but they exist in isolation from each other. Wouldn’t it be worth at least having a serious discussion about the creation of a Dublin Museum of Asian Art as a single world-class centre? Maybe it’s a bad idea, but maybe it’s not.

Problem is, there is no one there to even ask such a question. The two museums are separate bodies with their own briefs, struggling to stay afloat. But somebody needs to be given a job with another brief: to create a vision of a city that doesn’t have cultural hubs because it is a cultural hub.