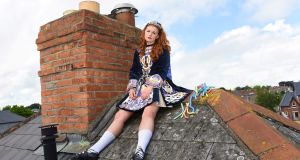 The Humours of Bandon

At the Imagining Ireland concert at the Barbican earlier this month, Paul Noonan of BellX1 described the multifaceted gig as “a photograph of some of the noises coming out of Ireland right now”; performers ranged from Lisa Hannigan and Crash Ensemble to Loah and Stephen James Smith, with a repertoire that drew on jazz, classical and rap. The Guardian’s four-star review said “This was Ireland, but not as we are told we know it.”

So perhaps this juncture, when our friend and neighbour Britain seems to be losing its way in an uncertain future, is an interesting time to go visit, and bring some of our best with us, offering a snapshot of strong, contemporary Irish culture across the UK.

The project is formally launched at the British embassy in Dublin this week, but is already up and running , and over 60 projects, performances, tours, exhibitions and concerts planned. This week the Abbey Theatre opened The Plough and the Stars at the Lyric Hammersmith. Other Irish theatre in Britain in April includes Hamnet, Love+ and BlackCatfishMusketeer and The Humours of Bandon.

Although the timing seems perfect, post-Brexit, director of Culture Ireland Christine Sisk says the GB18 programme was planned before the vote. “We looked at where Culture Ireland was supporting artists, and the numbers going to Britain, in theatre and music and literature, was much reduced compared to 10 years ago. Artists were going further afield, with global ambition. People were jumping over Britain to get to the US and Australia. But England is an important market for Irish theatre and literature especially, and has so much to offer artists.”

The budget for GB18 to support artists presenting work in Britain is €1 million-plus, a quarter of Culture Ireland’s annual budget, and Sisk points out its significance: the funding goes goes much further as it’s so easy to get to Britain. “To bring the same work to the US would cost €4 million-€5 million.”

GB18 is also looking beyond the established hubs for Irish culture in Britain – London and Edinburgh – to a wider geographical spread, with strong visual arts in Southampton, a lot of Irish performing arts in Manchester – including Anu Productions’ Helen – and eight shows at Warwick Arts Centre.

Other British-bound work includes theatre: Anu and CoisCéim’s production of These Rooms, CoisCéim’s The Wolf and Peter, Fishamble’s Forgotten, Niamh Shaw’s Diary of a Martian Beekeeper, a Beckett doublebill from Pan Pan, and Irish National Opera/Landmark’s award-winning The Second Violinist at the Barbican. Many Irish visual artists will exhibit, and there will be tours by Kíla, Comhaltas Ceolteoirí Éireann, the Martin Hayes Quartet and Slow Moving Clouds, and the National Concert Hall presents contemporary Irish songwriting with Lisa Hannigan, Paul Noonan and Loah at the Barbican.

Producer Anne Clarke of Landmark Productions was in Galway this week – “where the sun is shining and Enda Walsh’s adaptation of Max Porter’s Grief Is the Thing with Feathers is opening at the Black Box Theatre”. She references Grief as an example of working internationally. “This is a major international co-production, produced by two British companies – Complicité and Wayward – in association with Landmark and Galway International Arts Festival, who have a long-standing relationship with Enda [Walsh] and Cillian [Murphy] and most of the creative team.

“I think international coproductions are the way forward for productions of scale, and there are benefits for everyone – in terms of sharing resources and opportunities for Irish artists. It may get slightly trickier in the wake of Brexit, but the ties with the UK are so close, and the benefits to everyone involved are so manifest, I don’t think it’s going to stop.”