‘I wanted to write about complex families, messy sex, the pulsating f**k-up of NOW’ 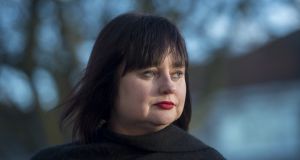 Truth is an inverted toenail, or some such nonsense. When I worked as a journalist, I spent a lot of time censoring what I wrote: what can I really say, what do I have to pretend isn’t happening?

There was the hardcore business of living first, dealing with the dead-weight of disappointment, the clog of crap jobs, the strange leisure in being lost, geographically and emotionally. Then I began to mess about with fiction, and it was like someone handing me a big filthy cream-filled meringue; dig in there love, get it all over your face, no one’s looking, no one cares.

Fiction is a portage for what’s really going on in our lives; the plunge into love and the lower registers of shame when we get it disastrously wrong. A conduit for understanding catastrophic elements of self before that tinder date with Mr Crematorium. It helps us dovetail chaos and retrieve some sweepings of joy.

It’s there to connect us, to entertain, to iron out irony. It says, ‘You’re not the only maggot in the bin squirming about for a bit of smelly cheese’. And holy balls! The way ‘story’ achieves this is why publishing continues to be big business, and readers scramble around bookshops grabbing compendiums of common experience in funky wrapping.

When it came to penning my own stories, I wasn’t going to be shy about the debris and dross I’d lived through, witnessed or heard about. Plenty of “Oirish” writers before me have written fabulously about green fields, blockhead priests, the fruitlessness of unrequited love at a rural dinner dance, unsolved murder, wars waged, and so on, achieved with the subtly and grace of a top-grade ballerina.

By contrast I wanted to batter the reader over the head with a bale of briquettes. Can you believe the shit going down on the streets out there! Have you felt as traumatised as me after a “soul mate” cheated while painstakingly pretending they wanted to stay with you forever? Have you imagined the dystopian horrors technology will wreak on us next?

We live in a country that allows a woman’s body to be used as an incubator, even when the faint heartbeat in that human hatchery has no chance of survival, isn’t that bizarre? The complexity of family. The messiness of sex. The strain of mental violence. No, my book, faulty and foul, would reflect modern life – as we live it – in the pulsating fuck-up of NOW.

Some of the ideas were magpied from my stint in journalism: The Man Who Lived in a Tree, for instance, is based on a homeless bloke in Broadstone back in 2012. He was there for about a year and a half. My bus used to snake past his little dominion in the evening on the way home from my job at the Irish Writers’ Centre.

To pull yourself and your few possessions off the mean streets and up a tree for safety is something else, really. How and why did he end up there? What was his backstory? Why should we think that nature would favour us, be kind to us, after so much wilful destruction?

Dubstopia is a story a pal told me that left a stark impression: a man was sexually assaulted by a rival drugs gang as he traipsed down Talbot Street. The newspaper my friend worked for felt it was “too unsavoury” to write about, so I nabbed it and began to imagine what his anarchic day entailed.

The Glens of Antrim is based on interviews with “swingers” for a tabloid article when I lived in Belfast in 2006, and one man who was respectable and dismally adrift.

I also wanted to write about the giddiness of love, what it can do to your blood cells. The adoration for a sibling, even if it’s only heightened by sudden loss. The legacy of family trauma, how it keeps on dripping down through generations without Polyfilla.

I wanted to imagine the adventurous side of sex, what’s hidden out there to sate our private desires now that we have Google; access to a vast Pic ‘n’ Mix of Pleasure. Or even how technology hoodwinks its own inventors, where that will warp off to in the next few years. And yeah, for the sake of a decent yarn, it’s more entertaining to write about scenarios going “wrong”, taking unexpected turns.

Make no mistake, there’s also real experience dropped in there. I’m a middle-aged tortoise who’s made mistakes, hilarious mistakes. The typical first book with too much autogenous.

One BIG criticism since it came out is that I was purposely trying to “shock”. Honestly, every time I open a newspaper or turn on the news I feel like running off and hiding in the wardrobe in the box room, like I did when I was four.

If real life offends so much, stay indoors, shut the blinds, build a maze out the back garden, walk around it endlessly. No one will mind if you don’t engage, as long as you continue to put the bins out and pay the mortgage: it’s kosher to be in denial.

In 1985 when I was in fifth year at secondary school, a student got pregnant and was shoved off to a Magdalene in Cork. We were truly horrified. That summer, the morning-after pill became available for the first time. A bunch of us availed of it after a bout of Salem-type hysteria at a party when one girl convinced us she’d had sex and maybe we had too. In fact, none of us had, and the agitated woman in the tiny waiting room off Gardiner Street was appalled as we strolled in giggling. . . demanding this pellet of profligacy that would save us from a similar fate to our school friend.

This isn’t a story in the book, but it’s a reference point for the Ireland I became an adult in. It’s hard to imagine now. Women still had the footprint of the Catholic Church on their heads. Where the last vestiges of Victorianism and church/state control ran parallel with the fool’s gold of neo-modernity.

Most of us got the hell out after school finished. There were no jobs, recession was rife, war up North raged on hopelessly, opportunity in general was awol. We buggered off to London, America, Australia. Some never came back. I did. Changed and with a wry eye. It took me until my 30s to get to know the country I was born in. I didn’t vote until I was in my 40s, feeling a bit dislocated from all that was going on.

The Ireland of today, with its cocktail culture and institutional corruption, its strange magic and profound despair, is an odd place to live. It’s the job of a writer to chronicle that mix, to butterfly-net it, and not worry too much about the result. Once a “work” is out there, you’ve no real control over how it’ll be received. I feel like I’ve got away with something.

There are no useful writing tips to pass on, not really. You sit there in your Penny’s pyjamas and grapple with it alone. It’s depressing, exhilarating, terrifying, great fun. You need to be daft to want to do it. I’d still be rubbing my chin if a ballsy publishing company hadn’t taken me for a glass of Sauvignon Blanc in The Central Hotel and said, ‘Do it, you’ve got X-number of months, we’re here for you.’

With the back-up of a brilliant editor who didn’t judge or hassle – Dan Bolger – I said, ‘Cool bananas, I’ll give it a go.’ I didn’t really have a clue. But I did start to pour.

Room Little Darker made it to the bookshelves on time (just). The title snatched from a line in an Angela Carter fairy-tale, with one word removed.

I do wonder if I’ll be mortified by it one day. If my BoyBot developed for paedophiles to use will embarrass me. The contraceptive implant spying on a couple unravelling in ugly breakup, making me cringe. Or the kinky couple Fritzl’d in a Leitrim kitchen, draining me of all empathy.

Or will I be mooching around town concocting that novel that no one’s written yet? You the know one, written backwards, to be read upside down, an absent plot, unreliable characters, where nothing happens, the ending an exact replica of the beginning . . .