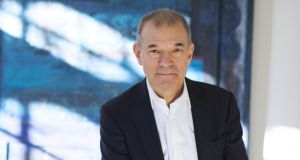 In 10 chapters, focusing mainly on the histories and tragedies, Stephen Greenblatt, the renowned Harvard scholar of early modern literature, probes the way Shakespeare explores the figure of the tyrant. With obvious contemporary relevance that can feel heavy-handed, Greenblatt examines the historical and textual circumstances in which Shakespeare dealt with questions of nation, government and the body politic. He catches Shakespeare asking himself why anyone would be drawn to a leader “manifestly unsuited to govern, someone dangerously impulsive or viciously conniving or indifferent to the truth”. If Tyrant at times feels too close to a polemic to attend to the subtleties of Shakespeare’s plays, it regains our trust by offering modern parallels that open out the historical and political moments of the drama. In particular, Greenblatt illuminatingly sets the political dynamics of Julius Caesar, Macbeth and Richard III against the complexities of Measure for Measure and The Winter’s Tale to offer new understandings not just of the plays but also of the workings of power itself.