Trust Exercise review: A bold novel that might leave you feeling cheated 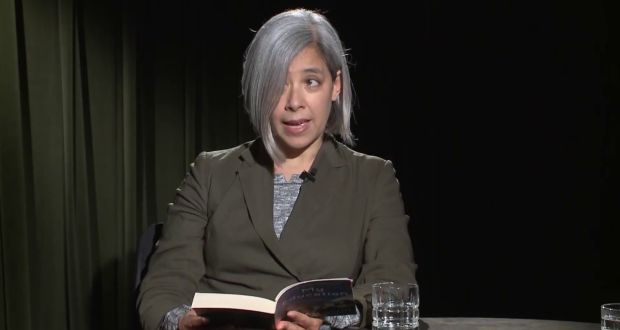 Susan Choi is a talented writer, her paragraphs filled with dense sentences that capture every nuance of her characters’ lives.

Once in a while, a novel’s plot takes such an unexpected turn, breaking the unspoken contract between reader and writer, that it’s hard to know whether to fling the book at the wall in anger or proclaim it a brave attempt to push the boundaries of the form. Susan Choi’s fifth novel is such a book and while it remains unbattered, having made its way safely from my armchair to my shelves, I’m not convinced that it succeeds in its valiant efforts.

It starts well, telling the story of a group of teenage students at the Citywide Academy for the Performing Arts in 1982, the focus being on David and Sarah, a pair of fifteen-year-olds whose attraction to each other becomes highly sexualised soon after meeting. Such is their uncontrollable lust that they engage in libidinous encounters whenever and wherever the mood takes them, culminating in a scene in a school hallway that, given their age, makes for rather uncomfortable reading. It recalls the youthful protagonists of Georges Bataille’s Story of the Eye, also fifteen years old, who rarely discuss their passion but indulge in increasingly erotic adventures that only amplify rather that satisfy their desire.

If these children are physically ready for a relationship, emotionally they lag well behind the norm. Sitting in classrooms together, they stare wordlessly into the distance, unable to turn their heads in case they catch sight of the other. When their yearning outstrips their emotional intelligence, they disintegrate, their relationship crumbling in increasingly cruel ways, both unable to articulate exactly what has driven them apart. It’s an interesting portrait of the space that can exist between attraction and compatibility.

Choi builds a small cast of characters around David and Sarah but curiously, considering they’re like a younger version of The Kids from Fame, which also began screening in 1982, they don’t seem particularly talented. There’s no Leroy, sneering at the barre and ready to leap into a triple axel at the slightest provocation, no Bruno rotating between three sets of keyboards, no Fosse jazz hands, no Lenny Bruce wannabes, no moody boys losing themselves in the method. In fact, they’re a rather dull crowd, enlivened out of their stupor only by the charismatic Mr Kingsley, a white, gay version of Debbie Allen’s Lydia. Kingsley is captivated by his young charges but his behaviour towards them is very much of its time. Inviting David and Sarah to the front of the class to engage in trust exercises based upon their sexual relationship makes him seem more seedy than inspirational, and a bacchanal that eventually takes place at his house, albeit without his permission, leaves the reader shuddering at the role he’s playing in their lives.

But it’s the second half of the novel, set some thirty years later, that leaves the reader questioning everything that has gone before and perhaps it will not give too much away to say that Sarah has gone on to become a novelist, throwing everything that we have read so far into doubt.

It’s a bold and original way to create a work of fiction but it’s difficult not to feel cheated by the result. As readers, we invest in characters and story, agreeing to suspend our disbelief as a narrative draws us into unexpected places. We rely on the fact that in the mysterious world of the imagination, everything we’ve read so far is true. If these covenants are tossed aside, then it’s hard not to ask whether we’ve wasted our time. Perhaps the title itself is meant in an ironic sense but reading a novel is a sort of trust exercise in itself, the trust that the reader has in the writer to convince us that something that never happened actually did, and when our faith in the story is betrayed, the novel itself becomes damaged.

Choi is a talented writer, her paragraphs filled with dense sentences that capture every nuance of her characters’ lives and she is to be applauded for surprising the reader with her twists and turns even if, for this reader, her innovations do not entirely succeed. Ultimately, I felt totally committed to the novel in the first half but cheated by the second.

Still, I suspect that this will remain with me long after some more traditional works have been forgotten and, in that respect at least, she has achieved something of note.