By the modest standards of light, middlebrow escapist fiction, this is competent and assured 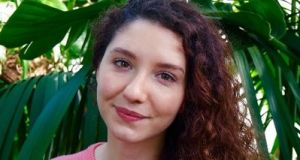 Anbara Salam’s debut novel tells of Beatriz, a hapless young woman who is rescued from poverty by marrying a missionary called Max. She accompanies him to a remote pacific island in the New Hebrides, where they do all the usual missionary things. They set up reading groups, dispense vaccinations and Milk of Magnesia, and try to wean the natives away from their spiritual diet of sorcery, leaf magic and exorcisms.

The couple are imposed upon by an overbearing missionary called Marietta, who bores them with her limited conversational repertoire: “it was always God talk”. There is an intriguing sub-plot involving an indentured labourer who runs away from a plantation, but the bulk of the novel is about Bea’s adaptation to the peculiarities of life on the island, where she feels “strangled on all sides by either petty rural scrutiny or insectile mayhem”.

There is certainly plenty of the latter. The book abounds with lurid descriptive passages revelling in tropical ickiness: there are lizards and creepy-crawlies, insect bites and puss galore; the protagonists are perpetually jousting with giant rats or dodging their ubiquitous turds.

Bea undergoes something of a gastronomic awakening, acquainting herself with plantain, papaya and a jelly called laplap. The staple is something called “island cabbage”: “This stubborn and abundant weed dripped a clear, viscous mucus that disintegrated into a slimy, dark green jelly, not entirely unlike loose wallpaper paste.” At one point a famished islander kills and eats a monkey; later, our intrepid heroine eats a stewed bat.

After an inauspicious start, Bea gradually finds her feet. She learns to muck in with the communal labour, and ponders the finer points of pineapple transportation: “If Bea miscalculated the time between forest and plate by even a matter of hours, the disintegrating matter solicited carpets of ants into the house.” These enriching pursuits are rudely interrupted by intrigue, inevitably centring on the sinister figure of Marietta.

Things Bright and Beautiful bears more than a passing thematic resemblance to Jessie Burton’s debut, The Miniaturist (2014), which similarly told of an ingenue forced by circumstances to draw on her inner resources; it also shares that book’s scepticism towards priggish piety as embodied in the figure of a censorious female nemesis. (In a curious homage, some of the novel’s peripheral characters appear to be named after characters from The Simpsons: there are boys called Ralph and Nelson, and a carpenter called Willie.)

By the modest standards of light, middlebrow escapist fiction, Salam’s prose is competent and assured. That there is relatively little in the way of interiority or psychological complexity or, indeed, complexity of any kind, is beside the point. Some novels are written in the hope of dazzling the critics, while others are written with the sensibilities of television commissioning editors very much in mind.

Perhaps an adaptation awaits, though it is doubtful whether there is quite enough actual story here, once you strip away all the naturalistic scene-setting and hygienic fretting, to make for a compelling, plot-driven entertainment. The popular TV show I’m A Celebrity, Get Me Out of Here, in which contestants are plonked in a jungle and made to eat bugs, seems to have that base covered.