The Uninvited, by Dorothy Macardle: ghosts of a sensible persuasion

This chiller from 1942 is decidely old-fashioned, but the author makes it all enjoyably eerie – and throws in a few pithy social observations as well 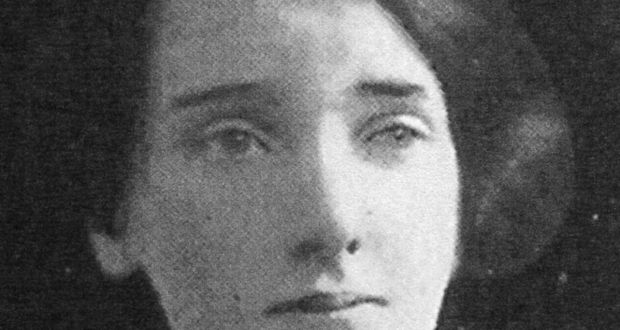 Dorothy Macardle: like many other Republican feminists, was appalled by the decision to enshrine the domestic role of women in the Constitution. So perhaps it’s not surprising that, a few years later, she wrote an excellent novel that shows just how unhealthy it can be to idolise women as pure domestic goddesses

After the Irish Constitution was introduced in 1937, the writer and activist Dorothy Macardle wrote to her good friend, Éamon de Valera, to tell him what she thought of it. “As the Constitution stands,” she wrote, “I do not see how anyone holding advanced views on the rights of women can support it, and that is a tragic dilemma for those who have been loyal and ardent workers in the national cause.”

Macardle, like many other Republican feminists, was appalled by the decision to enshrine the domestic role of women in the Constitution. So perhaps it’s not surprising that, a few years later, she wrote an excellent novel that shows just how unhealthy it can be to idolise women as pure domestic goddesses.

First published in 1942, Uneasy Freehold has been reissued as the second in Tramp Press’s brilliant Recovered Voices series, The Uninvited (its American title). In it, two Anglo-Irish siblings, Roddy and Pamela Fitzgerald, find an enchanting house for sale in Devon called Cliff End. But when they make enquiries about purchasing it, the owner tells them that it’s been empty for 15 years.

Its previous residents were the owner’s daughter Mary, her artist husband Lyn, their small daughter Stella, and Lyn’s model and mistress, Carmel. Mary and Carmel both died tragically at Cliff End, and Stella was brought up by her grandfather. Six years earlier, a couple lived there, but left after having “experienced disturbances”.

Roddy and Pamela are undeterred, but once they’ve moved into Cliff End strange things start to happen. They hear a woman sobbing and see mysterious lights. And then a mist appears, a mist that looks very like a woman with cold blue eyes.

Who exactly is haunting the house? And what does this spirit want with Stella, now a young woman who yearns for the perfect mother she never really knew?

Stella’s fascination with Mary allows Macardle to explore the dark side of the blind veneration of a saintly mother figure. Stella’s bedroom is a Marian shrine – in both senses of the word: “Pale blue walls – her mother’s favourite colour . . . Mary’s pictures – Florentine madonnas; a sketch of Mary as a girl and before it, in a glass vase, one white rose; even a statuette of her mother – a white plaster thing. It’s a culte. Oh the piety, the austerity, the white virginal charm!”

Macardle shows how limiting this cold ideal of virtue can be – and how long its unhealthy effects can linger.

Of course, the ultimate test of a ghost story is whether it’s scary or not. And while The Uninvited is enormously readable and full of nicely spooky moments, it rarely produces the sort of creeping dread triggered by, say, Elizabeth Bowen’s The Demon Lover. This is mostly because the moments of terror are generally balanced by the characters’ sensible and thoughtful discussions of what might be causing them. This may sound tame, but turns The Uninvited into a different yet equally enjoyable ghost story.

Pamela and Roddy become not just the victims of a haunting, but amateur sleuths determined to unearth the source of the mysterious incidents at Cliff End. They put together a dossier on the previous household and bring in friends and experts to help them. I was not surprised that Roddy, putting off writing a book review, wondered “how on earth was I to give my mind to Peter Wimsey and his mysteries while our own diabolical problem was crying out to be tackled?” There’s more than a touch of Wimsey-creator Dorothy L Sayers’s wit and inventiveness about The Uninvited.

In fact, the dark subject matter and the complex issues explored by Macardle, combined with the engaging characters and light touch, make The Uninvited one of the most entertaining Irish novels I’ve read all year.

When de Valera was asked for his verdict on the 1944 film version of The Uninvited, his response was: “Typical Dorothy”. I hope she took it as a compliment.