The Soul Exceeds its Circumstances: The Later Poetry of Seamus Heaney 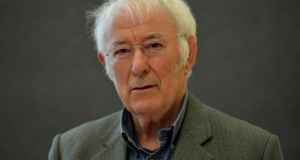 Book Title:
The Soul Exceeds Its Circumstances: The Later Poetry of Seamus Heaney

In this much-needed volume, leading Seamus Heaney scholar Eugene O’Brien collects 16 essays on the late poet, focusing on the “later poetry”, which in the context of this book comprises the collections Seeing Things (1991); The Spirit Level (1996); Electric Light (2001); District and Circle (2006); and Human Chain (2010). Tracing the shift in Heaney’s style “from an artesian to an aerial imaginative structure”, the essays here are wide-ranging, and locate Heaney’s later collections in the larger scheme of his poetic output, contextualising and analysing them through a variety of approaches and lenses. Neil Corcoran explores the notion of “late style” in relation to Heaney, and Richard Rankin Russell uses “thing theory” alongside theories of memory to discuss Heaney’s use of objects. Magdelena Kay and Helen Vendler provide moving and insightful readings of death in Heaney’s work, and Bernard O’Donoghue contributes a fascinating essay on Heaney’s use of European and classical texts. This is a rich, cohesive and diverse collection of fine work on one of the supreme poets of the 20th and 21st centuries.