The Irish women behind Engels and the birth of communism 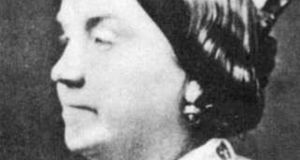 Lizzie Burns, an illiterate Irish woman who married Engels shortly before her death 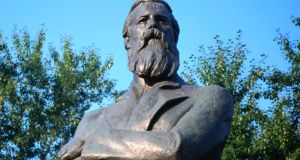 A statue of Friedrich Engels in a Moscow park. Photograph: Getty Images 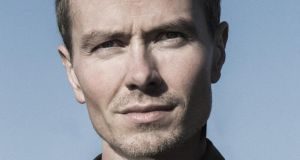 ‘I thought, wow, this is gold dust. I can’t leave this alone’: author Gavin McCrea, above, on learning that Engels had been romantically involved with Mary Burns until her untimely death, before taking up with her sister Lizzie

Four words in a newspaper review of a 400-page biography. That was all it took to send Gavin McCrea on the trail of Lizzie Burns, a cotton worker from the 19th-century Irish slums of Manchester.

It was news to McCrea – as it probably is to most Irish people these days – that this woman was involved in a long-term relationship with Friedrich Engels as he and Karl Marx developed and refined their communist ideas in Victorian England.

Burns proved to be an elusive quarry. McCrea bought and read Tristram Hunt’s mammoth biography of Engels, but it contained little more than passing references.

“There’s very little known about her; she was illiterate and left no diaries or letters,” he says. “So I did more research around Marx and Engels. There’s so much written about them, and so many letters written between them, it’s like a shining light – but then there’s this darkness where Lizzie was. She is in history by her associations and by her actions, but she’s not written in.”

Further research uncovered that Engels had been romantically involved with Mary Burns until her untimely death, before taking up with her sister Lizzie. “I thought, wow, this is gold dust. I can’t leave this alone.”

McCrea’s novel, Mrs Engels, brings its historical characters to vivid and often – at least in Lizzie’s case – rambunctious life. Given that he had never intended to write a historical novel as his first book, where did McCrea begin?

“I was lucky,” he says. “I had a scholarship from the University of East Anglia that allowed me to put other work aside and immerse myself full time in this for a good two years. A lot of my research was into the nuts and bolts of what it would have been possible to say and do in 1870, within domestic space and outdoors.

“Okay, a woman when she’s making tea: what does she do? What is outrageous for her to do? That took a long time, and a lot of Victorian cultural histories, histories of the house, all stuff that I wouldn’t have been aware of before.”

Having built – and furnished – his historical house, McCrea began to think about his cast of characters. He wanted them to be vivid and, as in real life, full of contradictions. Engels: enigmatic and a womaniser, yet loyal to the end, both to Marx and to Lizzie. Marx: driven and idealistic, yet happy to use Engels’s uber-capitalist family fortune to fund the revolution.

“At the beginning of my research on Marx and Engels, I thought, You bastards, you weren’t living according to your principles,” says McCrea. “By the end I couldn’t see any difference between them and me. I walk around pointing my finger at the world. ‘You’re dropping litter.’ ‘You’re not recycling.’ ‘You’re doing this, you’re doing that.’ When in my own life I’m doing all of those things. I may not be dropping a piece of litter on the ground, but I’m doing it some other way.

The novel has a subplot involving Irish nationalist activity in England. But the most striking aspect of Mrs Engels is the voice of Lizzie herself. Clear-eyed, sardonic, self-deprecating, she is a strong literary heroine in the mould of the main characters of Emma Donoghue’s Slammerkin and Anne Enright’s The Pleasure of Eliza Lynch.

How did McCrea come up with that very particular voice? “I put myself on a strict diet of 19th-century literature: Hardy, all the classics. I made it a source for myself, I made a vocabulary and then I created a very artificial language. Historically, Lizzie would not have spoken like this. But I wanted to create a very powerful voice.

“I thought long and hard about her being illiterate. I didn’t want that to impoverish her in some way. Every time she speaks, I didn’t want to think, Oh, this woman can’t read and write. I wanted to do the exact opposite. I wanted the liberties that she took with language to enrich her.”

For McCrea, the journey that began with his discovery of Lizzie Burns still has a long way to go. Mrs Engels will, he hopes, be the first of a trilogy of communist-themed books: the “wives of the revolution” trilogy.

“Mrs Engels was very much focused on a single woman and the theoretical beginnings of communism. The second book, The Sisters Mao, will look at a London theatre family whose lives, in the 1940s, 1950s and 1960s, become embroiled with the actress wife of Mao Zedong. And then the third will be about post-communist Russia.”

What’s the appeal of communism, for him? “I’m interested in people living with the belief that they know what’s best for themselves and the world. That’s what interests me about communism, more than communism itself. That’s the thread running through it. And if this all comes to pass and I become known as the communist author, then fine.”