The Dreams of Bethany Mellmoth is diverting but sketchy 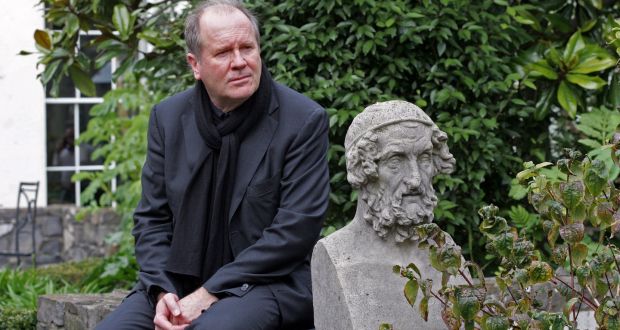 William Boyd. Reading his latest book from cover to cover feels a little like riding a rollercoaster in an underfunded theme park. Photograph: Eric Luke

Before reading a book of short stories, I usually check how many have been published in advance. A small number suggests that they’ve been written with a collection in mind, one that will embrace a unifying theme. Think Dubliners or, more recently, Colm Tóibín’s Mothers and Sons and The Empty Family, whose very titles imply a core conceit around which each tale can turn. Collections gathered from several years of writing, however, work best when the reader dips in and out, small treats with no particular relationship to each other.

William Boyd’s fifth collection is in the latter camp, separating itself into three parts, the first containing random stories of varying quality, the second an immensely enjoyable novella, and the third a fairly long but entertaining piece that feels as if it might have been the basis for one of his earlier novels.

The first set begins well with The Man Who Liked Kissing Women, which recounts the escapades of the gloriously named Ludo Abernathy, who’s already lost two wives due to his serial philandering and is only holding on to his third by refusing to sleep with the women he likes, simply kissing them instead. It’s played for laughs and recalls Roald Dahl’s penchant for a neat twist in the tail.

Readers’ eyes might roll a little at the pervasive sexism – no woman can resist this middle-aged lothario’s charms – but it sets an appealing tone replicated in Humiliation, where a novelist whose recent work has been savaged by a critic happens to encounter him in a country pub. “I shrugged,” the injured party remarks, “this is what you must do: utter indifference is your best weapon.” Writers will relate to his anger on feeling that he has been treated unfairly while reviewers will flinch at the revenge taken. And if you happen to be both, then the whole thing becomes distinctly unsettling.

Some stories, however, are less successful. The Road Not Taken follows a relationship in reverse, from a chance meeting five years after a break-up to the moment of the couple’s introduction, but the story is too short for us to understand the dynamics of the romance or to connect with characters whose lives have changed dramatically since their split. Similarly, Unsent Letters plunders the correspondence of an aspiring film director to various potential collaborators, including “Marty” and “Meryl”, begging for professional assistance while abusing those who have let him down but there’s something a little smug about a successful artist laughing at an aspiring one and depicting, however truthfully, the desperation to succeed. All writers have been there at some point and dealing with rejection and duplicity in the early years comes with the terrain. It’s an experience to be treated with understanding, not mockery.

The second section of the book, the hundred-page novella that lends the book its title, is by far the most successful. Bethany Mellmoth, aged 24, is leading an aimless existence, uncertain what she wants to do with her life while considering herself a “Varp”, a vaguely art-related person. In each chapter, she discovers a new passion – acting, writing, working in a gallery, mixologogy, photography, among others – but is both unwilling to work at her new vocation or pursue anything that fails to offer instant gratification. The character’s innocence prevents her from being annoying but it also serves as an insightful commentary on an era when the notion of serving a career apprenticeship before achieving success appears to have gone the way of the dodo.

The final story, The Vanishing Game, sees a young man tasked with bringing a jug of water from the river Jordan to Scotland for a christening. There’s a mystery to why he has been given this job, one that recalls Boyd’s novel Ordinary Thunderstorms in its North-by-Northwest-type depiction of a man thrust unexpectedly into a complex world of intrigues and machinations beyond his comprehension. And while it’s a diverting page-turner, it ultimately feels like a sketch of what that earlier novel became.

Boyd remains one of the better novelists of his generation but reading this book from cover to cover feels a little like riding a rollercoaster in an underfunded theme park. Certainly, there are moments of great excitement as the carriage plunges towards the unexpected but when the tracks between the thrills go on for too long, they run the risk of muting the otherwise exhilarating effect.