Brief reviews of The Scandal of the Century, Rave, and a new translation of King Kong Theory 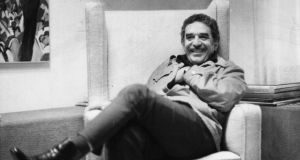 When I grow up, I want to be Virginie Despentes. The French writer is famed for her immeasurably controversial debut novel Baise-Moi and its film adaptation, which she co-directed. The backlash against Baise-Moi in her native France prompted Despentes to pen her landmark part-memoir/part-punk feminist manifesto King Kong Theory, which is now being published by Fitzcarraldo with a brand new translation by Frank Wynne. Wynne’s translation perfectly captures the radicality of Despentes’s manifesto as she discusses topics such as rape, sex work, and pornography with such confrontational panache that you feel as if the writer herself is screaming her words at you through a megaphone. The manifesto is already a classic but Wynne finally offers us a translation as brash and effortlessly cool as Despentes herself. Barry Pierce

It’s circa 1996, and the 40-or-so novelist Rainald passes through parties in Munich, Frankfurt and Ibiza, drinking, smoking and taking drugs. When he isn’t waxing cynical about the German media, he’s enjoying those fleeting moments of bizarre intimacy that are clubbing’s currency – and enduring the moments of sleepless paranoia that follow. Goetz’s achievement in Rave is a book about clubbing that avoids the usual cliches. This is due not least to his inventive syntax, which freely mixes first, second and third person voices along with present and past tenses and fragmentary paragraphs (translated with panache by Adrian Nathan West). “Everyone here acts like everything is different from what it is,” Rainald observes of clubbing’s strange environment. Rave is a cocktail of Céline, Bolaño and Döblin that brings it luridly to the page. Liam Cagney

The Scandal of the Century: And Other Writings
By Gabriel García Márquez
Penguin, £10.99

The Nobel Prize-winning novelist’s first love was journalism, which helped form him as a writer; he declared it “the best job in the world”. This 50-piece selection ranges from his earliest writings to when he was a mature, internationally renowned author, and reveals his abundant talent, easygoing humour and gifted storytelling. He could “spin a good yarn” (his own phrase) from the most unprepossessing of material. Having started in Colombian cities, he moved to Europe as a roving correspondent and wrote idiosyncratic articles about whatever caught his interest. A supporter of the Cuban revolution, his journalism was increasingly politically focused from the 1970s as he criticised US policies in Central and South America. Of so many superb pieces, “My Personal Hemingway” stands out for concise and piercing literary insight. Brian Maye