Book Review: Any writer who picks up Kate Zambreno’s Drifts will feel a queasy wave of recognition 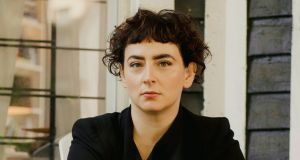 The narrator may or may not be Zambreno, who is also a writer who teaches and lives in New York. Despite the presence of the word “novel” on the front of the book, the same narrator declares, gesturing to its auto-fictional tendencies: “Drifts is my fantasy of a memoir about nothing. I desire to be drained of the personal. To not give myself away.”

A book about nothing is often a book about everything, and this text– whatever it may be - is concerned with the act of writing and living, of time and stasis. The writer-as-character struggles to complete her book, aware that she must learn “how to empty a text in order to fill it.” Structurally the book is a tornado, a whirling, kinetic funnel carrying art, philosophers, dogs, paintings and trains within it.

Across the centuries the protagonist talks to Rainer Maria Rilke, who is also trying and failing to finish his only novel. The pages are filled with other thinkers and writers: Walter Benjamin, Susan Sontag, WG Sebald (whose own fragmentary work is echoed here). Zambreno’s narrator may appear to be in aimless orbit, but within this unanchored state, moments of clarity appear: “For some time, I have been interested in the writing one is doing when one is not writing.”

With each book, she becomes more expansive, sharper in her insight

Zambreno makes the problem of the writing the narrative, part of its subject. The main preoccupation, if there is one, is time: how it passes, how unmalleable it is. In a book as elliptical as this one, there are two certainties which the narrator can’t escape from: the submission of her book, and the due date of her unexpected pregnancy. The latter takes up the final part, in a series of stunning and urgent vignettes, which themselves twist time, altering the pace and rhythm of the book.

Zambreno’s previous work, from Heroines to Book of Mutter, has always been interested in embodiment, gender and who gets to make a creative life. With each book, she becomes more expansive, sharper in her insight, each time picking something new off the bones of familiar subjects.

She worked on Drifts for several years and could not have known it would come into the world in the middle of a global pandemic. And yet, with all its accumulations, this feels like a book that should be read now. It has its own kind of geographic quarantine – pacing the rooms at home, the mundanity of daily routines and commitments – that in small increments amounts to a tender and contemplative account of artistic paralysis.

When the narrator can’t write, she wanders her neighbourhood taking an inventory of the feral cats. She takes photographs, which appear throughout the book. They are not meant as aesthetic statements in themselves, but another reminder that within this circular book, photography is another form of procrastination.

Drifts presents a new possibility for the novel. There is nothing that can’t be included, and even the most ordinary of objects or encounters build towards a greater understanding of existence. The book is peopled by other artists: Zambreno admires Chantal Akerman’s skill at “recording dead time and blank space” (which could be applied to what Zambreno is doing here) and watches Agnès Varda’s film Diary of a Pregnant Woman while pregnant herself.

The narrator also tries (again) to finish Robert Walser’s The Tanners, reminding us that Walser’s own kind of isolation was a breakdown and subsequent stay in a mental institution. “I am not here to write”, he told a friend, “but to be mad.”

This is a risky, reflective work that refuses to conform – to time or traditional narrative. It is difficult to make a book about the quotidian – not every reader will equate its dives into the minutiae as insight - but in these current uncertain times it offers illumination and solidarity.

We are used to justifying our busy, hyper-scheduled lives, which don’t permit boredom or disconnection. So, when the narrator asks: “So often now I just want to weep – what am I mourning?”, it’s a question worth asking.