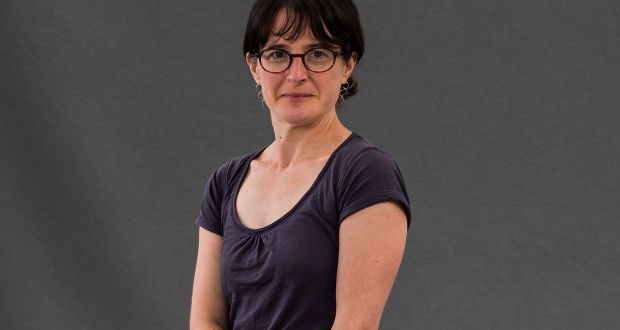 Anyone who feels disappointed that the pandemic prevented them from going on holiday this year will probably feel little sympathy for the characters of Sarah Moss’s seventh novel. They have managed to get away to the Scottish highlands for a break, but their plans for walking, hiking or fishing have been upset by the heavens opening and the rain pouring down. Simpler times, indeed, when it was only the weather that could spoil our fun.

The natural world, however, is a dominant force in this absorbing novel, the extreme elements reflecting the mood of the holiday makers, a disparate group of ages and nationalities, huddled at the windows of their log cabins, wondering whether or not they might not have had more fun on a coach trip to Lanzarote.

Spread across a single day, Summerwater is concerned with observation and contemplation. The characters – young families, elderly couples, teenagers and immigrants – have little to do to pass the time and, as there’s no wifi signal, they’re forced to talk to each other, which proves difficult for those who ran out of things to say years ago.

The novel opens with a brilliant sequence featuring a young woman braving the weather as she leaves the holiday park for a 20km run. Making her way through the surrounding landscape, at one with both her body and the environment, surprisingly little happens – she doesn’t meet people, no one attacks her, she doesn’t find a dead body – and yet, somehow, the prose is exhilarating, starting off slow and measured, then becoming more free in a reflection of how her limbs loosen up with each passing kilometre. The rain is determined to drive her back, but it is no match for her resolve.

From here, we encounter other characters who might seem lacklustre on the outside but have rich internal lives. The retired doctor and his wife who, having spent decades in each other’s company, are perfectly happy to find ways to be apart. The teenage boy, so frustrated by the cabin’s intimacy that he’s willing to throw himself into a kayak on a lake, risking drowning, if it means getting away from his parents for a couple of hours. The man driven to despair by the loud music coming from his neighbour’s cabin but is so afraid of confrontation that he drags his small daughter with him when he goes over to complain. The woman who, given an hour of freedom from her husband and small children, wants to do so much that she ends up doing nothing at all. Each chapter is a perfect, self-contained gem.

The Scottish highlands might as well be a collection of desert islands, however, in how severely they’re cut off from the world and throughout, there is a sense of man at his most primal, forced to fend for himself, protect his family, and get through the day without going completely insane.

As with a lot of contemporary British fiction, there are political points to be made. When the doctor safely negotiates the hairpin bends, smoothed out by EU funding, he wonders “how could the English be so stupid … how could they could not see the ring of yellow stars on every new road and hospital and upgraded railway and city centre regeneration of the last thirty years?” Amanda Craig made a similar argument in her recent Cornwall-based The Golden Rule, as did Jonathan Coe in Middle England, suggesting the birth of the post-Brexit novel.

Moss’s insight into her characters’ inner lives is among the many strengths of Summerwater. With nothing to do and nowhere to go, the holiday makers simply stare at each other, indulging their own sense of superiority. There’s a very British sense of people living in close community who find it impossible to converse because they haven’t been formally introduced, but it is this separation that highlights how fascinated we are as a species by each other, observing, inventing stories and, in moments of crisis, joining forces to save lives.

For more than a decade, Sarah Moss has been crafting quiet, complex novels that make an indelible impression on the reader. This is one of her best, and most accessible, and should bring her work to a wider audience. Moss is due to take up a position teaching English and Creative Writing at University College Dublin this autumn. It’s a fortunate appointment for UCD; her students should consider themselves very lucky.

John Boyne’s new novel, A Traveller at the Gates of Wisdom, is available now (Doubleday)