So Much Life Left Over by Louis de Bernières: strained plot is lost in time

Epic in scope, this historical novel is at times strikingly anachronistic 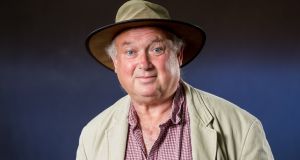 Book Title:
So Much Life Left Over

A contentious will, a love-child, deaths, affairs, international wars, colonialism: So Much Life Left Over, the latest novel from Louis de Bernières, the international bestselling author of Captain Corelli’s Mandolin, is epic in scope and Dickensian in the ambition of its plotting. Following Daniel and Rosie, who have moved to Ceylon (Sri Lanka) with their daughter in the early 1920s, the novel works against the backdrop of the first World War, and moves through the build-up to the second World War across Asia and Europe. However, for an historical novel, it is often strikingly anachronistic.

The characters are never properly inhabited, making bizarrely self-aware statements about their historical and cultural moment, and the plot strains against the bounds of believability.

In general, the (mostly white) characters do lots of virtue-signalling in lieu of any proper engagement with their imperial position and the lives of those around them. A working-class character, Edward, who worked in service of the McCosh family, speaks in stilted, unbelievable and borderline-offensive slang (“That’s quite a distinction, isn’t it? Or “innit” as I used to say before I got taken on by McCosh”); and the characterisation of Samadara (a Sri Lankan servant girl) is startlingly basic, with de Bernières resorting to hackneyed markers (she drinks coconut milk and refers to the “white masters”) rather than attempting a proper inhabitation of her concerns or cultural understanding.

The characters’ thoughts often seem anachronistic, and they express their cultural situation (or the cultural situation they are emblems of) in ways that read as clunky signposts for the reader rather than as part of any believable dialogue or thought process. Gaskell, a forthright young woman, states outright that herself and Christabel are “looking for a new way to live”. Earlier in the book, when Daniel unwisely and unempathetically becomes involved in an affair with one of the family servants in Sri Lanka (here Ceylon), she raises the possibility of her becoming pregnant, worrying about the fate of her future mixed-race children: “They would be neither white nor dark. What world would they belong in?” Daniel responds, “To the future. All this rubbish about races is going to come to an end one day”.

Elsewhere, Gaskell, thinking of her family’s profits from the slave trade, tells Daniel that “my wonderful house and my fabulous estate are all the fruit of untold human misery. One day I’m going to ask the RAF to bomb the house and spray weedkiller on the grounds. Just to wipe out the shame”. And yet there is little actual or sustained engagement with this history, or any real engagement with non-white (or non-rich) characters besides as accessories to the lives of these upper-class Downton-esque types.

The complacent pieties of the white characters are never really challenged. It is as though we are expected to admire their prescience and empathy rather than question their own position in exploiting those around them.

There are points, too, when the plot doesn’t fit together, or when “shocking” things are added but not really picked up on later, as though the book was hardly planned in advance. The insinuation, for instance, that Rosie’s baby was murdered, is introduced in the first few chapters but doesn’t really serve in the story. A little later on, Daniel receives a letter from Gaskell and Christabel asking him to come to their country house without his wife, where they then ask him to impregnate them both (three times each), without his wife’s knowledge, so that they can have children outside of marriage. Even if this might have happened (which seems difficult to believe), the forthrightness and self-awareness with which the two women raise the idea is out of place, at best.

The closest we get to any cross-cultural or cross-class engagement is in the character of Oily Wragge (yes, that is actually the name chosen for one of the novel’s few working class characters), whose narrative touches empathetically on the global atrocities of war and imperialism – if only briefly.

There are moments when the story draws you in, when the tale is touching, moving and comic by turns. Overall, however, the intrigue and twists of the plot of So Much Life Left Over come at too high a price.