Six reads: From deep fakes to feminist city planning and a new Passage to India

Rosita Sweetman, Eoin Ó Broin and others review works of fiction and non-fiction 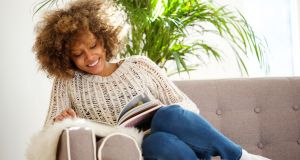 A look at misinformation, and another at how cities are planned and the way it impacts women among works. Photograph: iStock

Carys Davies
Granta, £12.99
Almost a century after A Passage to India, EM Forster’s seminal examination of the relationship between coloniser and colonised was published, Carys Davies’ latest novel offers a new perspective on what seems like a familiar story. A disillusioned British librarian decamps to India to recover his health, and to indulge in his romanticised vision of India and its culture. What unfolds is a complex examination of the quietly tragic disjunction between Hilary Byrd’s flawed conception of his newfound home and the realities of life in an India that was never what the colonising force perceived it to be. The power of Davies’ novel lies in her articulation of that disjunction as Byrd continuously fails to genuinely engage with the people in front of him, preferring, almost subconsciously, to perpetuate an outdated vision of a country that never existed in the first place. – Becky Long

IF I CAN’T HAVE YOU

By Charlotte Levin
Mantle, £14.99
A page-turner meets bristling writing in this sharp, witty novel about obsession. After the death of her mother, Constance ends up in London, lonely, unhappy and living in a horrible flat with a creepy housemate, working as a receptionist. Enter handsome doctor Samuel, and everything changes. They have a brief, intense affair; when it’s over, Constance can’t let go, instead becoming utterly fixated on him.

The story builds and darkens as Constance falls deeper into compulsive behaviour, her stability unravelling. There are often surprises, great flashes of humour and pithy one-liners from the narrator, a twenty-something working class woman from Manchester. The novel tackles misogyny, repression and guilt, but with a light touch; you’re left with some ripples of acknowledgment at the end, for its psychological insight and ingenuity. A fast-paced, enjoyable ride. – Ruth McKee

THE LIGHT AT THE END OF THE DAY

Eleanor Wasserberg
HarperCollins, £12.99
Reworked from the story of her own family’s suffering in the Holocaust, Eleanor Wasserberg’s latest novel stands out from myriad other second World War titles if only because of the truths that lie behind the fictionalised narrative she has created. A young artist sets out to paint a portrait of an influential Polish family’s youngest daughter, just as war is about to break out, little realising how the commission will change the course of his life.

Why do we read these stories? Partly because we must learn from the past in order to affect the future. But also because these stories of normal life shattered into pieces, of the surrealness of catastrophe are timeless. Compelling and emotive, Wasserberg’s novel offers a meditation on the human capacity to endure and to remember, even in the face of incomprehensible suffering. – Becky Long

Linda Scott
Faber & Faber, £18.99
Modern economic thought is dominated by antagonisms. The individual vs the state. The proletariat vs the bourgeoisie. The colonies vs the metropole. The planet vs the humans. Linda Scott’s powerful book inserts the last remaining division, namely gender, into the dismal science. And we are all the better for it.

Combining decades of experience in the US academy along with fieldwork in some of Africas poorest countries, Scott convincingly lays bare the negative impacts of an economy that excludes half of its most valuable resource.

The negatives are most acutely and brutally imposed on girls and women in the developing world. But they continue to limit the potential on women everywhere. However Scott’s main point is that excluding women from full economic participation is bad for us all.

Scott’s case for “unleashing the power of the double X economy” is made with both rigour and passion. Her solutions may, for more radical socialists and feminists, be a bit too old-school social democratic, but don’t let that put you off. – Eoin Ó Broin

DEEP FAKES AND THE INFOCALYPSE

Nina Schick
Monoray, £8.99
A “deep fake” is a type of “synthetic media”, either manipulated or “wholly generated” by AI, which is used maliciously as misinformation or disinformation, and “the Infocalypse” is “the increasingly dangerous and untrustworthy information ecosystem within which most humans now live”. Nine Schick warns it has dangerous implications for everything from geopolitics to individuals as our rapidly growing and changing information environment is ripe for exploitation. Schick traces Russia’s hand in the EU migrant crisis, interference in US presidential elections and use of the Covid-19 crisis. Threats to individuals are also looked at; particularly disturbing is the porn-baiting aimed at women and girls. This thought-provoking, well-written book finishes with a rallying call: we need to understand, defend and fight back, and Schick tells us how. – Brian Maye

By Leslie Kern
Verso, £7.99
A day after Kern’s book arrived, a friend posted a photo showing solid Victorian bollards blocking her child’s buggy’s entrance into the joys of the Phoenix Park. Hah! Kern’s belief that our Western cities are “patriarchy written in stone, brick, glass and concrete” made manifest.

With more of us living in cities, more women in the city as workers, mums, teenagers, the politics of our city’s construction is key; how women are enabled to claim, and enjoy, public space. It’s not so long ago that a woman having a coffee on her own would be considered fair game by men assuming her public aloneness signalled she wanted company.

Aside from coffee drinking white/cis/able-bodied women, what of the needs of the marginalised? Women of colour, disabled women, women from poorer backgrounds. Who speaks for them?

And then of course rape. How many city planners acknowledge women’s right to walk, take public transport, party, without fear of assault? When 1980s female urban planners first argued for safety for women in cities they were laughed at; what do you want us to do “pave the parks?” So much to digest here – cities old and new, politics old and new. – Rosita Sweetman