‘The team think I have lost touch with reality, my thoughts switch too quick, my moods are too low’ 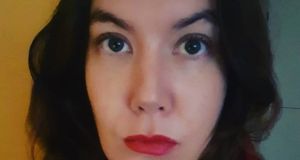 Sarah Byrne is a writer and editor living in Paris.

They are the apple halves; I am the stalk. They want to make me my last person, one that will stick, one that won’t move suddenly or speak without asking; a man cut from a man. Next to me, an empty seat because sitting there would cross a boun-da-ry. And yet, everybody in this room has touched my body. I’ve not touched theirs unless you count mine touching theirs when they touched mine. Roger says that the empty seat is for the person they want you to become, some quiet arrow of arms, legs, and a head.

The table is circular with the squat legs of an infant, too small for the room. They add an identical table, and the social worker looks worriedly at all the spare air. It contains the usual meeting room bric-a-brac; television wires spilling themselves, a bottle of flat lemonade, and a bloated leather armchair that doesn’t match anything else in the room so sits in the corner, all fat, no bone.

All this misused space means that there’s no surface for their reports. Most of them place files on their laps and their cups on the floor, but each time they bend to take a sip, a sheet skis from their thighs. There are never any staples, anywhere. The matted carpet is straw colour, and it’s the only floor surface in that wing that’s not baby blue lino. You see, you can slide patients for ages on linoleum; it’s much trickier on carpet, which marks the skin of the patient.

The biscuits are coming. They dawdle as I choose my seat. I sit by the round table where I think they’re going to land. It will be a tin, of course, there are eight of us here. I don’t know if it matters who sits directly across from me, but they think it does. That a friendly face should be in your direct line of vision in case the meeting becomes too much. I opt for the middle seat; slice the apple in two, off with my stalk.

A nurse passes around lemon serviettes, as if we are having a children’s party. I get two and while I arrange them, the staff talk about stress. To break the boredom, I try to recall the landline phone numbers of friends from when I was young. They twitch back into existence; 8255167, but then I doubt the 7 and I don’t know who the number belongs to. They start to type over themselves, I panic and mutter them, but know these are phantom numbers pasted in my mouth. As I recall the digits, I only see a finger tapping; no body, no receiver cast in a hand, set at an ear. Which ear do I listen with? I can’t remember, there’s just a finger now caught in the membrane of there and here. When I look at the others, they are gaping at me as if I were a television set reporting a new catastrophe.

They ask whether I’ve any questions before we start, that they know this is difficult, and they are going to make it as comfortable as possible and that if we, if I, if anyone needs to take a break, please just say it. I’ve said many wrong things already, haven’t I? But that’s what madness is for the mad and the unmade, saying the wrong thing to the wrong person at the wrong time.

There are words you’ll hear in this place that another person will spend their entire life not hearing. Florid, usually applied to psychosis, sounds like a vitamin, no? Just as the flower’s goal is to bloom, florid psychosis is the illness blossomed to its final stage. Their heads. I take pictures of their heads with my brain. I have two options; I can say click and blink my eyes at the same time, or I can nod when I say click in my head. Nodding is risking. Nobody likes a twitcher. I forgot to tell you about the clock. It’s white, with red hands and the digits are black. Now.

The Pain of Tea, I whisper to the nurse as she pours it into cups. I say it so it sounds like a book title. Tea is something I’m passed, never the server, can’t go near the boiling taps. Roger asks the questions of a dim child, like why is there one tap in Europe and two taps here? He gets the nurse to cut out his picture from the tabloids and it’s not so nobody knows what he’s done, it’s so he can sellotape the photographs onto his wall. He invites passers-by into his room to see his paper altar of Rogers. There are duplicates, the journalists are running out of new photos. I imagine being Roger, my mind curdling with inane theories. I used to do this a lot when I was a child, I’d think what would happen if I switched bodies with a person who had a skill I did not possess. I saw myself as a lorry driver plummeting into quarries with cargo, or as a chef who couldn’t chop to kitchen standards. He is not himself, they would say. Did you see what he did with the onions?

The team think I have lost touch with reality, that my thoughts switch too quick, that my moods are too low. Hence the meeting. The doctor suggests another round of electro convulsive therapy. It works well on treatment-resistant depression, he says. It means they think that you’re at cloud zero. But if you have more sessions, he advises, there will be side effects. My lawyer is upset. Nobody likes to see a writhing body, even an orgasm is ugly. Epileptics used to be sent to asylums to form colonies; the world has always wanted still bodies, inert ones that only move sometimes. She argues that I should receive no more ECT, that it is inhumane, that she feels profoundly passionate about this issue. I say that it helps.

If I go to the edges of things, all four corners of this room, that’s where you’ll be. I know you’re not going to be in the middle. But arms don’t make any noise cutting through air. Legs only make sounds because of the feet. Not even one click of a bone when my arms rise. It’s a slow convulsion maybe, but it’s really just a series of movements.

We are going to take a break someone says.

I am the stalk clung to one side. They want to make me my last person, one that will stick, one that won’t without asking; a man cut inside another man. Next to me will be a seat, empty and warm, and yet, when they arrange me into this arrow of arms, legs, and a head, I will lie here, still as a biscuit, blooming sweetly.

Sarah Byrne is a writer and editor living in Paris.