Each book from Tremain is a wonder. She writes of both men and women with equal passion and curiosity. The Gustav Sonata might, however, be her finest novel yet 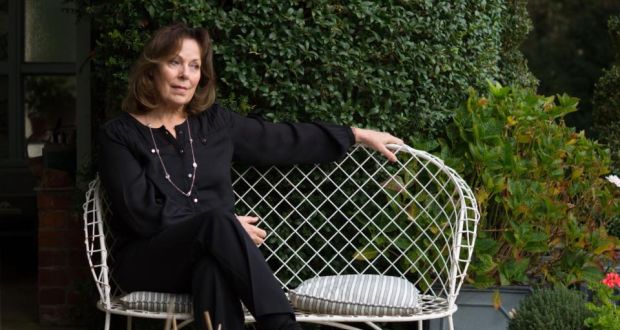 Among the myriad prizes on offer to novelists in the UK and Ireland is the Wodehouse Prize, dedicated to recognising the finest work of comic fiction each year. But just as the Baileys Women’s Prize does not have a male equivalent, the Wodehouse has no opposite, for no one has yet thought to set up a prize for the bleakest, most depressing novel of the year. If it did, there would be no need for a 2016 shortlist since the judges would surely be able to gather together over a quick pint and with little debate award the trophy to Rose Tremain for her 13th novel, The Gustav Sonata.

I have been an avid reader of Tremain’s books for many years, from the magnificent Restoration to the coming-of-age story The Way I Found Her and her masterpiece on the plight of immigrants to the UK, The Road Home. In fact, I have long considered her to be the finest British novelist at work today, more consistent than McEwan, more prolific than Ishiguro, and less erratic than Amis, although that title is more frequently accorded to one of those three (no surprises here) men.

Unlike many of her contemporaries, however, each book from Tremain is a wonder, her subjects remain unpredictable and she writes of both men and women with equal passion and curiosity.

The Gustav Sonata might, however, be her finest novel yet. Yes, it’s unremittingly sad and leaves the reader wanting to reach for a bottle of whiskey and a shotgun but I would challenge anyone to come away from it unchanged for here is a novel with a deeply felt storyline, a central character who is both a cypher and a gallant, and it is written with such elegant prose that there is scarcely a sentence that does not inspire admiration.

The novel is spread across three time periods – the late 1940s, the late 1930s and the late 1990s – and tells the story of Gustav Perle, a kind-hearted boy growing up in Switzerland in the company of a cold, pitiless mother who blames the premature death of her husband on his attempts to save as many Jews as he could from the hands of the Nazis.

Gustav’s isolation is broken by the arrival at his kindergarten of Anton Zwiebel, a talented young pianist, and their ensuing friendship quickly becomes central to both boys’ lives. It’s a friendship destined to last a lifetime and as the story slips back and forward in time, we learn more about Gustav’s parents, of their actions and infidelities during the war, and the curious state in which Swiss citizens found themselves in: neutral, committed to not engaging in the conflicts of others, but terrified of antagonising Hitler lest the Führer turn his attentions and those of the Wehrmacht to their proud, independent country.

When a character makes a life-changing decision that precipitates the downfall of his family, his betrayer still recognises that he might have done the same thing in his place, pointing out that “We can’t know until the moment arrives what choice we are going to make”.

Gustav and Anton, particularly the former, remain strangely asexual throughout the story. As small boys they share an experimental kiss but romance with either gender is the furthest thing from their minds.

For Anton, the only passion worth pursuing is music and his increasingly tragic obsession with fame is affecting when it is clear to his parents, to Gustav and to the reader that he is little more than an extremely gifted amateur pianist.

Gustav, on the other hand, is condemned to living in the past, constantly recalling moments from his childhood or trying to understand his complex relationship with his mother while still trying to find out exactly what happened during those tumultuous war years to his father. He forms his closest bonds with older people, surrogate parents, but when he finally confronts his solitude it is with a resolution that is as surprising as it is satisfying.

But it is desolation and grief that hang over every page and every character, as it must be with any novel that takes the events of the war, and particularly the plight of the Jews during the Nazi era, as its central conceit. Regret, shame, betrayal, disloyalty and madness all play their part to torment the victims and if it feels towards the end that Tremain might be about to overplay her hand with an attempted suicide she displays her great skill as a writer with an unexpected and yet entirely credible closing chapter, not to mention a final paragraph of dialogue that is so uplifting and, indeed, romantic that it brought tears to this reader’s eyes.

So yes, it’s a downer. And no, it’s not going to win that Wodehouse prize. But there are other prizes that might come its way, or not; these things, after all, are rarely based on anything more than whim and chance. Regardless, The Gustav Sonata is a magnificent novel, heartbreaking, unsentimental and beautifully written, and it reinforces my opinion that there are few writers out there with the dexterity or emotional intelligence to rival that of the great Rose Tremain.