Niall Tubridy: ‘The older you get, the more you realise how much you do not know’

Every day you have to ask: “Could I have missed something?”, the neurologist writes 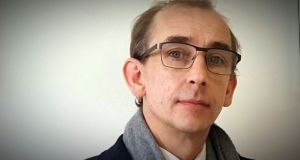 Niall Tubridy: the older you get the more the false confidence of youth dissipates and you start to realize how much you do not know

Neurologist Niall Tubridy works in St Vincent’s Hospital and teaches in UCD. His book, Just One More Question, includes accounts of some of the fascinating and perplexing cases he has dealt with in over 25 years in neurology, explains the many ways in which the brain can cause us problems and explores how working in this area is an ongoing source of intellectual and emotional challenge …

One of my earliest rotations as a medical student was with the neurology team. Leading the team were two well-known consultants. They seemed to stand head and shoulders above the other physicians – at least in my young eyes. Their clinical acumen was terrific and they could always make a complicated diagnosis look easy. There was a significant amount of ego involved, for sure, but underneath the bravado there was great clarity in what they were doing and how they went about it.

So I loved neurology from the start. I loved the logical nature of the history taking and examination. I was amazed by the finely-tuned way that neurologists listened to every cadence of a patient’s voice; how they watched, all but forensically, every flicker of movement. They were like expert electricians who could find the precise area where the wiring or the bulbs were faulty. And I loved the discussions they would have about unusual cases and how they would argue over one clinical sign after another.

Beyond that, I was humbled to learn so much from the patients who were frequently getting a life-changing diagnosis – how they responded to what life had thrown at them, and how their loved ones watched on in their moments of agony and ecstasy. I thought that nothing could top looking after people whose brains were sick. I saw it as a wonderful way to get to know patients as individuals at a deeper level.

At 4am, I wake spontaneously and for no apparent reason. I recall two patients I had seen the day before. A 78-year-old woman arrived nervously with her daughter. Her 83-year-old sister had Parkinson’s and she was worried that her own tremor heralded a similar fate for herself. Fortunately, hers was an intention tremor, worse with movements such as holding a cup of tea, rather than the resting tremor typical of Parkinson’s. She and her daughter shed a tear when I explained that she did not have her sister’s condition. A lovely moment among the horrors of bleak diagnoses that day.

Another sad but beautiful moment comes back to me. Anneka is a Dutch woman who has been a patient of mine for over 10 years with a variety of ailments – migraine, minor seizures, joint pains and dizzy spells. A retired postmistress, Anneka smokes heavily and her heavy make-up evokes images of Bette Davis in Whatever Happened to Baby Jane? We always get on well and I think she enjoys her visits, more to combat loneliness than to discuss her medical problems.

Anneka had come in the previous day because her headaches had escalated in frequency and severity and the medication didn’t seem to be effective any more. As we discussed possible alternatives, the usually phlegmatic Anneka asked whether I felt that stress could be playing a role in her increasingly severe headaches – “explosions” of pain that put her out of action for days on end.

She went on to explain that she had been in love with another woman in her native Holland for over 40 years, since her early days as a student. She was still alive and her family had put her in a nursing home as they had felt she was suffering from dementia. Anneka disagreed. She visited her friend as often as she could but the family had always suspected them of an affair and had resented poor Anneka all her life.

The affair, in fact, had never been consummated and she welled up with regret about this. I asked her whether, at 78 years of age, looking back now, she felt she should have taken the risk of the opprobrium of her own family, her family and society in general by going ahead with the affair.

She paused and said, “Yes, I wish I had gone for it but now it is too late.”

After a moment she said, “Besides, Sister Lotte, who loved me then and still loves me now, could never have faced the eternal shame she would have felt at breaking her religious vows.”

Anneka’s headaches were as a result of her unfulfilled love. At times, the simple humanity behind neurological symptoms would break your heart.

One of the most brilliant things about neurology and studying the brain and its dysfunction is that you learn at least one new thing about it every day. Every week at our radiology meeting I will, without fail, see something new on a brain scan or hear a suggested diagnosis from a colleague that I either did not think of or had not seen before. Or I might learn a new technique for taking pictures of the brain or a new way of approaching a patient’s problem.

The flip side of knowing a little more with each passing year, and meeting thousands of patients, is that you understand just how unclear things relating to the brain can be. Yes, I recognize most patterns of most neurological ailments at this stage, but as soon as I think I have a pattern locked down, I get caught out. And if I’m still seeing the occasional rare case for the first time, and learning something new every day, that is something I did not know the week or the month or the year before. That means the next question you have to ask yourself is, “Could I have missed something?”

So the older you get the more the false confidence of youth dissipates and you start to realize how much you do not know. That is not to say I do not know what I am doing – I certainly believe I do – but it is truly astonishing, after 25 years in the job, to contemplate the breadth and depth of what there is to know, and what is yet to be discovered, about the brain. That is why studying neurology remains so exciting.
Just One More Question – Stories from a Life in Neurology is published by Penguin Ireland