Just One More Question: Stories from a Life in Neurology 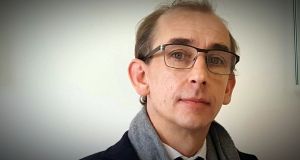 Author Niall Tubridy: "Doctors are trained to treat the sick but, in fact, are frequently treating the well"

Book Title:
Just One More Question: Stories from a Life in Neurology

Listing “the best recent medical memoirs” for The Times, James Marriott wearily observed: “Medical memoirs are suddenly all the rage. It’s a wonder anyone in Britain manages to see a doctor nowadays. As far as we can tell, most of the nation’s medical professionals are holed up in their studies typing away.”

Many of these doctor-writers work in neurology. Neurologists are generally regarded (chiefly by themselves) as being a little superior to doctors who work in the more cloacal parts of the medical swamp.

The stereotypical neurologist is a bow-tied, pin-striped aristocrat, bringing the deductive skills of Sherlock Holmes to the diagnosis of largely incurable diseases. The Anglo-American neurologist Oliver Sacks, who wrote about many of his patients, including The Man Who Mistook His Wife for a Hat, set off this avalanche of neuro-reminiscence.

Sir William Osler once wrote that “to talk of diseases is a sort of Arabian Nights entertainment”, and I was always dubious about Sacks’s grotesquerie, which was mercilessly guyed in Wes Anderson’s film The Royal Tenenbaums.

The neurologist and author Raleigh St Clair (brilliantly played by Bill Murray and partly based on Sacks) studies a pre-adolescent boy called Dudley Heinsbergen, who has a rare neurological syndrome characterised by “amnesia, dysplexia and colour blindness, with an acute sense of hearing”.

Sacks’s success inspired several neurologists, including Trinity College graduate Suzanne O’Sullivan, who won the Wellcome Prize for her 2015 book It’s All In Your Head.

These neuro books are of variable quality, ranging from Andrew Lees’s brilliant Mentored by a Madman to the solipsistic and unintentionally hilarious Mirror Touch by the American neurologist Joel Salinas.

Niall Tubridy’s Just One More Question: Stories from a Life in Neurology is the latest addition to this groaning book-shelf. The book combines patient stories and reflections on Tubridy’s upbringing and training. The stories are competently told, and he renders sometimes complex medical concepts understandable for the general reader.

He tells the stories (or “narratives” as we must now say) of people with the various common neurological diseases, including multiple sclerosis and Parkinson’s disease, and less common conditions such as coital cephalgia (orgasm-induced headache).

Tubridy rightly stresses the primacy, in neurological practice, of the old-fashioned skills of history-taking and detailed physical examination. Indeed, the book’s title was inspired partly by the 1970s TV detective Columbo’s catchphrase “just one more thing”, usually the prelude to Peter Falk solving the case.

He concedes that many of his patients do not have any neurological disease as such: “One of the great secrets of modern medicine is that doctors are trained to treat the sick but, in fact, are frequently treating the well.”

Ireland is particularly prey to the phenomenon of “my disease is better than your disease” and gimmicky awareness campaigns. Tubridy observes that the internet and such campaigns have led to “hyper-awareness and, in many cases, to borderline hypochondriasis”.

He singles out the Ice Bucket Challenge, where good sports (including Leo Varadkar) submitted to a dousing with ice-cold water to raise awareness of motor-neurone disease: “Around the time of ‘the challenge’, I encountered numerous young men at their wits’ end asking whether they were dying of this terrible disease.”

Tubridy is good on the sometimes unbearable pressures on doctors. He admits that “meetings with patients and their families can be emotionally fraught and take their toll”. A typical day at the clinical coalface leaves him with a knot in his stomach and insomnia, not helped by “the expectation of constant availability”.

“Difficult” patients and families, he observes, are both time-consuming and spiritually draining: “As in most walks of life, it is the 5 per cent of people who take up 95 per cent of our time.” Like many Irish doctors, Tubridy has been threatened with the ultimate professional sanction – I’ll talk to Joe: “This small but vociferous minority of dissatisfied patients frequently warns us that our perceived shortcomings will be exposed in the media, particularly on Joe Duffy’s Liveline.”

Just One More Question is occasionally bland, even Pooterish: “Once we are clear on each of our roles,” he writes of ward-rounding, “we will visit with each patient at their bedside, and I will introduce myself and shake their hands to wish them good morning.” The phrase “it would break your heart” is rather over-used. The book truly comes alive only when he writes about his late father, a psychiatrist who specialised in alcohol addiction. After his parents’ separation, Tubridy chose to live with his father, who “fell out of love with the job of being a doctor”.

Dr Patrick Tubridy emerges as likeable and humane, complicated and melancholic; I wished the book was about him.

Seamus O’Mahony is a consultant physician and clinical professor at Cork University Hospital. His first book, The Way We Die Now, won the British Medical Association’s Council Chair’s book award in 2017. Can Medicine be Cured? The Corruption of a Profession was published in February by Head of Zeus

Outdoors is the future of live performance, and it’s time to get it right
4