The page founded by David Marcus, which launched the careers of many of our best known writers, has found a new home 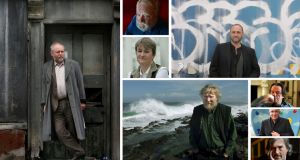 When Frank McGuinness, the playwright, was 16 a teacher told him that he’d never get to university, that nobody from his background in Buncrana, in Co Donegal, ever had. “I remember saying nothing, but inside I said, ‘Well, I’ll do it, and I’ll do it without you.’ And I did.” McGuinness won a scholarship to University College Dublin and started writing, but he couldn’t get anything into the student magazines. So he sent a poem about the death of his grandfather to New Irish Writing at the Irish Press, and it was accepted. He was 20. “And that really was the beginning of it.”

That such a national platform for first-time writers could play so influential a role in Irish literature for so long is ultimately down to a chance connection between two Cork men who never met but, even though two centuries apart, somehow shared a common vision.

Their story goes back to the 18th century, when Richard Hennessy left Cork with the Wild Geese to join the army of King Louis XV of France, eventually settling in the small town of Cognac, on the River Charente, where in 1765 he produced a beautiful aromatic amber drink that became synonymous throughout the world with brandy. The Hennessy family never lost touch with the country Richard left behind. They developed a particular fascination with Irish literature and the unique way Irish writers have with words.

Now jump forward to Cork in 1946 and the founding by 22-year-old David Marcus of a literary quarterly, Irish Writing, that would champion the Irish short story, a medium for which he had passionate concern.

The grandson of Lithuanian immigrants who found sanctuary in Cork at the turn of the century, much as Hennessy had in France, Marcus grew up steeped in the Yiddish of his Jewish home while attending Catholic schools, where he learned to speak Irish.

Although just out of college, where he studied law, he had the chutzpah to coax contributions to Irish Writing from Seán O’Casey, Frank O’Connor, Seán Ó Faoláin, Liam O’Flaherty and Samuel Beckett, then virtually unknown outside France and still to write Waiting for Godot. George Bernard Shaw was one of the few to turn Marcus down.

The magazine folded in 1954 – the year Marcus published his debut novel, To Next Year in Jerusalem, a partly autobiographical story about a young man from the Jewish area of Cork – locally known as Jewtown – who is torn between love for a Catholic girl and an urge to go to Palestine to join the struggle for Jewish independence. Marcus himself would never get to Jerusalem, once joking that “I might like it, and I might not.” He migrated instead to London, to work in insurance for 11 years.

When he returned to Dublin in 1967 he was dismayed to find that the literary journal in Ireland had become a thing of the past. Irish Writing was dead, and the Bell, Envoy, the Irish Bookman, the Dublin Magazine and the Kilkenny Magazine were dead or dying. He feared that their disappearance would result in a stifling of new voices and, eventually, the death of a great tradition.

Realising that anyone attempting to launch a magazine would face financial ruin, he had the brainwave of launching a weekly page giving equal billing to both new and established writers that would achieve a wide readership by appearing in a national paper.

On his way to The Irish Times to pitch his idea of a literary outlet that “would cost nothing to print and nothing to buy”, he bumped into Seán McCann of the Evening Press. They chatted in a pub. McCann mentioned this to Tim Pat Coogan, editor of the Irish Press, who rang Marcus and asked to meet him that night. “I went in hot-foot, polishing my proposal on the way, and within half an hour New Irish Writing was born,” said Marcus.

The page was an immediate success – Beckett promised, “The first presentable text in English I succeed in writing will be yours” – and achieved even greater impact when it caught the attention of the Hennessy family, ever open to an opportunity to strengthen their cultural ties with Ireland. They agreed to sponsor annual literary awards highlighting the best writing published each year on the page. The winners of the inaugural awards, in 1971, were Dermot Morgan, Patrick Buckley, Kate Cruise O’Brien, Desmond Hogan, Liam Murphy and John Boland.

Among other writers to break through in early issues of New Irish Writing were Dermot Healy, Ronan Sheehan, Michael Harding, Patrick McCabe, Deirdre Madden, Neil Jordan and, in 1979, Sebastian Barry, who heard about the acceptance of his first story, The Beast, while living in a tiny room in Paris on the pittance he earned from a language school. “I was riddled with doubts. You begin to think that you’re just a broken old radio set which doesn’t have a wire leading into it. That the things you are broadcasting are just words falling on the ground.”

Marcus didn’t just discover unknown writers in New Irish Writing: he also found love. Ita Daly, who started writing out of loneliness at University College Dublin, submitted a story that he didn’t publish. But he met Daly to talk about it – and told her there was something there. As she told me later, “that’s all anyone wants by way of encouragement”. They started going out, and eventually married. Poolbeg published her first collection, in 1980; her first novel, Ellen, was published by Jonathan Cape.

New Irish Writing continued under Marcus’s editorship until 1986, and for another two years with the novelist Anthony Glavin in charge, before, in April 1988, losing its slot when the Irish Press, struggling to survive, became a tabloid.

As luck would have it, Vincent Browne had lured me to the Sunday Tribune from the Sunday Independent, where I’d published stories and poems by writers such as Dermot Bolger, Philip Casey and a young barrister, Mary McAleese. We approached Marcus, and New Irish Writing found a new home under my editorship, with Marcus as a consultant.

The Hennessy Literary Awards format was revamped to include a poetry prize for the first time, plus an overall New Irish Writer of the Year. The first winner, in 1989, was Joseph O’Connor, who, penniless in London with nothing but rejection slips, had been about to give up fiction when we accepted his first story, The Last of the Mohicans. “I’d just about lost heart,” he told me.

It’s been a humbling privilege over more than a quarter of a century to watch so many of our New Irish Writing debutants go on to become established writers. Colum McCann, whose father, Seán, had supported David Marcus’s hunch back in 1968, matched O’Connor’s success by winning the 1990 New Irish Writer of the Year award with his first story, Tresses.

In all this time the Hennessy belief in the Marcus ideal was personified by Maurice Hennessy, a direct descendent of Richard. He travelled from France for the awards nearly every year, and made a point of reading books by the judges, and also many of the shortlisted stories, hoping to spot a winner. “Together we’ve seen a whole new generation of Irish writers emerge,” he said.

And now the story has come full circle as New Irish Writing marks the 250th anniversary of the company Richard Hennessy established in 1768 by moving to a new home at The Irish Times, another new beginning.