My Life in Loyalism: Billy Hutchinson’s journey from paramilitary to politician

Book review: A reminder of some of the dark contradictions within the myths of loyalism 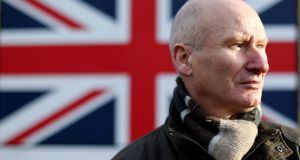 All politicians, all politics, all political movements – even those that descend into violence – contain contradictions. Loyalism, and specifically that of Billy Hutchinson, the most prominent surviving former loyalist paramilitary still engaged in electoral politics, is no different.

The figure that emerges from this memoir, My Life in Loyalism, co-written with Gareth Mulvenna, is of someone both persuaded of the futility of violence but still convinced – at least to some extent – of its occasional necessity, or perhaps its inevitability, in certain circumstances.

10 Kazuo Ishiguro: ‘I have to be careful to guard against genius syndrome’

11 Covid-19: Ireland could be ‘close to normal’ by end of year, says Dr Ronan Glynn

18 How many masks should you wear while out and about this weekend?

19 Relax, boomer: Gen Z and the millennials have turned on one another

23 Moses Farrow: ‘I felt inherently like I was a bad kid. The abuse at home reinforced that’

24 North’s status under Belfast Agreement is an inconvenient truth

28 ‘Ireland is a great country, but we can’t help ourselves being nasty to people sometimes’

33 Meet Pádraig, former J1 student, whose robotic exoskeleton has given him new hope

34 All vaxxed up with no place to go, Londoners start to unwind the lockdown

38 ‘The Art of War’: As relevant now as when it was written

39 Public support for lockdown will nose dive once vulnerable vaccinated