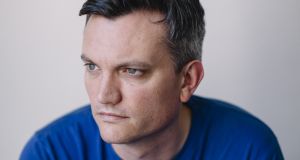 Mark O’Connell, the Dublin-based author of To Be a Machine has been shortlisted for the 2018 Wellcome Book Prize, which celebrates the best new books on health, medicine and illness. He is the only man on the list and one of four debuts.

The other shortlisted titled are Stay With Me by Ayobami Adebayo; The Butchering Art by Lindsey Fitzharris; With the End in Mind by Kathryn Mannix; Mayhem: A memoir by Sigrid Rausing; and The Vaccine Race by Meredith Wadman.

Chaired by artist and writer Edmund de Waal, this year’s judging panel have selected a rich and varied shortlist – one novel, one memoir and four nonfiction books – connected by our complex relationship with mortality. The titles explore bereavement, loss and the fragility of life, consider medical innovations developed to escape death, and reflect on why we should talk more about dying.

De Waal said: “The demand of judging the Wellcome Book Prize is to find books that have to be read, books to press into people’s hands, books that start debates or deepen them, that move us profoundly, surprise and delight and perplex us, that bring the worlds of medicine and health into urgent public conversation: books that show us what it is to be human. These are six powerful books to read and share.”

This year’s nonfiction titles chart the past, present and future of scientific progress. O’Connell looks to the future in To Be a Machine, investigating and questioning the transhumanism movement and the aim of using technology to extend life and push the human body beyond its current limitations.

Judge Sumit Paul-Choudhury said: “Mark O’Connell goes from the sublime to the ridiculous in To Be a Machine - deftly skewering those who think the answer to humanity’s frailty is to leave it behind, in a book which itself manages to be simultaneously hilarious, touching and utterly humane.”

Fitzharris evokes the grisly world of Victorian surgery, as Joseph Lister brings centuries of savagery, sawing and gangrene to an end in The Butchering Art. Wadman takes us into the 20th century in The Vaccine Race, presenting the game-changing story of the rubella vaccine breakthrough that has since protected hundreds of millions of people worldwide. The final title is a tender and insightful exploration of one of society’s major taboos. Palliative care consultant Mannix makes a compelling case for approaching death not with trepidation but with openness, clarity and understanding in With the End in Mind.

Adebayo’s heart-breaking debut Stay with Me is the only novel shortlisted. It offers an insight into fertility, family and the devastating effects of sickle-cell disease in 1980s Nigeria. Rausing’s memoir, Mayhem , uses the author’s own experience to explore the power of addiction and the impact this has on loved ones.

The winner will be revealed at an evening ceremony on April 30th at London’s Wellcome Collection. Previous winners include Maylis de Kerangal (author) and Jessica Moore (translator) for Mend the Living in 2017 and Irish doctor Suzanne O’Sullivan for It’s All in Your Head in 2016.