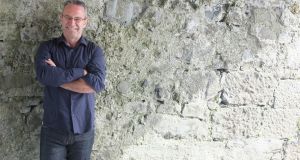 Published over two decades ago, Harry Potter and the Philosopher’s Stone topped the list of the most borrowed library books in Ireland last year.

The second most popular book borrowed from public libraries was Diary of a Wimpy Kid: Old School, by author Jeff Kinney.

All of the top 20 most borrowed books in 2018 were children’s books, with several by JK Rowling, Roald Dahl, David Walliams, and Jeff Kinney making the list.

The 2016 novel, Solar Bones, by Irish writer Mike McCormack was the most commonly borrowed adult book. Television chat show host Graham Norton’s book Holding was the next most popular library book taken out by adults last year, followed by Lying in Wait by Liz Nugent.

Other popular books checked out by adults included Guinness World Records 2018, and the Road Safety Authority driver theory test guide. Novels frequently borrowed included The Break by Marian Keyes, Woman in the Window by A J Finn, and Skin Deep by Liz Nugent.

American author James Patterson topped the list for the most read author among adults. He was also the only adults’ book author to make the list of the 20 overall most popular authors. Among some of the other most popular authors borrowed by adults were Nora Roberts, Lee Child, Anthony Horowitz, John Grisham, John Boyne, and Roddy Doyle.

The statistics from public libraries across the country were compiled by the Local Government Management Agency.

Tom Enright, chair of the National Libraries development committee, said the amount of children’s literature among the list of most borrowed books was positive. “I am very encouraged to see so many children’s books and authors on the list,” he said.

“The Irish public library collection has over 12 million items available . . . completely free, and we are inviting everybody, young and old, to explore what’s on offer,” he said.