In praise of older books: Into that Darkness by Gitta Sereny (1974) 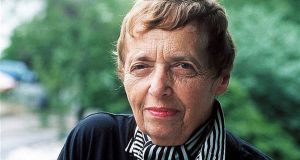 Gitta Sereny looked Stangl in the eye. And in doing so she challenges us to look at ourselves.

Treblinka extermination camp. Some 700,000-900,000 Jews and 2,000 gypsies murdered there. Franz Stangl, Kommandant, described his first impressions: “ “I stepped knee-deep into money. . . I waded in notes, currency, precious stones, jewellery . . . The smell was indescribable; . . . thousands of bodies everywhere.”” Under his command it would become an efficient operation. “I’d be working in my office . . . till about eleven. Then I made my next round, starting up at the Totenlager. By that time they were well ahead of the work up there.” Gitta Sereny who spent 70 hours interviewing Stangl, elucidates: “By this time the 5,000 to 6,000 people who had arrived that morning were dead: the ‘work’ was the disposal of the bodies which took most of the rest of the day.” Stangl continues: “A transport was normally dealt with in two or three hours. At twelve, I had lunch . . . we usually had meat, potatoes, some fresh vegetables.”

Sereny met Stangl in 1971. He was in prison in Dusseldorf, appealing against a life sentence; she was looking for answers. “Whether evil is created by circumstances or by birth, and to what extent it is determined by the individual himself, or by his environment.” Stangl dissembled, lied, excused, justified. But Sereny would not give up. She questioned him, hour after hour. “ “My conscience is clear about what I did, myself,” he said. As he always said. “But I was there . . . So yes,” he said, finally “in reality I share the guilt.”

Nineteen hours later, Stangl was dead from heart failure. Sereny speculated; he died, “because he had finally, however briefly, faced himself and told the truth.”

Into That Darkness tells a savage truth. It’s a “look away” kind of book. But look away at your peril. Sereny looked Stangl in the eye. And in doing so she challenges us to look at ourselves. To ask: who am I? What would I do? What is my truth?