I Am Dynamite! A Life of Friedrich Nietzsche review: A gripping read 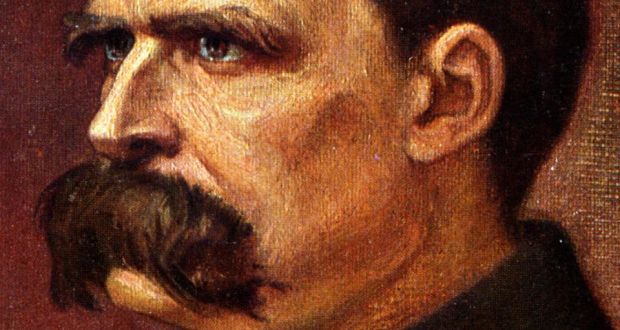 Book Title:
I Am Dynamite! A Life of Friedrich Nietzsche

On the morning of January 3rd, 1889 a half-blind German professor, sporting a luxurious moustache, left his lodgings on the third floor of Via Carlo Alberto 6 in Turin. He was used to taking his daily walk through the famous arcades of the city, which shielded him from the light, and along the banks of the river Po. He would walk up to five hours a day, which explained his muscular frame: somewhat in dire contrast to the various illnesses that notoriously plagued his life.

But that day he did not get very far. He walked less than 200m to the Piazza Carignano, and what happened next is the stuff of legend: seeing an old recalcitrant horse being flogged mercilessly by its owner, the professor threw his arms around the horse to protect it – perhaps even whispering “Mother, I have been stupid” in its ear (how can anyone have heard that?) – and collapsing. He was saved from being escorted by two policemen to the asylum by his landlord, Davide Fino, who brought him home. We might never know exactly what happened on that fateful day, but one thing is certain: the productive and intellectual life of the great philosopher Friedrich Nietzsche had come to an end.

In her wonderfully gripping new biography of Nietzsche – the type you stay in bed all Sunday just to finish – Sue Prideaux casts doubt on this story. Indeed, the horse only makes an appearance in the legend 11 years later – in 1900, the year of Nietzsche’s death – when a journalist interviewed Fino, the landlord, about the events of the day. And only in the 1930s – more than 40 years later – do we hear about the horse being beaten and Nietzsche breaking down in tears; this time in an interview with Fino’s son, Ernesto, who would have been about 14 at the time.

Despite no corroboration on the German side – from neither his sister nor his friend Overbeck, who brought him back to Basle – the “Nietzsche horse meme”, to put it in today’s terms, has proved hugely popular. It features in Milan Kundera’s The Unbearable Lightness of Being, and the horse itself has got its own biopic in the form of an 2011 film The Turin Horse by Hungarian film-makers Béla Tarr and Ágnes Hranitzky, which proposes a storyline of what happened to the horse after the event. To make things even stranger, the story of a horse being flogged to death appears in Nietzsche’s favourite author Fyodor Dostoyevsky’s Crime and Punishment, written when the latter was 44: exactly Nietzsche’s age when he broke down. 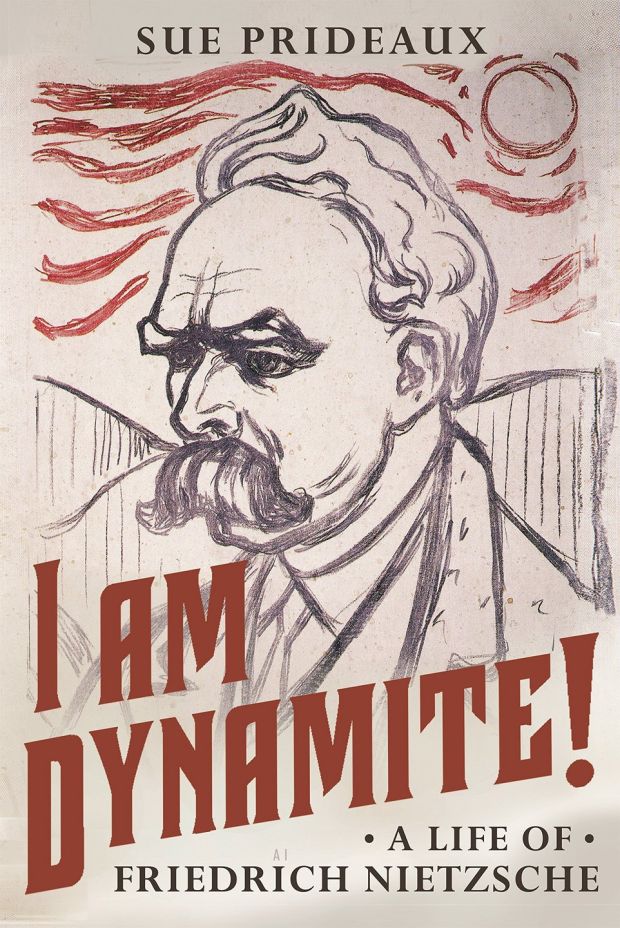 Prideaux casts even more doubt on the cause usually attributed to this insanity: syphilis. Popularised by Thomas Mann’s novel Doctor Faustus, which has a Nietzsche-like character contract syphilis in a brothel, the evidence simply doesn’t stack up. Although diagnosed as such when admitted to the asylum in Basle, Nietzsche showed none of symptoms now associated with it: no tremor, faceless expression or slurred speech. If he was at an advanced stage of dementia caused by syphilis, Nietzsche should have died within the next two years; five max. He lived for another 11. The two infections he told the doctors about were for gonorrhoea, contracted when he was a medical orderly during the Franco-Prussian War.

Instead Prideaux puts forward the – correct – view that Nietzsche probably died of a brain tumour, the same “softening of the brain” that had taken away his father, a rural pastor, when Nietzsche was a boy. Indeed both sides of the family showed signs of neurological problems, or of suffering of “nerves”, as one put it at the time. Nietzsche’s younger sister Elisabeth certainly seemed prone, in posthumously making him palatable to the Nazis in her Nietzsche Archive in Weimar, to a degree of megalomania herself (she had herself buried in the middle of the Nietzsche family burial ground, on the spot originally reserved for her brother).

At stake is whether Nietzsche’s writings, and especially his theory of the Übermensch, should just be dismissed as the ravings of a madman. Here the story of the horse takes on particular importance: if true it would mean Nietzsche repented his views, asking for forgiveness for having demanded that modern man should “overcome” himself, to become “hard” by eschewing pity. This is certainly Kundera’s view, and it makes for a much nicer, more docile Nietzsche. But if there is no horse, or at least if there is no sobbing and protecting a flogged horse – that there is a mental breakdown is beyond doubt – then Nietzsche means what he says and his thinking is, in the words of Prideaux, dynamite.

Nietzsche’s infamous line concerning women is of course “You go to women? do not forget the whip!” Yet in the photo that immortalised that phrase it is Lou Andreas-Salomé, the Russia psychoanalyst and muse of Freud, who is holding the whip, with both Nietzsche and his friend Paul Rée pulling the cart. As Prideaux shows, Nietzsche entertained relations with, and was appreciated by, the leading women – sometimes feminist women – of his day.

The picture she paints of Nietzsche’s early time in Tribschen with the composer Richard Wagner and his wife, Cosima, who came to greatly appreciate the young professor, is, with the description of the silk-lined house and bucolic walks in the mountain, worthy of a Turner, and the book is laced with humour and the eye for a bon mot. Much like her previous two biographies, on Munch and Strindberg, who were both influenced by Nietzsche.

Prideaux’s Nietzsche is one who is invested with all the hopes and aspirations of a family that has lost a father at a young age, and who is perceived, within that intimate circle, as something approaching a god. He more than fulfilled that destiny, but ultimately not in the way either his mother, a devout Christian, nor his sister would have wished. And for it he paid the highest price. With Nietzsche’s life we are again left to ponder the tribute genius must pay to insanity.
Hugo Drochon is the author of Nietzsche’s Great Politics

Fighting words: Fragments of wonder from our younger generation