In a valley in Kerry, a man dies suddenly at a crossroads

The Good People book review: Hannah Kent is inspired by a trial involving sorcery and changelings 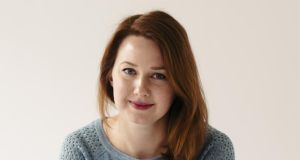 Hannah Kent: she aims to uncover a time and place documented only in memory and the oral tradition

It’s 1825, in a valley hidden in inland Co Kerry. A man dies suddenly at a crossroads, the site reserved for burying suicides, and, triggered by the unmanageable grief of his widow, Nóra, havoc is unleashed. Hannah Kent’s second novel, inspired by a real-life account of a trial involving sorcery and changelings, takes risks. It aims to uncover, through writing, a time and place documented only in those most unliteral of places: memory and the oral tradition.

The challenge is compounded by language. The original versions of Kent’s characters would have spoken Irish, but Kent is Australian, writing in English. And so we have a problem, similar to that faced by the Anglo-Irish proponents of the cultural revival. How do you write about a culture that’s not yours? How do you communicate its logic when you don’t know its language?

At times in The Good People, particularly in the dialogue peppered with the likes of ’tis, ’twas and begod, the tension this question raises pulls at the narrative’s seams. I couldn’t help thinking of the lost-in-translation Oirishness of JM Synge on the page. Or Peig, which I resisted at school because I couldn’t see its relevance to my urban, anglophone, 1980s teenage experience.

Yet this problem, while partly offset by Kent’s impressive scholarship and evocative nature imagery, also resonates strangely appropriately with the novel’s themes.

Like Robert Wynne-Simons’s beautiful film The Outcasts, The Good People portrays a world at its own crossroads, hovering between past and present, priest and bean feasa, rigorist Catholicism and the nature rituals of earlier belief systems. With sensitivity, Kent explores how her characters manage these contradictions in an attempt to keep their minds, morality and humanity intact.

The novel is threaded with references to thresholds: places “where the unknown world could bleed into the known”. It is in these cracks that we find the novel’s heart, and this staining of the visible by the invisible is what occupies its three protagonists: angry, loss-obsessed Nóra, her uncertain maid, Mary, and Kent’s most marvellous creation, a wise woman named Nance Roche, whose brave, flawed goodness makes you gun for her the moment she steps off the page.

Like Kent, digging to find the truth of her fictional world under its Finian’s Rainbow weight of received notions, Nance’s mission is to uncover, identify and interpret the code of her own hidden world, the one ruled by Them, the “good people”. The novel never, or nearly never, personifies the sídhe. Capricious, unseen, ever present, they lurk under hills and in boundary waters, shaping lives, blessing milk, killing babies. Nance is special because she holds “the knowledge” of Them, passed to her by her Aunt Maggie, which she uses to heal, mourn, protect.

Later she will be compelled, under the same inexorable grind of fate that drove Oedipus and Medea, to use her gift to exorcise the fairy out of Nóra’s grandson, Micheál. Pitiful and haunting, Micheál is a boy born out of his time, into a world that can’t understand him – although it can, actually, and that’s the tragedy. The valley people know too well what Micheál is. Not innocent “cretin”, as the puritanical Fr Leahy has it; Micheál is, literally, a curse.

This interpretation makes absolute sense for a community eking a living out of a land they don’t own, who subsist only on potatoes and bread, who raise hens and cows but have to sell their produce to pay tithes. Micheál is a curse, because he can’t provide value. Significantly, he can’t provide it to Nóra, who has no sons, or husband, and who will have to pay other men at harvest to avoid eviction.

Kent is strikingly subtle in suggesting wider context. The landlord class forcing the valley people’s harsh logic appear only in glimpses – a courtroom, a Killarney street; they’re as elusive as the sídhe. It’s perhaps this subtlety that allows the novel to address that other big problem around cultural reconstruction: how to write about deprivation from a place of power.

I take another look at Micheál; his emaciated limbs, his green-stained mouth. I’ve seen him before. And Kent’s good people of the valley will see him again too, 20 years hence. Sídhe incarnate. Fear gorta, hunger man, ravenous ghost of the potato blight.