Growth of the Soil by Knut Hamsun: a simple reminder of what matters

Old favourites: Lucy Sweeney Byrne on her most loved texts 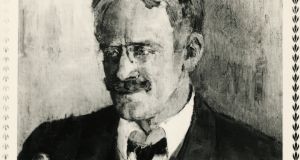 Knut Hamsun, winner of the Nobel Prize for Literature in 1920 for Growth of the Soil. Photograph: Getty

“Art, newspapers, luxuries, politics were worth exactly as much as people were willing to pay for them, no more; the growth of the soil, on the other hand, had to be procured at any cost.”

This is the philosophy at the heart of Growth of the Soil (translated by WW Worster), first published in Norway in 1917 and securing for Knut Hamsun the Nobel Prize for Literature in 1920. A frontrunner of Norwegian new realism, the novel was a turn away from the neoromantic style Hamsun had pioneered and so grippingly evinced in Hunger, his first masterpiece (a book I could have happily included here too, although for entirely different reasons).

Instead, in Growth of the Soil offers a vision of mankind at its very roots; the beginnings of families and communities, and the slow, steady unfurling of interconnected lives.

There’s a deep religiosity in the book, but it’s not any sort of monotheism (although the characters are God-fearing); instead, this a worshipping of the earth, its seasons, and of humanity’s rightful place within its systems. It’s a love song to nature, to a way of living peaceably and diligently, that Hamsun felt was fading from the world.

In this way, it’s also a lament. Characters who are modern, over-educated or who lack natural simplicity are flawed, even tortured. Exposure to big cities proves dangerous. People sin, become frivolous and vain, and can’t find contentment.

Isak, the “margrave,” the centrifugal character, and Sivert, his second son, are the quiet heroes of the novel: they’re happy to work hard every day, happy with their achievements on the farm, and with the gentle, cyclical passing of their years. They sow seeds and harvest crops, they persevere through misfortunes. Their animals multiply.

This novel is a reminder of life’s fundamental principles, of what’s actually needed to live well. I take this book out and flick through its pages whenever I’m feeling hopeless, or bored, or, like buying something I don’t need online, as a simple reminder of what matters: home, love, the beauty of the passing days.