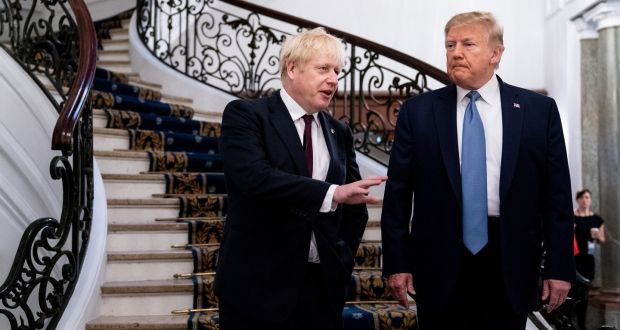 Narrative and the persuasion of the public through emotional rhetoric has always been central to political affairs. Given the requirement in a democratic society that the public must vote for one candidate or another - must give their consent to the actions of our representatives - this project of persuasion is crucial to any political actor who wishes to succeed. And so they become just that - actors - playing their part in a carefully constructed political theatre whose entire purpose is to win votes and continued support from the public.

It was Noam Chomksy who wrote, aptly, that “propaganda is to a democracy what the bludgeon is to a totalitarian state”. While we’d be forgiven in the current climate for wondering where democracies end and totalitarian regimes begin, it remains clear that the construction and framing of narrative is crucial when it comes to the taking and keeping of political power. Whose story do we believe, and why? What makes a story most likely to be believed? Which story will win an election?

Taking his cue from Aristotle’s The Art of Rhetoric, rather than Chomsky, Seargeant explains in a compelling manner how age-old narrative and dramatic techniques have been co-opted by political actors, and how the very concepts of truth, reality and fact have been thrown into doubt by Trump and Conway, Johnson and Cummings. In the post-truth political spectacle, these powerful voices seem to embody post-modern thought, in a baffling, nihilistic way. As Kellyanne Conway put it: “Everybody has a way of interpreting [facts]to be the truth, or not truth. There’s no such thing, unfortunately, anymore as facts.”

Seargeant’s book succeeds in providing a distanced and even neutral deconstruction of the ways in which politicians succeed - and fail - through their use of narrative and dramatic technique. He shows brilliant insight into how imagined communities - national cultures and political groups - are formed through story-telling, and the fascinating ways in which culture and politics interact and influence one another. He exposes the smoke and mirrors through which we come to understand the political world in which we participate and observe. This is a revealing account of the dramatic underpinnings of realpolitik, and the ways in which we are susceptible to familiar, comforting narratives that promise impossible Hollywood endings. Trump comes across as a rooky, scheming, morally bankrupt Gatsby, defrauding Americans with his gauche theatre.

Political storytelling is an art, Seargeant explains, and it can be done well. But where does art end and plain deception begin? What, in the political sphere, constitutes a lie? Treating political storytelling as an art is akin to writing about the art of murder (as De Quincey did in his satirical essay, On Murder Considered as One of the Fine Arts). Yes, there is technique, but let us not be so bowled over that we forget a crime has been committed.

Carefully, Seargeant moves beyond this trap and delivers a thorough, nuanced account of the ways in which a paranoid nihilism has gripped political discourse, and has been exploited by those in the spotlight. Politics-as-entertainment has got to the point, he says, where it harms the actual workings of government. Real life, whether in office or elsewhere, cannot be reduced to a simple storyline, and so the cracks continue to show. Spin can only interpret facts (such as death rates) so far.

As enlightening as this book is, I found myself wanting to know more. Are people fundamentally passive, emotional beings, and so particularly vulnerable to melodramatic messages about the “threat” of foreigners - or are they simply racists to begin with, before the curtain has gone up? There is little here about the contextual social structures that also affect the success of a political campaign, and more generally, who the public are willing to believe. There is little about the legacy of colonialism, racism and sexism, and how the cultural heritage of Western states relies so heavily on these ideas. There is little about how people are socialised to believe some people and some stories more than others, how Western culture promotes a certain type of hero.

This is a brilliant deconstruction of propaganda and how it co-opts dramatic and narrative technique, throwing into doubt truth, fact and identity. But anyone who wants to consider a more critical interrogation of the stories we are told, and the stories we can tell, should complement it with authors such as Edward Said, Stuart Hall, Judith Butler and Noam Chomsky.