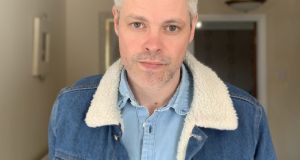 William Hussey: “If, in the eye of that storm, I had glimpsed just one person – real or fictional – who was like me, I might not have spent so many years riddled with self-doubt and misery.”

By this, I mean I didn’t experience any direct, violent homophobia. I wasn’t beaten by my parents because they suspected I was gay. I wasn’t victimised at school on the basis of some rumour. The worst that happened to me was being chased down the street one sticky summer afternoon by a bully who screamed “faggot!” after me, though I doubt he even suspected how close he was to the truth. It was just a handy bit of hate he plucked out of the air, a random bullseye that left me shaking with the conviction: he knows.

Back then, in the eye of this cyclone, it was difficult to map its cause. Now, 20 years distant, but still storm-tossed, I can see more clearly. I was born the son of a travelling showman. A decent, hardworking man – part of that resilient and vivid community that still travels the length and breadth of the British Isles, setting up their rides and attractions on village greens where fairgrounds have been hosted for centuries.

Whatever storytelling ability I have, I owe to my people. For their very survival, they have honed the art of spinning a yarn, of captivating an audience, of pulling in a punter with unlikely but irresistible fictions. My childhood was spent at their feet, listening to aged aunts toss stories between each other, picking up a thread and weaving it into a tantalising tapestry.

There is loyalty here. Fierce love and loyalty for the community and its members. But like many minorities who have suffered intolerance and prejudice, there is also a tendency towards their own conservatism and an instinct to define themselves in opposition to others. For me, this took the form of homophobia. At the age of 13, just when I was starting to understand my own sexuality, I discovered that my dad’s brother was gay. I mentioned it to a family member and was quickly hushed – “Just imagine how that makes your dad feel”.

Those words seared themselves into my consciousness. Suddenly my uncle’s entire existence began to make sense: he was subtly set apart from the rest of the travelling world, living in a weird hinterland of unbelonging. I don’t think he was overtly harassed or insulted – although his nickname, Ginger, was taken from old rhyming slang (ginger beer – queer) – but he was othered. Never quite ostracised, never quite accepted, he cut an acutely lonely figure in a community that was all about fellowship. Certainly not a life his nephew would ever want to emulate.

In addition to this, I grew up under the shadow of Section 28. In the mid-’80s, my father had “settled down” (stopped travelling) and opened an amusement arcade in Lincolnshire – the birthplace of Thatcher and the beating heart of Toryism. In this rural “idyll”, the only homosexuals I saw were caricatures in sitcoms, stereotypes to be ridiculed. At this time, the government had amended the local government act so that authorities and schools could not “intentionally promote homosexuality… or promote the teaching of the acceptability of homosexuality as a pretended family relationship” (a law that wasn’t repealed until 2003).

The effect was devastating, especially for those of us raised in communities where queerness was already verboten. Even if they wanted to, teachers could not tell us we were OK, just the way we were. We received no positive reinforcement, no education about LGBTQ+ history, no sex education. The result for many was disaster: self-hatred, self-harm, suicide, illness and premature death.

And so the legacy of my childhood was long and painful. I experienced joys I couldn’t share, losses I had to bear on my own. It took me decades to finally come out to my family and the fairground community. By that time things had mercifully moved on and I was met – by and large – with support and kindness. But those wasted years taught me one thing above all others: representation matters.

And this is why I wrote Hideous Beauty.

I had been a published children’s writer since 2010, but I’d never written a book with a queer main character. There were many reasons: the publishing industry has changed immeasurably in the past few years, actively encouraging own voice narratives in way it didn’t when I started out. But honestly? I suppose I just wasn’t ready to write about something that touched so close to home as coming out and the insincere “acceptance” so many LGBTQ+ people face. In 2018, however, I decided that homophobia had to be the theme of my next book.

Although I’d grown up in this perfect storm of open prejudice, I sensed that most queer kids now faced a subtler but equally damaging form of homophobia. Still, it was important to test that assumption before I started writing, and so I arranged interviews with a host of LGBTQ+ school clubs. When I asked about their experiences, the kids were both frank and articulate, and soon enough a pattern of modern intolerance started to emerge.

A typical example: a boy comes out to his father. His father grudgingly “accepts” this – until his son decides to attend his first Pride event. Excited, the kid dresses “too flamboyantly” for the father’s liking and is screamed at and told to leave the house. The kid ends up living with his grandparents or, in some cases, is out on the street.

This was the case over and over again. “Acceptance” so brittle it wasn’t worth anything at all. And although these kids didn’t necessarily meet with violence from loved ones, family rejection still placed them in just as vulnerable a position – physically and emotionally – as the more outright homophobia I’d encountered 20 years before. So this became the message of Hideous Beauty – for acceptance to be worth anything it must be on the terms of the LGBTQ+ person asking for it, not those “offering” it.

Each generation encounters a different kind of homophobia, perhaps, but the damage inflicted remains the same. This is why representation matters. In art and culture and society. If, in the eye of that storm, I had glimpsed just one person – real or fictional – who was like me, I might not have spent so many years riddled with self-doubt and misery. To see yourself reflected as a real human being, with worth and dignity? To feel even that arm’s-length measure of acceptance? That might not only save a gay kid many wasted years – it might just save their life.
Hideous Beauty by William Hussey is published by Usborne, at £7.99