Fresh portrait of our ancient past: Ireland in the Medieval World AD 400-1000

Edel Bhreathnach combines historical, archaeological and environmental evidence with insights from anthropology, cognitive science and critical theory to give the reader a fresh portrait of the landscapes of Ireland 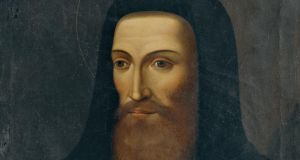 The foundations for this splendid book have been laid down over many years of research and the publication by the author of numerous papers that prepared the way for this substantial statement. Edel Bhreathnach combines historical, archaeological and environmental evidence with insights from anthropology, cognitive science and critical theory to give the reader a fresh portrait of the landscapes of Ireland. It is particularly effective in marrying the large amount of new archaeological evidence for settlement with history, placelore, law, literature and genealogy.

Bhreathnach writes with great empathy about women and children and tries to cast light on the lives of the poor and unfree, who are so often beyond the reach of history. Kingship and religion are highly visible, but the worm’s-eye view is not often given the attention that it receives here.

The author begins with a survey of the writing of history in Ireland. Her very first sentences deal with our conviction that we Irish are uniquely “dreamers, poets, storytellers and writers”. These traits, she says, are a common attribute of humanity. We have also believed ourselves to be the axis on which the world spins – perhaps we still do. She goes on to explain the nature of history in early Ireland: it was called seanchas, and it drew on “history, myth and tradition”. Historians were seanchaide.

Both words have drifted away from their original meaning, but in early Ireland history was very important, and the historians of the time were essential, among other things, to the administration of the law, the validation of title and much else besides.

Some of that ancient history is remarkably tenacious in modern popular literature. The origin myth of the Irish was perfected in the 11th century as a series of waves of invasion, and it still holds a fascination for many (perhaps because it has the beauty of certainty, which trumps the cautious views of the scientific historian or archaeologist).

The framework of early Irish history is provided by the annals, which seem to have begun in major ecclesiastical foundations in the sixth century as brief entries of notable events in their calendars of saints’ feast days and the liturgical yearly cycle. The church did more than that: it enabled the ancient historical and mythological lore of Ireland to be written down, and enabled the emergence of an early vernacular literature based on this to develop and cohabit happily with religious scholarship.

Genealogical texts provide the author with a great amount of topographical information, which describes the natural landscape, while place names preserve information about long-vanished landforms, coastlines, forests and waterways and provide a surprising amount of detail.

Breathnach’s book is not a history of the formation of the terrain, although she does use the results of palaeoenvironmental studies and archaeology to help to paint a portrait of the landscape as it was lived in, traversed, understood, exploited and above all named. Place names and the lore of places also preserve the history of the settled landscape: memories of pre-Christian sacred places; ancestral burial grounds; ecclesiastical names, which encode information on early episcopal foundations and the somewhat later monastic ones; places of battle; habitations of various kinds; the fertile plains; and the roadways and fords that connected territories and enabled people to travel to trade goods, attend assemblies, go on pilgrimages or march with kings pursuing feuds. They also record the names of individuals or families who owned dwellings or founded churches.

Here the author benefits from the vast amount of data that recent archaeological excavation has produced. The old steady-state model of early-medieval settlement in Ireland – centuries of unvarying embanked settlements (raths or ring forts and stone cashels) with little or no change in material culture or agricultural practices – is no longer tenable.

The changes in settlement types, the advances in arable agriculture and the increasing importance of the processing and distribution of grain demonstrated by the large number of mills dating to the later part of Bhreathnach’s period all speak of a major reorganisation of agricultural enterprises probably linked to new configurations of kingly power.

Extreme violence Settlements with what were probably family cemeteries have been excavated and the study of the graves has yielded rich new data. In some there is evidence of extreme violence: decapitated young men, perhaps losers in some local power struggle, and skeletons with the marks of what must have been horrific wounds.

The author is particularly adroit in her use of literary and topographical sources to shed light on patterns of burial and how they reflect an ancient dispensation when ancestral graves were in a sense the title deeds to land.

The history of the conversion of Ireland to Christianity is refreshingly reviewed. The period has traditionally been seen as something of a dark age, but the conversion was not a haphazard affair. Bhreathnach explains that it was achieved by well-planned missions from Britain (among them that of St Patrick) and from (probably) Gaul led by Bishop Palladius, who was sent in 431 by Pope Celestine.

Bhreathnach makes clear that the learning of the churchmen, when it emerges more fully into the light of history, is truly on a par with that of the Latin church in mainland Europe and that the doctrinal, disciplinary and organisational preoccupations of mainland prelates and scholars were shared by their Irish colleagues.

The legacy of these early missionaries was by no means entirely occluded by the achievements of the great monastic founders of the sixth century, although it is only in recent years that sensitive scholarship has recovered some of the faint traces of the earliest missionary achievements and recognised the complexity of the Irish church, which was by no means the sole domain of powerful abbots, as we have been led to believe.

Bhreathnach outlines the origins of Irish monasticism from informal beginnings as early as St Patrick’s mission to the appearance of highly organised foundations in the sixth century. She lists Columba and Columbanus with St Benedict of Nursia as the great leaders of the regularisation of monastic life in the west.

A particular virtue of this book is the author’s attention to trying to understand how the institutions of early Ireland worked and how individuals were affected by them: how judgment was reached in court; how clients related to their lords; how and why great kings behaved as they did, including their sometimes bizarrely complex marriage arrangements; how pastoral care was provided by the church; and how women coped with the constraints of society.

The book may not be a survival manual for a time traveller set down in ancient Ireland, but it comes close. It will repay reading again and again.

Liz Nugent: ‘People have accused me of being brave, but what is brave about surviving?’
4