We need to talk about spite: it gave us Trump and it costs us money 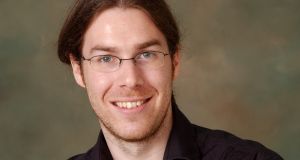 Simon McCarrthy-Jones: Spite, in its strongest sense, is an act where we harm both another and ourselves. This makes it a puzzle. How could a behaviour evolve if all parties lose?

Would you say you’re a spiteful person? Perhaps you’ve lingered in a parking space or at the checkout, ATM or traffic lights just to make the next person wait. Maybe you’ve played your music loud or put up a taller fence, just to annoy your neighbour.

Beyond such common acts of petty spite lie more profound horrors. In relationships, a divorcing partner may destroy their spouse’s belongings, drag out court proceedings or contest child custody, just to spite the one they once loved.

In the business world, Warren Buffett lost billions as the result of his spiteful acquisition of Berkshire Hathaway. In elections, spite-voters support a candidate to harm another, even at the price of putting someone they know to be unfit for office into power.

Spite, in its strongest sense, is an act where we harm both another and ourselves. This makes it a puzzle. How could a behaviour evolve if all parties lose? Spite should not exist. And what of the fabled being of economic theory, homo economicus – the creature that always looks to maximise its own pay-off. We are told that what matters to voters is the economy (stupid).

Indeed, during the 2016 Brexit referendum, the Remain campaign warned voters over and over that voting Leave invited a financial apocalypse. Yet it did not have the expected effect. The Remain campaign seemed not to have heard of the Ultimatum Game. But Dominic Cummings, the Campaign Director of Vote Leave, had.

Initially, economists thought people would accept any non-zero amount. After all, something is better than nothing. But people didn’t act this way. Around half of people rejected low offers of €2 or less.

Some people do this because they are outraged at unfairness. During Brexit, while Remain stressed finance, Leave emphasised fairness. This meant the Leave campaign could access the counter-dominant side of our nature displayed in the Ultimatum Game.

We see this side of us in contemporary hunter-gatherer tribes. Such tribes are, at least in terms of relations among men, strongly egalitarian. Any man who tries to dominate the group will be quickly chastised and sometimes killed.

Yet, we also have a domineering side. Not everyone who rejects low offers on the Ultimatum Game does so because of fairness concerns. For some, this game is not about social exchange but rather social competition. They see a chance to make a relative gain on the other player. Turning down €2 means the other person will lose €8. Indeed, people tend to focus on their position relative to others, rather than their absolute status.

Whether we are thinking about personal, business, or political relationships, we need to be aware of what may trigger a spiteful backlash. It pays to appear deserving.

“Money-burning studies” show that if we think others have obtained undeserved gains, we will pay to destroy them. In such studies, you play a betting game on a computer with other players, for real money. During the game you see the computer giving other players an undeserved advantage.

At the end, you can choose to (anonymously) give up some of your winnings to burn some of the other players’ money. Remarkably, two in three people will pay to punish those who made undeserved gains.

Under cover of anonymity, large numbers of us will spite those who we feel have undeserved wealth. Given society offers us anonymity both in the voting booth and on social media, and we face a world of increasing economic inequality, waves of spite threaten to roll over us. Maybe they already have.

But it is not only the undeserving that get spited. The Joy of Destruction game has showed that 40 per cent of people, under the cover of anonymity, will pay to destroy money that others have earned fairly. And things get even worse. Some of us will even spite those who try to help us. This is called do-gooder derogation. People act this way because they feel threatened by the helpful. Some of us would clearly rather rule in hell rather serve in heaven, as Milton put it.

All these elements, and more besides, were visible during the 2016 US presidential election. By portraying Hillary Clinton as an unfair, undeserving, disloyal do-gooder who thought herself superior to the “deplorables”, the Trump campaign summoned spite-voters.

The 2016 US election was, unlike its recent predecessors, a punishment election. Polling by the Pew Research Center found 53 per cent of Trump voters said they were voting against Clinton more than they were voting for Trump. Many did so whilst acknowledging being concerned, or even scared in some cases, about what would happen if Trump won.

A simple conclusion is that we need restore a world where elections are about whom to support, not whom to spite. A harder question is whether we sometimes need to embrace spite to ensure a better future.

Dr Simon McCarthy-Jones is an associate professor of clinical psychology and neuropsychology in the department of psychiatry at Trinity College Dublin. His new book Spite: And the Upside of our Dark Side is published by Oneworld