Exploring the effect of immigration on Irish theatre 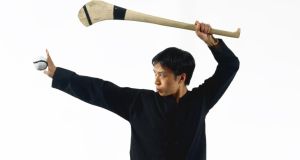 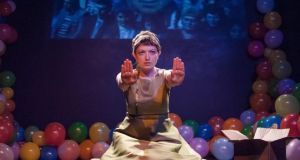 Staging Intercultural Ireland: New Plays and Practitioner Perspectives is the first published collection of plays and interviews responding to the effect of increased inward-migration on Irish theatre. The 2011 census indicated that we, as a nation, are now 17 per cent non-Irish born. This represents a 240 per cent increase in foreign-born persons living in the state since 1996.

While it is true that inward-migration has slowed in recent years, many migrants who arrived during the Celtic Tiger era have now settled in Ireland, to say nothing of indigenous or established minority ethnic communities in residence long before, during and after the Celtic Tiger, such as the Traveller, Jewish, Muslim, and Chinese-Irish communities.

When inward migration numbers began to climb in the mid 1990s, Irish-born and migrant theatre artists almost immediately started producing theatrical work that addressed the accompanying cultural and demographic shifts. These performances have been produced at venues ranging from the Abbey Theatre to mid-sized theatre companies to community centres, and even direct provision centres.

These accounts include an inside view of the working process of the Irish Modern Dance Theatre (John Scott), Calypso Productions (Bairbre Ní Chaoimh), Polish Theatre Ireland (Anna Wolf, Kasia Lech, and John Currivan), and Upstate Theatre Project (Declan Gorman and Declan Mallon). These companies have dealt with themes of migration and interculturalism in their work over a sustained period of time. The interviews also give insight into experiences of the theatre and film industry for working migrant artists, including performer Alicja Ayres and theatre-maker José Miguel Jimenéz of the Company.

Taken together, the plays invite readers on wide and varied journeys. O’Kelly’s The Cambria and McCartney’s Cave Dwellers dramatize the stories of asylum-seekers, but through very different historical and conceptual approaches.

O’Kelly’s acclaimed play (a multi-character piece performed by himself and Sorcha Fox) reconstructs Frederick Douglass’s 1845 journey across the Atlantic. By presenting the story of Frederick Douglass, “one-time asylum seeker and refugee”, O’Kelly provokes the question of what would happen if Frederick Douglass came to Ireland “NOW”.

Cave Dwellers does not define the nationality of its characters nor the nation of their intended destination, but instead focuses on the affective experiences of its characters in a undefined landscape, as they wait for a smuggler to arrive and ferry them across an unnamed body of water. The wide canvass of Cave Dwellers allows for the play’s scenario to reflect the experience of being smuggled into almost any host country.

While these plays are some of the earliest in the volume (2002 and 2005 respectively), they resonate deeply with the intensifying campaign to abolish direct provision and improve living conditions and time to decision for asylum-seekers living in Ireland today.

Adigun’s Once Upon a Time & Not So Long Ago (2006) and O’Neill’s Hurl (2003) are perhaps the plays in the volume that make the most salient critiques of contemporary Irish society. Adigun’s play is in two distinct acts. The first is a collection of dramatized folktales from West Africa, while the second act is based on interviews Adigun did with African immigrants living in Ireland today. In its interview-based second act, the play makes visible certain inequalities in Irish society due to race, perceived national identity, and citizenship status.

The critique made in O’Neill’s Hurl is less direct than that of Adigun’s play. At least on its surface, Hurl is a sweet-hearted comedy about the success of an underdog against all odds. In the play, a group of asylum-seekers form a hurling club team, largely to pass the time because they are not allowed to work while their claims for refugee status are being processed. But it turns out, they are really good, and they manage to win enough matches to play in the provincial club championship. When their team captain receives deportation orders to be sent back to Sierra Leone, the team plays their final victorious match in his honour. The irony here is clear: a group of asylum-seekers succeeds at what is perhaps the most Irish of sports, and yet, are firmly relegated to the margins of society.

Meade’s Mushroom and Rendulic’s Broken Promise Land feature precarious experiences of labor for Eastern-European migrants in Ireland. These two plays use an explicit focus on the mushroom picking and lap dancing industries, respectively, to prompt questions about who should work in Ireland and under what conditions. They also challenge the very definition of “Irishness”. In an interview for Broken Promise Land quoted in our volume, Rendulic asserts, “It is an Irish play. The way it’s expressed. I’ve lived here. I’ve studied here. It’s the way an Irish person would say something, even if it’s in an accent.”

A similar point of view is also offered by John Scott in our volume. As he reflects on the process of creating the modern dance piece Fall and Recover in collaboration with a group of asylum-seekers and refugees, he says, “Many of the performers I work with have been living in Ireland for over ten years, or more. Ireland is their country. Some of them have kids in Irish schools. Some have married Irish people. They are Irish.”

The process of identity formation for young adults within minority ethnic communities is dealt with in Sarma’s Orpheus Road and McDonagh’s Rings. Orpheus Road dramatizes a contested romance between a young Republican boy and a young woman who is religiously unaffiliated. Rings follows the struggle of Norah, a young Traveller woman and gifted boxer who also happens to be also deaf, in her attempt to mediate between her own desires and that of her immediate family, particularly her father, and the wider Traveller and settled communities.

Orpheus Road and Rings confront readers with the interlocking (and frequently conflicting) aspects of identity for their characters, forcing viewers to complicate their own understanding of difference as it is experienced by minority ethnic individuals in Ireland, as well as between members of ethnic communities in conflict.

Staging Intercultural Ireland offers a snapshot of a long-term intercultural process in its early stages. The plays and interviews in this book are united in their attempt to unsettle the usual distinctions that might be made between “Irish” and “other”. They ask for a critical engagement with shared histories and institutional inequalities, and a basic recognition that “Irish” identity, like all national identities, is a process always in formation. As such, Irish identity has been fundamentally expanded by a nearly 20-year period of inward migration.

Staging Intercultural Ireland is part reflection and part intervention; it responds to Ireland as it is now, and Ireland as it will continue to evolve as seen though the work of theatre and performance artists.

Matthew Spangler is associate professor of performance studies and director of the graduate programme in communication studies at San Jose State University in California.

Charlotte McIvor is lecturer in drama and theatre studies and director of postgraduate studies in drama at NUI Galway where she currently at work on the Irish Research Council-funded project “Migration, Interculturalism and Performance in Contemporary Ireland”.