Emma Donoghue: The lockdown lessons I learned from writing Room 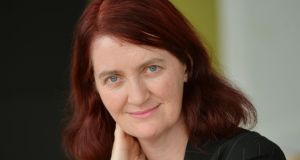 Emma Donoghue on lockdown: ‘Of course there is bad behaviour, but in times of extreme danger people’s natural goodness does show.’ Photograph: Alan Betson

As the author of Room, a story about a mother and child held captive for years in a garden shed, Emma Donoghue mapped the mental toll of extreme confinement long before coronavirus lockdowns.

Her character Ma endured boredom, frustration, anguish and worse – yet somehow created a rich, nurturing environment for her son. The story, a bestselling novel that became an Oscar-winning film, has found new resonance in the era of lockdowns, enclosure and home schooling.

Published in 2010, Room was shortlisted for the Booker prize, sold millions of copies and was made into a film by Lenny Abrahamson, in 2015, that won multiple awards, including an Oscar for its star, Brie Larson. Partly inspired by the Josef Fritzl case in Austria, it tells the story of a predator who abducts and imprisons a young woman in a converted shed. Repeatedly raped, she gives birth to a child, Jack, who grows up knowing only the room.

You can run through all your tricks and it’s still only 9am. Children cycle through interests and moods so quickly – it can seem like months and it’s not even lunchtime

Reviewers praised the book and film for transforming a grim subject into a compelling depiction of resilience, with Ma creating a routine of physical exercise, games, chores, personal hygiene, education, storytelling and rationed TV that keeps her and Jack healthy and sane.

Quarantines to control Covid-19 hardly compare with the pair’s plight, but they have nevertheless forced families around the world to devise new routines.

Donoghue, who grew up in Ireland and lives in Canada with her partner and two teenage children, says the restrictions were toughest on the poor and those with young children.

“It’s made me so grateful that our kids are not small. Because when you’re in lockdown with a small child it’s the most intense. You can run through all your tricks and it’s still only 9am. Children cycle through interests and moods so quickly – it can seem like months and it’s not even lunchtime.”

One lesson from writing Room is that a family unable to leave home needed to find a daily rhythm, she says. “The rules are not set by social interaction any more. You should do certain things at set times – it can give a lovely sense of rhythm and ritual to your day; otherwise you might feel you’re living in a weird delirium. Routine creates a type of hammock you can rest in.”

Another tip: give your fellow lockdowners, be they children or adults, space to grow and change. “Some people at the outset maybe enjoyed cocooning together, but three weeks later one wants to go for a walk on their own listening to music. Being flexible is important.”

Donoghue says she felt privileged being able to enjoy outdoor walks and order food online, unlike Ma or many real families mired in poverty. “There are lots of situations that keep people in a room counting the cans.”

The pandemic forced the cancellation of Room’s North American theatrical debut – Donoghue has adapted it for the stage – but injected unexpected currency to her new novel. The Pull of the Stars, to be published by Picador in July, is about a nurse, a doctor and a volunteer helper who care for patients in a Dublin maternity hospital during the 1918 flu pandemic, which killed tens of millions.

Donoghue started it in 2018 and finished last October, months before the Covid-19 outbreak. “I’d no idea what was coming. I didn’t realise this would be a big deal until March. As soon as I realised that a pandemic was happening I was a bit sheepish that people might think I threw this novel together in a few weeks to capitalise.”

The sense of a modern urban plague drew her to the story. “This was people going to work on the tram trying to not cough on each other.”

Admirable healthcare workers doing their job was not a bland storyline when random death surrounded them, says Donoghue. “My characters can afford to joke and be good to each other because the next moment they could be choking on their own sputum.”

Fictional accounts of apocalypse tend to overdo the panic and people behaving badly, says Donoghue. “Of course there is bad behaviour, but in times of extreme danger people’s natural goodness does show.”

Coronavirus is forcing people apart, but social subtleties and good manners endure, she says. “Here we may cross the road to avoid each other, but we still do a nod and a bow.” – Guardian