Edward Lear leaps off the page in a poignant, exciting biography

Jenny Uglow gets to grips with the Victorian poet, painter and polished letter writer 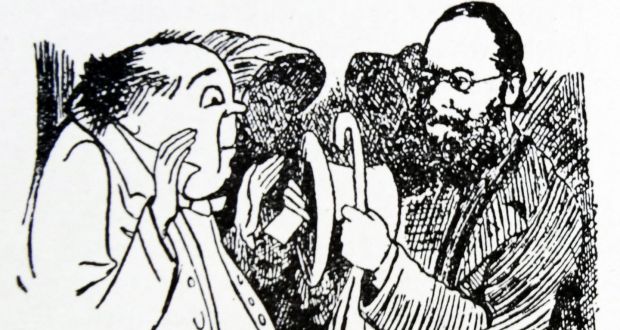 Drawing of Edward Lear, right, with one of his characters. Image: Universal History Archive/UIG via Getty Images

Book Title:
Mr Lear: A Life of Art and Nonsense

It takes a defining creative imagination to see the genius in the ordinary. Such a vision was possessed by the multitalented Londoner Edward Lear. Revered for his delightful nonsense verse and limericks, Lear, born four months after Charles Dickens, personified the beguiling curiosity of his Victorian world. He was a major painter of birds, animals and luminously wistful landscapes. He could also draw eccentric little figures, write travelogues, sing, play several instruments and set Tennyson’s poetry to music.

Jenny Uglow, a social historian and biographer of rare empathy, has written a glorious study that not only does full justice to the kindly, vulnerable outsider who pursued a child-like and elusive idea of love; it conveys the sensibility and the heartbreaking mixture of hope and despair that drove him.

Mr Lear is far more than a beautiful book – although it is that. It is an alluring, extremely perceptive doorway into the 19th century and a time in which information took weeks, even months, to arrive. The central figure is Edward Lear, author of The Owl and the Pussy Cat, and a figure too often grouped along with ‘Other poets’ at the back of standard anthologies of Victorian poetry, without adequate acknowledgement of his achievements as a visual artist.

There are no theatrical gestures, barely a moderate tantrum, yet likeable, awkward Lear had his demons

Uglow, a natural storyteller, takes us through Lear’s life, which began in 1812 as the unhappy 20th child in a family of 21 of which 17 survived. She is a natural storyteller and the most unobtrusive of biographers, blessed with an effortlessly understated prose style and a magpie’s flair for detail. Drawing on Vivien Noakes’s earlier study, which was published in 1968 and is not as strong on Lear’s art, Uglow evokes the man, his society and the ever-changing political climate unfolding as he travelled throughout Britain, continental Europe, most vividly through Greece and Albania, and beyond to India, the Holy Land and Egypt.

The key to the restlessness that kept this “intelligent, self-aware depressive” ever on the move, by boat, rail, on foot, eventually settling in San Remo in Italy, where he died in 1888, aged 76, and is buried, was the persistent melancholy that consumed him. There are no theatrical gestures, barely a moderate tantrum, yet likeable, awkward Lear – who was rejected by his mother as a baby and raised by his eldest sister, Ann – had his demons. For all his hilarious little sketches featuring humans in bizarre situations, his feelings were often bleak.

“A deep black bitter melancholy destroys me,” he wrote in his diary. He enjoyed the company of his many friends, and he did draw people to him, but, as Uglow reports, “after the high came the low. His days were ragged, with epileptic turns coming suddenly at night and in the afternoons.”

Success arrived early: by the age of 19, in 1831, he had already begun to impress with his Illustrations of the Family of Psittacidae, or Parrots. This work resulted in Lear being recruited to work on John Gould’s project Birds of Europe, which was intended to rival John James Audubon’s The Birds of America. As a collector of books about bird paintings, I have often been disappointed to see how rarely Lear figures in such volumes. Of the several strengths Uglow brings to her study is acknowledging Lear as a bird painter of live specimens. His subsequent friendship with Edward Smith Stanley, later Lord Derby, would bring him to Knowsley Hall, near Liverpool, where he painted many of the animals and birds kept at the famous menagerie and aviary.

Uglow, the inspired biographer of Thomas Bewick: Nature’s Engraver (2006), is a meticulous researcher, yet the clarity of her prose enables her to sustain an effortless fluidity. She avoids jargon and she does not presume to read the mind of her subjects. Respectful distance defines her methodology. Readers of her 1998 study of the fiercely nationalist subversive William Hogarth might wonder how Lear as the subject of what is a much smaller and determinedly apolitical life, devoid of marriages or children, could possible justify such a long book. It is easy to explain: Lear was an unusually active letter writer; he did not merely write letters, he dispatched narratives that lived off the page and came complete with illustrations. He recorded his travels in words and images.

Few explorers could hope to have matched his accumulated miles of travel. Unrequited love for Franklin, or Frank, Lushington, with whom he shared a long friendship, fuelled his need to flee his despair, as did his need to find subjects, mainly locations, to paint.

A yearning to be loved

Among the many fellow artists he knew was poet Alfred, Lord Tennyson, a difficult character to like, as the sensitive, lonely Lear would experience. “Tennyson showed a man full of self-loathing, his imperialist tirade coming from the brink of madness. Yet Lear understood the drive to self-exile and the rejection of Victorian England … He felt too, the underlying melancholy … the waiting, the lingering.” Lear was far closer to Tennyson’s affable wife, Emily, to whom he confided “that I enjoy hardly any one thing on earth while it is present: - always looking back, or frettingly into the dim beyond.”

Before reading this book, I admired the artist, travel writer and poet Edmund Lear, with his love of birds and animals, as well as his staunch fondness for children, which according to Uglow was shaped by “their spontaneous affection, their cheerful lust for violence, their acceptance of the odd. He avoided the Victorian double-think that saw children as both innocents to be cherished and savages to be tamed: he just saw them as individuals … He was entertained by their curiosity … They made him laugh” – now I feel I know him, perhaps even understand him.

Poignant and unexpectedly exciting, Mr Lear is a rich delight, while Edward Lear proves endearing and heroic, a man who wanted to love and failed, yet certainly used his gifts well. A reminder of the lively originals who once explored our world, wondering at its beauties, he is a sympathetic Everyman. Jenny Uglow has served him marvellously well. An image that will linger long in the memory is that of Lear marching the final 50 miles to Mount Athos, the holy mountain with its famous Monastery of Zografu, on the northern Greek coast and a monastic enclave since the eighth century. He saw Heaven on earth. Far more than a witty minor Victorian poet, meet Edward Lear, a very complete artist.