Politics can be lonely, but finally Dustin feels he has found a cause that unites people across Ireland 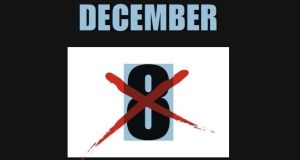 Politics can be a lonely oul’ trade. You can spend years banging on about an issue and feel no one is really listening. But if you believe strongly enough it’s pretty much impossible to stop sharing your passion for it.

But sometimes, something amazing, something totally unpredictable happens and it restores your faith, not only in politics but in humanity too.

As you all know I’ve got certain views of Culchies. I don’t hate them and I’d never suggest a Culchie Cull or anything like that. Ever.

The truth is, I’m actually very fond of Culchies, I’ve been known from time to time to listen to The Saw Doctors, and while I draw the line at Bon Jovi and Nathan Carter, I have listened to Meat Loaf at weddings (the church part) after a Rock Shandy or two.

No, my mission with Culchies has always been simply to kind of fix them through conversion therapy, bring them into the modern world of cars, electricity and marrying outside your own, and to generally help them become as smart, cultured and handsome as your average Dub. Unlikely I know, but we must dare to dream. As Martin King says, ‘I have a dream.’ Well, so do I, Martin, so do I and unlike yours, mine doesn’t feature Lucy Kennedy.

I dream of a world where Culchies can have all the things we have in Dublin in their own gaffs, villages, towns and caravans. That they too can visit Dr Quirkey if they’re feeling down. That they too can have proper chippers, dinners in the evening, new clothes that aren’t just from concerts in Slane, smartphones and not just phone boxes, meals without coleslaw and more channels than just RTÉ1 and RTÉ1+1. I want them to be educated enough that they won’t be afraid of The Luas when they come up to Croker.

Part of my campaign is to encourage them to stay and spend their hard-farmed money in their own shops. They’ll never evolve if they keep just coming up to my beautiful city every time there’s a sale on. Some people have described my call for a complete and immediate ban on all Culchies coming into Dublin as racist. It’s not; Culchies aren’t a race. But as a seasoned politician, I know I need to listen to the people, so a few years ago I proposed a symbolic ban, one that makes my point and highlights the need for Culchies to stay where they are in Culchie-land.

As you all know, December the 8th is traditionally the day that Culchies descend on my Dublin to do their Christmas shopping. They gather early at Clery’s Clock and they spread across the city in groups, targeting Guiney’s in the morning (no one’s told them it’s gone) eating a full carvery dinner at 11am and then drinking ’til Copper’s opens.

Well, I decided a few years ago that my beautiful city won’t stand for this annual invasion anymore, so I set up a campaign to Repeal the Annual 8th of December Culchie Invasion, under the catchier banner of Repeal The 8th.

I don’t mind admitting that the first few years of the campaign were quiet enough but then, out of the blue over the last year, the public have embraced the idea with the kind of passion I’ve not seen since that night Ray D’Arcy had Shirley Temple Bar up to his place for dinner. It’s incredible, everywhere I go I see happy smiley young people wearing my Repeal message on their clothes.

Now, when I say happy and smiley faces it’s fair to say one or two of these Grainnes, Aoifes and Fiachras could do with a tickle* or two. But that’s just because they believe ridding Dublin of Culchies is a serious, serious matter and they are serious, serious people, who I’m proud to say are willing to stand up for their serious, serious beliefs. Thanks to them, I feel Dublin is only years off its first Culchie-Free Dec 8th.

*Though I wouldn’t recommend tickling them personally. Trust me, they don’t like it.

This is an extract from Dustin’s new book Wikibeaks, Available now