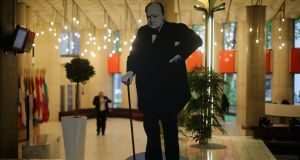 “’I remember 1973 … As a black man, it was not unusual to have Teddy boys chasing you down the street, calling you names. We were not safe. The EU has given us more protection – not just from racists, but from right-wing governments as well. What black person in their right mind wants to go back to 1973?”

This man was interviewed by Afua Hirsch in the run-up to the Brexit referendum. It is the stand-out piece in this collection of responses to Brexit. Her cogent argument draws on the experiences of her mixed background. Her “father’s father” was a young Jewish refugee from Germany and her mother’s family were “post-imperial fallout” from Ghana. Growing up middle class in Wimbledon, Hirsch felt displaced, “ ‘not a proper black person’, I was often told – not Jewish, not German … Not British either … if British meant white.” At Lincoln’s Inn, Hirsch “steeped” herself in “the history and content of European human rights traditions”, proud of being British for the first time. “British people – Winston Churchill among them – played a key role in drafting and advocating these standards … ” But her British identity felt fragile: “The anti-human rights sentiments that existed then, in the mid 2000s, is a direct antecedent of the anti-European sentiment that exists today.”

It is a startling leap from Hirsch to Jacob Rees-Mogg, who also focuses on the law. Starting off with a catchy jingle from Kipling comparing Saxons favourably with Normans, he goes on to quote from Pitt the Elder’s praise of the English constitution: “ ‘the poorest man, in his cottage, bid defiance to all the forces of the Crown. It may be frail; it’s roof may shake; the wind may blow through it; the storm may enter…’ but ‘the King of England cannot enter; all his forces dare not cross the threshold of this ruined tenement.’ This is the model of liberty that the British held dear, but has never been the continental way.” Rees-Mogg’s Britain is far removed from that of Hirsch’s interviewee.

But there is much to celebrate. This book is packed with funny, delicious and sorrowing goodbyes to Europe, fine pieces from Sarah Perry, Olivia Laing, Ian McEwan and more. Richard Herring gets the ball rolling with typically English self-deprecating humour, telling of his terror trapped with a naked women in an Austrian steam room before he realises that “it was hotel policy that you HAD to be naked in the sauna” and he was the outlaw, wearing his trunks.

Alain de Botton disarms with his “ ‘Good Europe’ … high levels of welfare … trams and trains … cafes; high regard for elite culture … sex; olive trees…” versus “ ‘Bad Europe’ … supranational bossiness … fancy food that humiliates … annoying sexy carefree people; the future …” And Bad England, “…village fetes … advocates of hunting and shooting; public schools; dumb aristocrats … Stilton” versus “ ‘Good England’ … doing it your own way; who we were in the second World War … good chaps; not whinging … Stilton.” But he is serious, urging us to forget economic and political terms, think instead about “the values and symbols they carry with them … what we’re scared of and what can comfort us.”

Oliver Kamm agrees. “There is no economic sense in which Brexit can ‘work’ ”, but he’d “support Europe integration and Britain’s full participation in it even if the economic case were weak. The European ideal matters for living standards but still more it matters for comity and human rights.”

Both Rees-Mogg and historian Andrew Roberts (another leaver) state that Britain hasn’t been invaded for almost 1,000 years. Does belonging to the EU increase the chances of an invasion? Isn’t the strongest argument for Europe our need for a federation with common aims – even if the laws are irritating and slow – to prevent another war, another Holocaust?

Roberts tells of when Europe was swept by revolution in 1848, and only 20,000 turned out for the London Chartist march, their “petition was delivered by four taxi-cabs, which the police stopped at Westminster Bridge, and everyone went home”. False names like “ ‘Queen Victoria’ and ‘The Duke of Wellington’” had rendered the petition null. “The fire that had consumed Europe … fizzled out in the very different political, historical and cultural climate of Britain.”

I am not sure what the argument is here and wonder why he hasn’t mentioned the Young Irelander rising, also in 1848.

It’s a relief to turn to Robert MacFarlane’s beautiful calendar of bird migration or Sarah Perry’s eulogy of Europe’s rivers – nature flying and flowing beyond boundaries.

“European food laws left us better fed, healthier and safer than we would otherwise have been,” says Bee Wilson in her delectable piece. She balances useful information – Melton Mowbray pies, and clotted cream are among 60 British foods protected under EU law alongside a lyrical gourmet celebration, reminding us of wonderful Elizabeth David, who “encouraged the British to dream anew of Continental joys … of ‘delicate rose pink langoustines’ in Normandy and the rich tarts of Alsace Lorraine.”