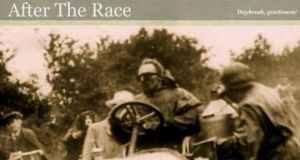 ‘Still not obscure enough” was James Joyce’s explanation to Jacques Mercanton on being caught “gleefully” inserting into a passage from Work in Progress words plucked from the Samoyed language spoken by a few thousand Siberians the far side of the Ural Mountains.

Any writer who would call in his friends of an evening because his manuscript might be a bit too clear deserves what he gets. And in Joyce’s case what he got was a first-class reputation for splendid obscurity. Which is all very well for the wilful conundrums of Finnegans Wake. It seems hardly fair, however, that the crystalline prose of Dubliners, its words measured out as the young word scrounger told us, with “scrupulous meanness”, should be tarred with the same opaque brush.

But even Dubliners’ 15 gems can seem dark in their meaning (not to mention oppressive in their themes) to readers today. So many words have been lost; so much context has changed; so little of Dublin remains. Dutiful editors, in response, have drawn up forewords and prologues, and added footnotes and endnotes, glosses and maps, to bridge this cultural divide, counter this semantic loss. All to the good, of course.

But for a roomful of tech-savvy, smartphone-wielding, iPad-using, twittering students – my seminar of 15 undergraduates at Boston College – these earnest efforts did not quite cut the mustard. In their digital world, where even the P-book (yes, that’s what the paper book on your shelf is now being called) is looking increasingly tattered, there are no limits to what technology can do, no spaces it can’t reach.

Why hadn’t this tsunami that they surfed with such ease been brought to bear on Dubliners, they wondered. It could be done, they thought. Properly carried out, they said, it would bring “a whole new experience of reading Dubliners to us if we do it. And to the world once we publish it”.

What, I asked, was their warrant for such a project? What could they bring to Dubliners that 100 scholars could not? The retort, articulated in a mission statement for what was rapidly becoming a plan, was brisk:

“We are young college writers with technological savvy; we identified with James Joyce: the stories of Dubliners were written by a young man more or less our age. Who better, we dared to think, than us to bring them to an audience our age?”

It was hard to argue with that. And anyway, I was sharply reminded, Joyce students have always been on the cutting edge of technology. (A previous class of mine had produced the award-winning Ulysses app JoyceWays.) Were Joyce alive today, they contended, who’s to say that Ulysses wouldn’t be serialised on Tumblr?

Thus was born Digital Dubliners: A Multimedia Edition. Two years later their ideas have come to fruition. Open iBooks on your iPad, Apple laptop or Apple desktop and you’ll find, along with the stories, 300-odd images, 700 or so annotations, two dozen videos, critical essays and hyperlinks, interactive maps sourced from contemporary newspapers; sound, film and photographic archives; essays, film, recordings, background and explanations and commentary in abundance. And it’s all free. That’s what a textbook will look like tomorrow.

How to explain that “barmbrack” in Clay? Add a facsimile of Mrs Beeton’s recipe. How do you illustrate that North Richmond Street was “blind”? Show an interactive map of it from the time – and add a photograph to boot. How to convey the poignancy of Maria’s missing verse from I Dreamt That I Dwelt in Marble Halls? Let them hear Edith Chapman’s plaintive rendition on a recording from 1904 that Joyce himself likely listened to. How to add colour to that least favourite of Joyce’s tales, After the Race? Dig up film of the 1903 Gordon Bennett drivers careering around the back roads of Co Kildare.

Critical heft? Dare to video interview two of the most important Joyceans in the world, Prof Joseph Valente and Prof Vicky Mahaffey. (Evidently, my students imbibed some of Joyce’s cockiness during the process.)

What does all this tell us?

That the book, the great civilising agent of the modern era, is taking a demotic turn. That the printed page is shuffling aside for networked screen, and that that screen has a horizontal energy that can make writers out of readers. That students, no longer mere absorbers of information, become makers and disseminators of knowledge to the world. And that we’re witness to the future of reading taking a spectacular turn.

Students opening up the world of literature for students and readers everywhere. I find it ridiculous. And astonishing. And hugely hope-giving.