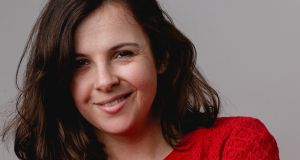 Claire McGowan established a very strong reputation with her Northern Ireland-set series featuring the forensic psychologist Paula Maguire, but What You Did (Thomas & Mercer, €12.99) is a standalone domestic noir which opens with six friends convening for a cosy Saturday night college reunion, which is blown apart by a shocking allegation of rape. The novel’s narrator, Ali, is horrified – but should she believe her husband, Mike, who denies the allegation, or should she believe her best friend, Karen?

There’s enough plot there to generate a whole novel, especially as Ali is the chair of her local women’s refuge, but McGowan piles twist upon twist, riddling the story with moral dilemmas to the point where Ali despairs that “the events set in motion on Saturday night were like a Greek tragedy, and would continue to unfurl until everything was destroyed”. Not content with that, McGowan folds in a subplot from the friends’ time in Oxford, “when the six of us had brushed against something dark, and come away intact”. The result, a story rooted in #metoo and #timesup, is unapologetically political, and one of the most engrossing Irish crime novels in years.

Catherine Ryan Howard’s second thriller, The Liar’s Girl, was shortlisted for a prestigious Edgar Award in the US earlier this year. Rewind (Corvus, €14.99), her third offering, opens with what appears to be a secretly filmed “snuff movie”; soon we discover that Natalie O’Connor, one half of “Irish Instagram’s Golden Couple”, has gone missing. Determined to uncover the truth, and especially as Natalie’s husband Mike and the Garda don’t seem too perturbed about Natalie’s disappearance, digital journalist Audrey Coughlan leaves Dublin for the remote Cork village of Shanamore to investigate. Framed as a movie – the chapters alternately “rewind”, “fast-forward” and “pause” – Rewind is a top-class thriller, fast-paced and vividly rendered, and happy to skewer the genre’s lazy stereotypes (“Seems our Andrew likes girls and I’m not using that word like thriller writers do.”). Deftly braiding a number of contemporary themes, and deliciously satirical in its depiction of modern Ireland’s excesses, Rewind confirms its author as one of Irish crime writing’s leading lights.

Opening in 1963, in the wake of Kim Philby’s defection to the Soviet Union, Andrew Williams’ Witchfinder (Hodder & Stoughton, €16.99) begins with veteran spy Harry Vaughn recalled from Vienna to discover “the Fifth Man”, ie, the Russian mole at the heart of British intelligence. That’s the basic plot of John le Carré’s Tinker, Tailor, Soldier, Spy, of course – and Williams references not only le Carré but Len Deighton and Graham Greene too – but the twist here is that Vaughn is one of the few fictional creations in the novel, the rest of the characters being historical figures such as Nicholas Elliott, Anthony Blunt, Peter Wright and the CIA’s James Angleton, most of whom will be familiar to fans of the cold war espionage novel. Every bit as cynical in tone as Mick Herron’s Slough House mob (“We’re all trying to pretend we’re as worldly and insouciant as James Bond, but deep down we’re the same resentful schoolboys, cripples and orphans we were before we joined the Service.”), Witchfinder is a painstakingly recreated account of the cold war’s darkest days. TS Eliot aficionado Vaughn discovers himself lost in “a wilderness of mirrors” as the western intelligence services tear themselves apart in a frenzy of mutual suspicion.

Jane Ryan’s debut 47 Seconds (Poolbeg Crimson, €15.99) is a police procedural which opens with Garda detectives Bridget “Bridge” Harney and Kay Shanahan discovering a dismembered arm in a shipment of pig meat at Dublin Port. When the victim’s other arm turns up in Birmingham, Bridge is obliged to observe the professional and political niceties of Cross Border Co-Operation, no easy task given the looming spectre of Brexit, and especially as Bridge is an “Amazon” who seems to prefer bridge-burning to bridge-building. Perpetually at war with everyone, herself included, Harney appears at first to be a conventional crime fiction “maverick”, as her psychiatric evaluation describes her, thirsting for justice and raging against authority. Ryan delights in flouting the genre’s conventions, however, delivering a full-blooded, idiosyncratic tale that results in a conclusion that upends the expectations of the traditional police procedural. All told, it’s a very promising debut that suggests Ryan is a talent to watch.

Opening in late 2016, Heaven, My Home (Serpent’s Tail, €15.99), Attica Locke’s third novel to feature Texas Ranger Darren Matthews, begins with Darren dispatched to Caddo Lake on the Texas-Louisiana border to investigate the disappearance of nine-year-old Levi King, the son of a convicted member of the Aryan Brotherhood. It’s a complex brief for a man who is equally motivated by “the impulse to police crimes against black life and to protect black life against police”, and matters are further complicated by the recent election of Donald Trump as president: “There had been more than fifty incidents of hate-tinged violence across the state in the four weeks since the election.” The result is a powerful evisceration of contemporary America, and Locke, always a political writer, pulls no punches: the Aryan Brotherhood is described as “homegrown terrorism”, while Darren’s boss needs the Texas Rangers to make an important arrest before “a Trump Justice Department mistakes the Aryan Brotherhood for some sort of honor guard”. Bristling with rage, and yet beautifully written in its evocation of a southern enclave still pining for its antebellum glories, Heaven, My Home is one of the most important crime novels of the year.

Declan Burke is a journalist and author. His latest novel, The Lammisters (No Alibis Press), will be published in November