Books in brief: From Standish O’Grady to austerity Britain

Plus: New light on the Irish Citizen Army, and a novel on the minutiae of mental illness 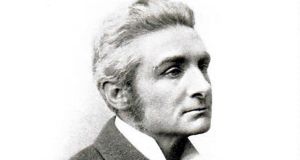 The Shattered Worlds of Standish O’Grady
By Christopher Boettcher
Four Courts Press, €55
Standish O’Grady’s background was west Cork landed gentry. Earning little as a barrister, he became a prolific writer who was never deterred by lack of success. His writings attempted to influence Irish public affairs but, apart from the Literary Revival, had limited success. What is noteworthy about those writings is their range and diversity as the restless O’Grady propounded and adopted numerous schemes and ideologies. Underlying all of these was his concern that his own class – the aristocracy – take on a leading role in the direction and fate of their country. In O’Halloran’s General History of Ireland (1778), he found role models from Irish history and mythology that could help the aristocracy become social leaders in their localities. His editorship of the All Ireland Review attracted significant contributors such as Yeats and George Russell. His roving quest for an alternative land-ownership model led him to Henry George’s ideas on national ownership of land and he eventually advocated anarchism and syndicalism. Thoroughly researched and well written, apart from misspelling of Irish words, the book gives an insight into an idiosyncratic man who had his country’s interest at heart.
BRIAN MAYE

The Labour Hercules: The Irish Citizen Army and Irish Republicanism 1913-23
By Jeffrey Leddin
Irish Academic Press, €24.95
The Irish Citizen Army was a militia formed in Dublin during the 1913 lockout to protect workers from police brutality. It was mainly the brainchild of Capt Jack White. In this welcome addition to the historiography of the period, Jeffrey Leddin examines its complex relationship with trade unionism and advanced nationalism over the decade that led to Irish independence. Its ideology throughout its existence was socialist republicanism. While it emerged from the Irish Transport and General Workers’ Union, it gradually became estranged from its forebear. Following the collapse of the labour agitation in 1914, militant nationalism rather than class conflict became its primary focus, reaching a high point during the Easter Rising. Thereafter its activity diminished and its role during the War of Independence was as an auxiliary to the Irish Volunteers, doing intelligence and detective work and procuring arms. Most of its members took the anti-Treaty side during the Civil War. This meticulously researched work makes extensive use of Military Service Pension files and reveals much that was not known before about ICA membership.
BRIAN MAYE

Starling Days
By Rowan Hisayo Buchanan
Sceptre, £16.99
“Can you do that for me? Try to be happy?” Oscar asks this of his wife, Mina, who despite various medications and therapies remains depressed and often suicidal. The couple move from New York to London, hoping that a change of scene will reinvigorate Mina; in some senses it does, as a relationship between Mina and Phoebe promises hope, just as it threatens the couple’s stability.

Exact on the minutiae of mental illness, the novel details Mina’s despair and her stamina to persevere with insight and candour. Intelligent, warm and often witty, the novel investigates desire and loneliness, asking whether it’s possible to discover ourselves with another person – and if that is enough.
RUTH McKEE

Skint Estate
By Cash Carraway
Ebury Press
Weirdly, Cash Carraway’s memoir of single motherhood, poverty, sex work and desperation in austerity Britain landed just as Boris Johnson barrelled his way down Pall Mall and into 10 Downing Street, the grim and brutal reality of one highlighting the takeover by the super-rich of politics. Cash, not her real name, lived the fucked-up life of many an abused working-class girl (her mother beat her with the vacuum cleaner, her father was/is useless), up until the moment she discovered she was pregnant: the birth of her daughter gave her “a reason to fight for change”. Her pregnancy was spent in a peepshow booth making £10,000 for a six-month deposit on a crappy flat, one of a “community of nomads lining the pockets of 78% of the Tory Front Bench”, since then they’ve had to move 23 times. The prose here is not pretty, or polished, this is a howl of rage: “Gonzo from the gutter” by one very angry working-class woman. I loved it.
ROSITA SWEETMAN

Seán Ó Ríordáin: Life and Work
By Seán Ó Coileán, translated by Mícheál Ó hAodha
Mercier Press
With the nearing publication of Seán Ó Ríordáin’s extensive diaries, the translation of Seán Ó Coileán’s weighty biography of this major poet is both timely and necessary. Ó Coileán’s biography deftly manages to move between the details of the poet’s life and his literary texts, giving insights into the famed diaries as well as into the poetry. Though originally published in 1982 , the increasing interest in Ó Ríordáin’s work from readers unable to use Irish-language editions means that Mícheál Ó hAodha’s decision to translate this biography will undoubtedly be welcomed and commended. If we add this to Yale University Press’s 2014 bilingual edition of Ó Ríordáin’s Selected Poems, edited by Frank Sewell, we can see the vital emergence of a translated corpus of work on and by Ó Ríordáin.
SEÁN HEWITT