Baby review: Sharing a boat with a memorable psychopath 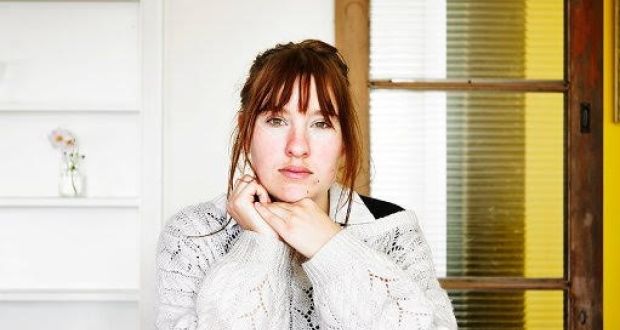 Meet Cynthia, the millennial girl of nightmares: jobless, aimless, unskilled, vain, hypersensitive, she sits on a couch day after day eating Coco Pops and porridge, watching reruns of reality TV. Oh, and she’s a complete psychopath who can justify anything from bad moods to murder in her pursuit of what she wants – even if she’s not quite sure what that is.

In her young female protagonist – at times 14, elsewhere 21 – the New Zealand writer Annaleese Jochems has succeeded in creating a highly original voice that both intrigues and repels. With strong overtones of Patricia Highsmith’s Ripley novels, Baby sees two women – Cynthia and her cherished Pilates instructor. Anahera – embark on an extraordinary journey and friendship as they uproot their lives to go on the run.

When Anahera arrives one morning to Cynthia’s house to tell her she has left her husband, Cynthia willingly agrees to leave town with her. She drains her father’s bank account, packs some clothes, bundles her dog Snotface into the car and doesn’t look back. Without much thought or planning, the pair decide to spend the father’s money on buying a boat, the titular Baby, settling in Paihia, a small gateway town to the Bay of Islands in northern New Zealand. Cynthia and Anahera moor their new home on a near-empty island and spend the first few weeks in isolation, dreaming up get-rich-quick schemes, the most ambitious of which is selling their dirty knickers online.

Sex as a commodity

Even before life on Baby, sex is a commodity to Cynthia, who from a young age has witnessed her father using prostitutes: “She was proud of him for taking ownership of his needs and feelings, and she’s even prouder now, remembering.” Jochems gives us little else in the way of backstory, which works to heighten the sense of unease we feel about Cynthia as her behaviour becomes increasingly erratic. Two things tip her over the edge – first, a meeting with a local boy Toby (whose story is dealt with too hastily), then the arrival of Gordon the German, who comes to live on board Baby. Seemingly in awe of Cynthia, he panders to her weakness for compliments and claims to be falling in love with her: “ ‘You are a fun, adventurous girl!’ he says. ‘You are just getting everything!’ ”

But two’s company and three’s a crowd, especially when you’re a psychopath living on a tiny boat. Gordon soon becomes a rival for Anahera’s affections, and perhaps even worse than that, he dares to hold a mirror up to Cynthia and her narcissism: “ ‘You don’t believe in reality,’ he whispers. ‘You believe in reality TV … There are a lot of boys who don’t love you, Cynthia,’ he tells her. ‘And a lot of women who aren’t your mother.’ ” Lest we start to feel sympathy for Cynthia, she assures us in various ways that she can hold her own: “Cynthia finishes the chocolates and makes plans. At lunch she’ll tip the piss on him.”

There are glimmers of dark humour throughout the book that help to cut through the boredom and repetitiveness of life in an enclosed space. A minor issue with the narrative is the character’s lack of objectives. Cynthia never reveals to us what she wants, not really, and it can be hard to care sometimes because of this. But Jochems does enough with the plot to keep us interested and her plain but precise prose style also helps to keep things buoyant.

Recent debuts that work as touchstones include The Paper Wasp by Lauren Acampora and Eileen by Ottessa Moshfegh, though the latter is more intricate. Jochems grew up in Northland, New Zealand. She won the 2016 Adam Prize from the International Institute of Modern Letters and the 2018 Hubert Church Best First Book Award for Fiction for Baby.

In Cynthia, her reality TV-loving psychopath, she has created a fresh voice, a memorable monster who could well have her own series of books if the author chooses to go down that road. As it is, we leave Baby with an almost dirty level of zoom lens detail, as if we’ve binged on reality TV ourselves.