Approaching Eye Level: The ache of isolation and the miracle of writing

Vivian Gornick’s essays, first published in 1996, centre on aloneness but not loneliness 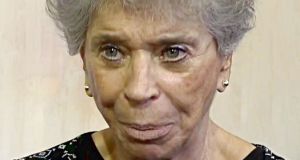 Vivian Gornick has a complicated relationship with feminism

In Fierce Attachments, Vivian Gornick’s 1987 memoir about her mother, there is a scene near the end where both women are arguing. Her mother asks: “Why don’t you go already?” to which Gornick thinks – but doesn’t say out loud – “I’m half in, half out”. She cannot stay, and she cannot go.

This could be perceived as a kind of familial bind, a situation there is no solution to, but not for Gornick. In all of her writing, she knows the benefit of being both inside and outside – half in, half out – of a situation. It’s an acknowledgment of how one can have conflicting ideas and feelings but not be undone by the lack of symmetry. This conflict thrives in all of her work, as does her examination of the self, which she frequently positions as outsider.

1 Coronavirus: 430 new cases confirmed in State
2 More than 30 people queue overnight to secure property in Carlow
3 Susie Dent: ‘Jimmy Carr is incredibly rude to me. I took it as a compliment’
4 Traffic volumes show Donegal locking down to greater extent than Dublin
5 ‘To die of love’: The 1968 sex scandal that still fascinates France
6 My friends keep mocking my new boyfriend’s small penis
7 Man with electric scooter who died in Meath was due to get married in the coming weeks
8 Neven Maguire’s Midweek Meals: Quick and easy meals for the family
9 Tour de France: Every yellow jersey winner must feel guilty by some association
10 ‘Entirely wrong’ to remove pandemic payment from students, says Sinn Féin leader
11 ‘I’m frightened by people whose stupidity is putting my life at risk’
12 Covid test in use at Rome, Frankfurt, Dusseldorf airports being piloted in Roscommon
13 Luggala estate reopens to walkers for first time since March
14 Two turnkey homes for sale on same street as owners leave Dublin
15 More than 100 people gather in Co Donegal for anti-Covid-19 restrictions rally
16 Bielsa delighted with improved defence as Leeds move for Cantwell
17 Tanya Sweeney: It was never my place to ask why she wanted to die
18 Chris Johns: Boohoo exposed on pay and conditions in digital economy
19 Breda O’Brien: What if RBG had focused on persuading others that both lives matter?
20 In this strangest of recessions, what happens next for Ireland?
21 Traffic chaos as ‘singing and dancing’ woman stops car in middle of motorway
22 Michael Harding: ‘Do I know anything? Very f**king little’
23 Gardaí appeal for information on rape of teenager in Co Mayo playground
24 The Books Quiz: Who wrote The Naked Lunch?
25 Hospitality industry suffers another blow as New Year’s Eve festival is cancelled
26 David McWilliams: The better the economy does, the more Covid-19 spreads
27 Fintan O’Toole: Covid-19 pandemic might be good for the arts – eventually
28 Blackrock and Mulhuddart: How Covid-19 affected two Dublin suburbs
29 Brendan Gleeson as Donald Trump: ‘A mediocre impression and possibly a great performance’
30 Political focus shifts as Government desperately tries to avoid new lockdown
31 UCD professor asked to resign from EU committee over Covid-19 claims
32 Just four countries remain on green list: Where do we stand with travel now?
33 Buttered leeks, salmon and dill with orzo: a healthy dish bursting with flavour
34 Trump selects Amy Coney Barrett for supreme court
35 Hundreds of thousands in China given ‘emergency’ Covid-19 vaccine
36 Hotel bookings collapse in wake of additional Covid restrictions
37 Covid-19 and global warming are symptoms of rapacious capitalism
38 Life in Level 3: What is happening under the new restrictions in Dublin?
39 ‘The arts in Ireland are a luxury – in Germany they’re a necessity’
40 Covid-19: Only 11 lung transplants carried out this year so far
Real news has value SUBSCRIBE