An Unnecessary Woman review: a long way from the real Beirut

Rabih Alameddine’s novel, both clever and pretentious, is set in a maddeningly Americanised sitcom version of the Middle East 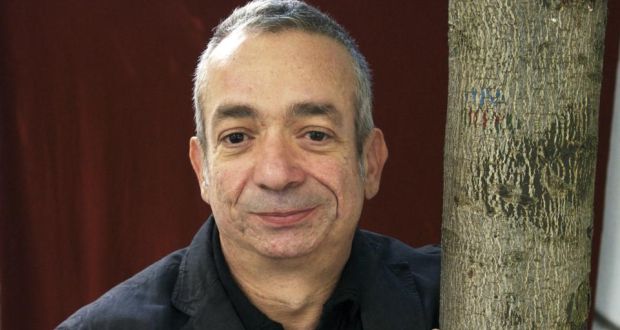 It is impossible not to take an immediate liking to a character who dyes her hair blue, even if only by mistake. It is equally difficult to believe that Aaliya, the likable, streetwise and reclusive narrator of Rabih Alameddine’s wordy, fast-moving fourth novel about nothing in particular but everything in general is 72, divorced, childless and living in Beirut.

Even allowing for the cultural infiltration of Hollywood movies and US television, and not forgetting Aaliya’s extensive reading, the jaunty voice of this novel is overwhelmingly American, or at least Americanised. In pace, in tone and, most strikingly, in the narrator’s habit of offering sharp, precise, almost bullet-point evaluations of the international literature she has devoured and the authors she reveres (of which there are many), Aaliya sounds irredeemably western. She has spent much of her life reading. In her spare time she privately translated books into Arabic.

Yet, for all this straining of credulity, one of the strengths of this blatantly self-conscious, clever and fluid US National Book Award finalist, with its roll-call of living writers, is its evocation of Beirut as a vibrant, intimidating and seductive city. At one point Beirut is even referred to as “the Elizabeth Taylor of cities: insane, beautiful, tacky, falling apart, and forever drama-laden. She’ll also marry any infatuated suitor who promises to make her life more comfortable, no matter how inappropriate he is.”

It is a strange observation, even cruel, almost as direct as hatred of Israel, which is a minor theme. But Aaliya, the narrator who seems to owe both her life and her isolation to having worked in a bookstore that fed her obsessive reading, calls it as she sees it. Her candour is unapologetic. It also prevents her becoming little more than a mouthpiece for her lively creator.

Once the reader decides to give up believing in the old lady as a character and instead follows Alameddine – a Lebanese-American – as he rustles up a delightful confection of literary observations and political insights, occasionally seasoned with telling exchanges between his heroine and her small circle of acquaintances, An Unnecessary Woman becomes entertaining and occasionally touching, if marred by irritating and knowing digressions.

Waiting for the Barbarians

Beneath the cerebral energy is the all-too-human story of Aailya’s dismal early life; the death of her father when she was two; and her mother’s speedy second marriage to a man reluctant to include young Aaliya as part of the new family. She herself is married off at 16 to a nasty little husband, who divorces her.

The recalling of this is a cue for Aailya’s throwaway line: “Nothing in our marriage became him like the leaving of it”, rephrasing an unattributed quote from Macbeth. Most of the quotes are cross-referenced and explained – annoyingly so.

The only good thing to emerge from Aailya’s short-lived alliance is the marriage apartment, which she keeps for life despite her mother’s many attempts to wrest it away for her other children, usually referred to as “the half-brothers”. While Beirut emerges as a character in its own right, Aaliya’s apartment is her shelter, “my home”, which also contains her “being”: her books and the 37 boxes containing the manuscripts of her translations.

Mess with the shampoo

This initial mention of Hannah is intriguingly brief. The development of Hannah’s story proves another of the book’s strongest elements. It also helps present the narrator as more than a reading machine, as Aaliya reveals: Hannah “was the one person I cared for, the one I told too much – boasts, hates, joys, cruel disappointments, all jumbled together. I no longer think of her as often as I used to.”

There are rare moments like this throughout the narrative, as when Aaliya relaxes her ongoing literary crossfire to remark: “I reach for my glasses to see more clearly. What happened to me? What happened to my face, so gaunt and inexpressive? . . . I’m a wholly nondescript human . . . My features have blunted with the passage of time, my reflection only faintly resembles how I see myself . . . Two asymmetrical landlocked seas of purple and mouse grey spread under my eyes . . . I’m willing to swear that the bone structure of my face has shifted.”

Along with Aaliya’s awareness of aging is the oppressive weight of memory. Many of these memories are based in small events that dominated daily life in Beirut. They also offer insights into the potential complexity of Aaliya, which suggest that had Alameddine written this engaging book in the third person it could have been far more serious, possibly remarkable, and would have lived up to its dark title.

True, the novel is a study of a person who lives in her head, but there is a tidy slickness to many of the literary appraisals. It is satisfying that Aaliya prefers Faulkner to Hemingway, yet the conversational tone repeatedly deflects any emotional or psychological conviction.

Early in An Unnecessary Woman Aaliya’s half-brothers decide it is time for her to look after their ancient mother. She refuses, and the old woman is brought away screaming. Then, unexpectedly, Aaliya sets off to visit the crazy old matriarch. At the house she is met by a young grandniece whose indifference yields to a clumsy friendliness. Aaliya’s response is curt. Together they wash the elderly woman’s feet. The scene is very well drawn, tense and subtle. It could easily have been a scene from another novel.

It is as if Alameddine has not quite made up his mind about Aaliya. A burst pipe threatens her stored manuscripts, causing the previously obnoxious circle of women – “the three witches”, headed by the owner of the apartment – to rally round. Perhaps Aaliya is dazed, but she does not seem either as surprised or as grateful as she should be.

One of the three witches is a university professor, yet no rapport is struck between her and the literature-hungry Aaliya. The lightness of touch frequently makes the reader feel that the author is more concerned with opinion and stylistic flourish than with meaning or resolution.

This is certainly not true of Alameddine’s wonderful The Hakawati (2008), which is twice the length and about four times the novel. “Hakawati” means “storyteller” in Arabic, and, in that marvellous and mythic feast of a narrative, Alameddine full-bloodedly balances traditional eastern notions of classical story with contemporary western fictional devices.

“Listen,” it begins, “let me tell you a story” – and he does, in a dazzling opera about four generations of a Lebanese family. It roars in a way that makes one feel the self-contained narrator of An Unnecessary Woman sighs at interludes yet seldom weeps.