10 novels crying out to be brought to the big screen

Catcher in the Rye, The Blind Assassin: great literary works that should be movies 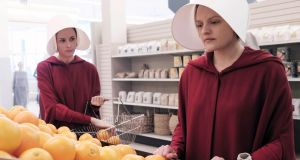 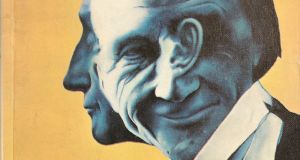 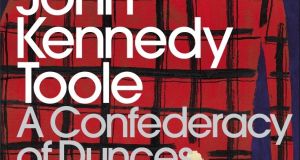 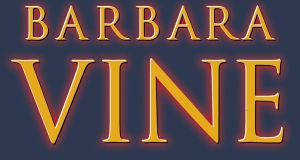 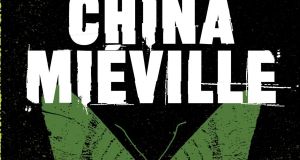 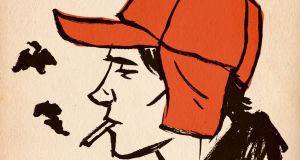 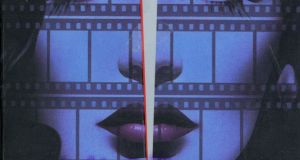 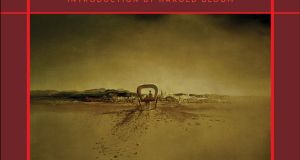 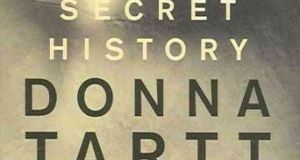 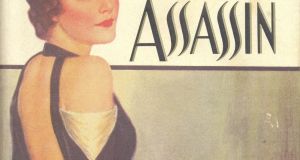 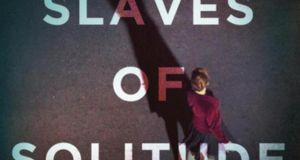 The Slaves of Solitude, Patrick Hamilton (1947)

Let us get the ground rules out of the way first. This is not a list of the greatest novels yet to be made into a film. Crawl through the internet in search of books that need to become movies and you’ll find endless literary bros arguing for David Foster Wallace’s Infinite Jest. That thick paving stone, for all its merits, thrives on literary conceits that don’t invite cinematic translation. You may as well attempt to make a film from your favourite jacket or your best goldfish.

We are, however, not entirely disregarding literary merit. Talented film-makers can make masterpieces – Psycho springs to mind – from the flimsiest, least promising work, but, in those cases, the source often provides only hints as to what eventually appeared on screen. William Friedkin maintains that he never bothered finishing the book upon which The French Connection was based. Our aim is to find worthwhile novels that have within them the seeds of a decent film. Sit down, Finnegans Wake and Gravity’s Rainbow. That doesn’t mean you.

There are a few classic novels here that, though not aggressively cinematic, demand that somebody have a crack at translation. But we have stayed away from intense internal monologues, epics of inaction and – most dreaded of all – magic realism. I bow to nobody in my devotion to Gabriel Garcia Marquez’ s One Hundred Years of Solitude, but that literary movement always curdles when coaxed on screen. There are only so many characters we can bear seeing transformed into flying cement mixers before casting eyes to heaven.

We have also decided to rule out any book that has received a major TV adaptation. So Joseph Conrad’s Nostromo is not here. We’d love somebody else to have a go at William Faulkner’s The Sound and the Fury, but as there have been three undistinguished attempts already, it is not up for consideration.

It is a very personal list. It will be nobody else’s. If you are a major film-maker and you are tempted by an entry remember the golden rule: faithfulness to the source is not a virtue in itself. Do whatever you like in the pursuit of an engaging film.

In no particular order…

Salinger’s dry tale of teenage ennui is surely the most conspicuously unfilmed book of the 20th century. It seems that a poor version of one of his early stories turned the author against selling the rights. He then lived on stubbornly and remotely to the age of 91. Salinger’s agent has continued to resist offers to film the book since his death in 2010. We can dream about Todd Haynes or Noah Baumbach having a go at it. Both would relish catching New York during its mid-century confidence.

The book is baggy, but the dialogue is delicious and the central character – pompous, spouting Ignatius J Reilly – would, if well cast, comfortably dominate the largest screen in the enormoplex. Has been close to production many, many times. John Candy, John Belushi and Will Ferrell were down for the role. “I think it’s cursed,” Steven Soderbergh once said. “I’m not prone to superstition, but that project has got bad mojo on it.” Nobody could have played Reilly better than the late Phillip Seymour Hoffman.

We’ve all gone Atwood crazy recently. Both The Handmaid’s Tale and Alias Grace have been made for television. Her Booker-winning yarn from 2000 now demands to be shouldered on screen. The clever division between realistic family saga and a parallel science-fiction story would suit the medium very nicely (consider the recent Nocturnal Animals for a related cinematic conceit). We can surely persuade Jane Campion to have a crack. She can then persuade Sarah Polley to play the younger version of the narrator.

The Slaves of Solitude, Patrick Hamilton (1947)

Hugely popular in his day, then ignored for a spell, the author of Rope and Gaslight knows how to build a story towards a climax. The quietest of his major works, Slaves of Solitude takes place in a guest house during the second World War. Its protagonist is the polite but determined Miss Roach. Its magnificent villain is the grotesque Mr Thwaites. If I can live to see Terrence Davies direct Andrea Riseborough and Ian McKellen in those roles then I can die happy.

Or the same author’s The Scar. Miéville’s sprawling epic will certainly require some severe trimming, but a big thinker like Guillermo del Toro would surely relish using contemporary digital wizardry to imagine the Dickensian sprawl of New Crobuzon. The book is a philosophically intricate examination of our uneasy compromises concerning other species and our inability to apportion power fairly. It’s also disgusting, funny and endlessly surprising. The film could be a masterpiece or a famous folly.

You may not know it, but Ruth Rendell – who wrote occasionally as Vine – has been cherished by any number of European directors. Pedro Almodóvar, Claude Chabrol and Claude Miller have all adapted her novels successfully. There are other contenders, but the unsettling, insidious, ingeniously structured House of Stairs might be the Rendell book that most persuasively demands a place in the cinema. Like many of her works, the book finds the narrator leading us tantalisingly towards “something awful” that happened decades earlier. The depiction of the 1960s, simultaneously delicious and ghastly, offers bright screenwriters much potential for period mischief.

Some mystery (appropriately) surrounds the failure of Tartt’s novel – a gripping study of close-knit students who plan a murder for initially obscure reasons – to make it into eager cinemas. Alan J Pakula, director of All The President’s Men, optioned the book shortly after its publication, but he failed to get production moving before his death in 1998. Then Gwyneth Paltrow took control for a spell. It seems as if Tartt has now decided not to option the rights again. John Crowley’s production of her The Goldfinch is, nonetheless, trucking towards the cameras.

Darren Aronofsky has long been threatening to direct an adaptation of Roszak’s propulsive novel concerning cinephilia and wider conspiracies. It’s a delicious suggestion. The book concerns a young student who, in the early 1960s, falls for classic cinema and becomes fascinated with a silent director named Max Castle. The story allows film-makers an opportunity to wallow in all the sentimental attachments associated with celluloid, crumbling cinemas and smoky projectors. It begins with hope. It ends in madness. If Aronofsky can’t manage it then Paul Thomas Anderson should have a go.

We hope and pray that Brendan Gleeson will eventually get his much-discussed adaptation of At Swim Two Birds into cinemas. That book offers terrifying challenges for any screenwriter. The Third Policeman will not be any doddle to adapt but it does, at least, have something like a linear narrative to it (a line that eventually forms a circle, of course). Is it about a bicycle? It is. But it’s about a great deal more than that. It would be a treat to see Jonathan Glazer have a crack at all this weirdness.

Another book that has often been close to adaptation. Tommy Lee Jones and Ridley Scott were both associated with the project. The busy actor and bizarrely promiscuous director James Franco has spent much of the past decade trying to wrestle it into submission. Though McCarthy has had an uneasy relationship with film – The Road was underrated; The Counsellor was abysmal – Blood Meridian still feels like the sort of book that would eat up a screen. An existential western of great scope, it follows a young drifter as he crosses the country viciously during the mid-19th century. We fancy Andrew Dominik, director of The Assassination of Jesse James by the Coward Robert Ford, for a place behind the megaphone. Is Will Poulter now too old for the lead? Maybe.