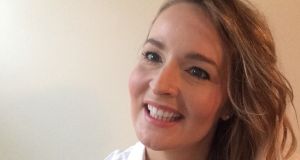 In Anne Devlin’s radio play Forgotten, first broadcast on BBC Radio 4 in 2009, the character Bee faces financial collapse and is forced to return in humiliation to live at home with her mother. “How,” Bee wonders in distress, “did I get to this place of coma, of my life in three hundred boxes?”

Devlin’s play is a meditation on the importance of memory – and on the disorientation which accompanies its loss or erasure. Fitting, then, that Forgotten finds its place in this important anthology of writing assembled by Linda Anderson and Dawn Miranda Sherratt-Bado – because the task of Female Lines: New Writing by Women from Northern Ireland is nothing less than the preservation of memory and experience itself, in a Northern Ireland society that is all too practiced in the matter of forgetting and expunging.

Female Lines takes its cue from another anthology, The Female Line: Northern Irish Women Writers, published in the bleak days of 1985 when the face of Northern Ireland society was even more deeply scored than it is today by division and political misogyny. This new anthology is equally timely, appearing as it does at a moment when Northern Ireland is simultaneously both culturally more fluid and politically petrified.

A glance at its list of thirty-two contributors underscores the point that this small and marginal society has generated more than its fair share of significant artists; while the writing itself underlines the existence of a great breadth of lives, interests and human experiences at play in what is all too frequently portrayed as a society incapable of change.

The writers in this anthology train their gaze far and wide. Sinéad Morrissey’s poem Whitelessness – taken from her recent Forward Prize-winning collection On Balance - examines the planet’s peril in an age of global warming, as “the shed ice bobs in the bay, begging smaller and smaller comparisons - lozenges dissolving visibly on the tongue”.

Margaret Ward’s essay Reflections on Commemorating 1916, connects to the Waking the Feminists movement, and casts a cold eye on the work of a patriarchal culture that has tended (“them’s the breaks”) to omit female voices and experiences.

Maureen Boyle’s deeply felt poem Bypass traces an emotional family visit to London – for the purposes not of jolly tourism but heart surgery: “But now is not the time to die, and just before Christmas we bring you home like a fragile parcel, wondering how it will be possible for you to travel, but it is done.”

In an excerpt from her novel Time Present and Time Past, Deirdre Madden describes, to mesmerising effect, the impact of a childhood memory on a middle-class Dubliner; while Colette Bryce, in her poem My Criterion, reflects coolly on the work of reviewers who seek excessively to classify and categorise:

Such works, in their diversity, act as a powerful riposte to a narrative that would insist that Northern Ireland, its citizens, its artists are, and always will be, preoccupied by a bitter and violent past and present.

This is not to say that the effects of the Troubles are themselves omitted - far from it. Rather, the effects of conflict are meditated upon in different and striking ways. Northern Ireland is a society which registers the impact of trauma in multiple forms: and this anthology offers a space for the articulation of pain, frequently to devastating effect.

Leontia Flynn’s poem The Radio, taken from the eponymous collection recently shortlisted for the TS Eliot Prize – shows the effect of repeated and ongoing trauma: a mother fears for the present and future live of her five small children, as “daily the radio drops its explosive news, and daily my mother turns to field the blow”.

Julieann Campbell’s essay Rewriting History reflects on her work with the Unheard Voices oral history project in Derry, which combats - as this anthology does - the erasure of history that comes from a refusal to listen and empathise. “Grief and trauma know no hierarchy. Grief and trauma are human emotions, human hurts, and until those in power accept this, I doubt there will be any agreement on the past, nor any collective way of moving forward - even though it is the very least our people deserve.”

These are accounts which cry out to be heard and acknowledged, and this anthology goes a considerable way towards addressing urgent social, psychological and emotional needs.

Female Lines is the latest anthology working to rebalance the stories we are told: and we need, as the editors of this volume readily acknowledge, more such books. We need a multitude of voices to be heard, acknowledged, honoured – for they remind us that our collective history and our lives are multi-faceted and complex in ways that must not be disregarded or casually dismissed.