From land of the thousand welcomes to direct provision, an exhibition explores the idea through art 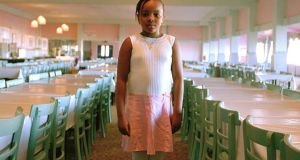 One of Anthony Haughey’s photograph from Mosney. 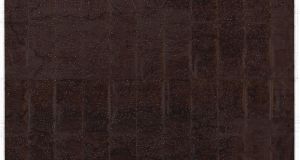 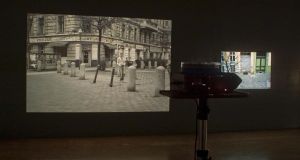 Make yourself at home… Does anyone ever really mean that? What if you had guests who took you quite literally – helped themselves from the fridge, hogged the sofa, bickered with your sister, kicked the cat and finished off the booze? On a more serious note, imagine guests from a different culture, quite literally making themselves at home in your home, bringing other customs and ways of behaving to your own cultural space.

The truth is that it’s far easier to welcome guests when subtle power balances are observed between the host and the hosted, and where the host’s rules, however unspoken, are understood and adhered to. It’s also far simpler when the tenure is finite. As the saying goes, guests are like fish, they go off after three days.

That’s the challenge facing our Island of the Welcomes, as “welcome” is only truly tested when things get difficult. From céad míle fáilte to “no room at the inn”, hospitality, or the lack of it, defines our cultural sense of self, as well as the foundation story of this country’s dominant religion. But what does it actually mean, to be hospitable? A new exhibition at the Highlanes Gallery in Drogheda explores ideas of friendship, belonging and, alongside hospitality, ideas of alienation and exclusion.

The title, An Act of Hospitality Can Only Be Poetic, borrows from French philosopher Jacques Derrida’s work The Ethics of Hospitality, in which he explores the paradoxes of welcome. Here, “poetic” is understood in its emotional sense, and emotions are at the heart of the hospitality dilemma. They include not only the joy of welcome, but a keen sense of fear. Linda Shevlin, who along with Highlanes director Aoife Ruane, has curated the exhibition, notes that it is this emotional aspect, rather than the overtly political, that is the main focus.

“I’m very conscious of the subject matter and the risk of being perceived as an exhibition that deals purely with the migration crisis,” she says. “Yes, it touches on it, but it’s a broader task of thinking about the traditions and the ethics of hospitality, to bring it back to the human exchanges and how these have shifted.” That said, it appears impossible to make an exhibition about ideas of exclusion and welcome without connecting to one of the defining traumas of our time. As an illustration of this, and of one aspect of our present national shame, the show includes works from Anthony Haughey’s series of photographs taken at the Mosney Direct Provision Centre – a place where our collective sense of being a welcoming nation is found to be both tested and wanting.

Reaching for the humanity, rather than investigating the politics of the situation, may ultimately provide a key, as Haughey’s Mosney photographs resist the “othering” that enables people to compartmentalise human suffering. Another solution may be to put ourselves into alien shoes, encouraged, perhaps by Ronan McCrea’s The Lost Photographs of Alfred H, a slide installation showing a girl walking through the streets of Berlin, creating a trail by dropping old photographs, like Hansel and Gretel with their breadcrumbs, in her wake.

The artist acquired these photographs in a Berlin flea market, as part of a collection of more than three hundred, documenting the lives of a middle-class Berlin family, the personal associations lost through a dislocation of space and time. How easy it is, after all, to lose what anchors us, what gives a place or a people a sense of home.

This idea also marks out another paradox of contemporary hospitality, as the wealthy and possessed travel, frequently to places from which we may be uncomfortable accepting migrants. Cultural souvenirs are acquired, alien customs enjoyed, at least for a while. Vanessa Donoso Lopez’s work, Quotidian Tensions between the Domestic & the Unexpected is a table set with vessels and objects, as if for an exotic feast. Using clay from different regions of her native Spain, she makes pieces that could have been drawn from all over the globe. I’m reminded of the ancient custom of placing a sprinkle of earth from home into your shoe before setting out on a journey, mingled with the parallel sense of bringing smatterings of the world back home with you, whether that is as souvenirs, or simply some earth on the sole of your boot.

A centrepiece in the show is Tamsin Snow and Sarah Tynan’s installation Multifaith, a coldly clinical space, devoid of all decoration, containing nothing but a bench, harsh lights, a curtain and some prayer mats. What is left when we strip the trappings of faith, or identity? Can either endure without custom and cultural conditioning? Or, alternatively, do we find that we are all, after all, the same under the skin?

Needs of the guest

Customs concerning hospitality vary. In ancient Greece, hospitality was a right, and the onus was on the host to meet the needs of the guest. In Christianity it is a virtue, while in old Irish custom, the safety of the guest was also the responsibility of the host. “We have an inherent desire to be hospitable,” says Shevlin. “And as an arts person, that also comes into our work; we’re often pushing hospitality onto people who may not want it,” she adds wryly, alluding to the arts sector’s never-ending quest for outreach, new audiences, more visitor numbers.

That opens up another interesting paradox, as it once again illustrates the dual nature of hospitality: yes you are welcome, and do make yourself at home, but strictly on defined terms. Or to put it another way: welcome to the gallery, but don’t run, speak above a whisper, touch the art or use the gallery as a shelter from the coldness of the streets. How might a gallery or museum react if all those groups, once outreached to, began to attend, in numbers, on their own terms? Is the art world truly open, or is it simply seeking converts to its own constructs of engagement and cultural codes?

This is the same question facing all host countries of both immigrants and migrants. How can we retain a sense of who we are, while expanding our welcome to include those who need our care? How fragile is our identity? The root of the word “hospitality” is the Latin word hospes, which means both host, guest, and stranger; while the idea is extended to include care in the word “hospital”, from the same root. Kathy Prendergast’s Black Map Series shows maps from various parts of the world, blacked out save for white dots where humanity has congregated in numbers to form towns and cities. It is a beautiful testament to the fragile, yet persistent strength of human endeavour. Beyond those anonymous, placeless dots, it’s up to us to make that endeavour both caring, and yes, truly hospitable too.

An Act of Hospitality Can Only Be Poetic runs at Highlanes Gallery, Drogheda until June 30th, highlanes.ie. The exhibition is part of the Bealtaine Festival, which takes place at venues throughout the country during May, bealtaine.ie