Are the days of feminism numbered?

More men are claiming to be feminists but what does that mean for the philosophy? 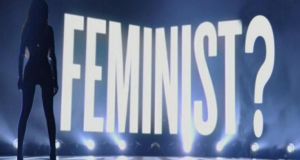 What does it mean to be a feminist these days? The centuries-old battle cry for women’s freedom has been absorbed into a more general appeal for gender equality. What’s more, it seems to have jumped sexes.

Campaigns promoting women’s rights are increasingly being fronted by men. Take the UN’s HeForShe campaign, led by US president Barack Obama and actor Matt Damon. Or the sight of Ed Miliband and Nick Clegg being photographed in “This is what a feminist looks like” T-shirts for a UK lobby group.

Time magazine recently suggested the word feminism should be banned because it has become so hackneyed. After all, if everyone is a feminist who is it we’re all fighting against?

Dr Lilian O’Brien, who lectures on feminist theory at UCC, argues that the term still has some meaning in the modern age, and she points out there’s nothing new about feminist men. In 1869, John Stuart Mill wrote The Subjection of Women, with the input of his wife, philosopher Harriet Taylor Mill. From this essay comes today’s idea: “The love of power and the love of liberty are in eternal antagonism.”

Some women are wary of being called feminist, why so?

Lilian O’Brien: “There has been a considerable backlash against feminism – feminists are often depicted negatively and people in the public eye often distance themselves from feminism. Sinead O’Connor is just one recent example and, interestingly, she seems to have a keen interest in the welfare of women.

“For feminists ‘the personal is political’. Some feminists have criticised behaviour that many regard as harmless, or even so personal and well-intentioned that feminists have no right to intrude – telling certain jokes, buying pink dresses for one’s daughter, wearing high heels. Not only that, feminism is sometimes regarded as outdated. We now laugh at the sexism in Mad Men and in many countries women have access to education, jobs, and political power that were once denied to them, so many people think that feminism has become irrelevant.”

“If the aim of feminism is to ensure that women have equal access to goods that are crucial for living a fulfilling life then it is still relevant. A great many women and girls around the world don’t have access to such things as education, healthcare, and even enough food, just because they are women or girls.

“Even in affluent countries, there are plenty of problems that face women exclusively, or at least, to a greater extent than they face men – sexual assault, domestic violence, sexual harassment, under-representation in politics, access to abortion, the ‘second shift’, the ‘glass ceiling’, the ‘feminisation’ of poverty are just some of these. And social psychological research on ‘implicit bias’ suggests that even well-intentioned people may be biased against women without being aware of it.

“As I mentioned, some feminists criticise behaviour such as telling certain jokes, and this has annoyed people. Feminists often regard these behaviours as small parts of a larger system in which we segregate people into two pretty strictly defined gender groups, and distribute goods and freedoms to them in an unfair manner on the basis of this grouping.

“So, where it’s certainly not fair to harangue people about affectionate and well-intentioned behaviour – for example, buying one’s daughter a nice dress – many feminists think that even small gestures are worth assessing for whether they contribute to reinforcing a system of gender roles that is, overall, unfair. Marilyn Frye uses the metaphor of the bird cage to illustrate the idea – although each bar in the cage is small and insignificant when taken alone, each one contributes to a structure that confines the bird to a tiny space.”

Can a man be a feminist?

“Men can most definitely be feminists. One of the most famous feminist philosophers is John Stuart Mill and the UN’s ‘HeForShe’ campaign looks like a great initiative.

“Many feminists are very critical of the norms of behaviour that have been foisted on men and boys, so there is common ground there between the feminist and the man who thinks that men and boys are treated unfairly.”

Does wearing a T-shirt declaring my feminism make me a feminist?

“I think it takes more than a T-shirt but willingness to wear the T-shirt is a good sign.”