Founder of Alibaba, says ‘We don’t need those who comfortably work eight hours’ 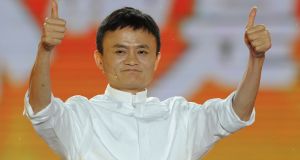 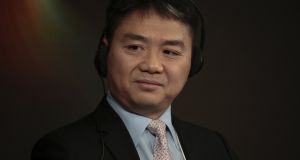 Richard Liu, billionaire, founder and chief executive of JD.com: said the number of “slackers” in his company had grown.

Chinese tech employees are pushing back against the industry’s notoriously long hours, known as the “996” schedule of working from 9am to 9pm, six days a week.

Over the past few weeks, a project that began in part as a joke among tired Chinese developers has turned into a nationwide debate about work culture and a rare protest against practices at some of the country’s largest companies.

In late March, a group of developers started a project on the code-sharing platform Github called “996.icu” - a reference to a comment by a programmer that working such a schedule could land an employee in the intensive care unit.

The discussion gained momentum, as users added to a blacklist of more than 150 companies that push their staff to work excessive hours, posting evidence of unpaid, often compulsory or heavily encouraged overtime.

According to Chinese law, businesses should not allow their staff to work more than eight hours a day or 40 hours a week, and overtime is restricted to 36 hours a month.

But former and current employees of companies included on the blacklist - including Bytedance, the creator of the video app TikTok, Huawei and the e-commerce platform Pinduoduo - say such laws are regularly flouted.

Users have uploaded screenshots of conversations where employers ask them to work late in the evening. Each company listed is given a number for the type of hours they tend to push, in some cases beyond the 996 work schedule.

Ant Financial, a financial services company affiliated with Alibaba, is listed as having a “9106” work schedule - starting at 9am, ending at 10pm, for six days a week. In another case, staff at a software firm in Shandong province said they were required to work more than 100 hours of overtime in a month.

The long hours at Chinese tech firms are a relatively new development as China’s tech industry has expanded with startups modelling themselves more after those in Silicon Valley.

Chinese tech companies are known for encouraging an obsession with work: Huawei reportedly promotes an aggressive, cut-throat “wolf culture” among its ranks.

Chinese tech executives have defended the long hours at their companies. Jack Ma, the founder of Alibaba, one of the companies included in the blacklist, called the 996 schedule “a huge blessing” and said workers should consider it an honour rather than a burden.

Jack Ma said employees should be ready to work 12 hours a day. “Otherwise why did you come to Alibaba? We don’t need those who comfortably work eight hours,” he said, according to comments posted on the company’s Wechat account on Friday.

Richard Liu, the founder of the Chinese e-commerce company JD.com, also defended the 996 schedule. In a note on Friday, Liu recalled how in the early days of the company he would wake up every two hours so that he could offer customers a 24-hour service.

Liu said that since then, the number of “slackers” in his company had grown. “If this carries on, JD will have no hope and the company will be heartlessly kicked out of the market! Slackers are not my brothers.”

As China’s economy has slowed and bubbles have emerged in the tech sector, more employees are starting to reconsider the merits of working long hours.

“They [EMPLOYEES]were willing to accept long hours when business was good and they were being well rewarded but that is not the case any more. Staff are being laid off and pay is stagnating so staff are less willing to work as hard,” said Geoffrey Crothall of China Labour Bulletin.

The debate has spread across Chinese social media, where many users have criticised the tech industry’s work culture as “inhumane”. Even Chinese state media has weighed in. In an editorial on Sunday the People’s Daily said: “Employees who object to 996 cannot be labelled as ‘slackers’ or ‘not fighters’. Their real needs should be considered.”

The topic has also prompted a broader debate about the kind of work-life balance - or lack of it - engendered by Chinese companies.

One user commented on the discussion forum Zhihu: “Most of today’s companies are machines that cannot stop running. We are all screws on top. If the screw is rusty, just polish it, put a little lubricant on, then twist it on again and use it. If it breaks, they’ll find a new screw to replace you. The machine cannot stop.” – Guardian News and Media 2019