Waking up to unconscious bias 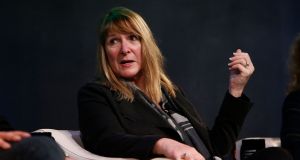 Silicon Valley entrepreneur Heidi Roizen: her achievements were viewed much more positively by study participants when she was referred to as “Howard”. Photograph: Lachlan Cunningham/Getty Images

Back in 2003, two US academics ran an experiment to test the perceptions of men and women. It has since gained status as a seminal piece of gender research and become known as the Heidi & Howard experiment.

The researchers developed a case study based on the story of the real-life Silicon Valley entrepreneur and venture capitalist Heidi Roizen. Half the participants in the experiment were given the case study with Heidi as the entrepreneur. The other half were given exactly the same case study but with one key difference: Heidi’s name was changed to Howard. Their achievements were absolutely identical but their gender significantly changed people’s reaction to the case study. In a nutshell, there was a negative correlation between power and success for women and a positive correlation between power and success for men.

Fast forward to the recruitment process, where this type of inherent bias and its negative correlations can have far-reaching implications for diversity. Add the fact that intentionally or unintentionally people tend to hire in their own likeness and the ramifications deepen even further, with a potential impact not only on the hiring of women but also those from ethnic minorities, people of different sexual orientation, people of colour, people from non-traditional backgrounds and those with disabilities and special needs – in short the groups most likely to experience discrimination. Bias is a huge challenge to diversity and is widely blamed for the so-called “Bro”culture” of Silicon Valley, where even today women and other minorities are underrepresented.

Morgan McKinley is an Irish-based recruitment group which has been in business for more than 30 years and employs about 800 people between its home and overseas offices. The group has four divisions including MS3, its outsourced and managed services arm, which has clients in Ireland, the UK, Asia-Pacific and other locations around the world. MS3 has recently produced a report on the impact of unconscious bias on the recruitment process and its director of operations, Maria Cosgrove, was closely involved in its preparation.

“We conducted the study because it’s very relevant to what we do and we also wanted to provide our clients with thought leadership and insights into this very topical area,” she says. “As recruiters, we have been trained to look beyond the CV and to focus on the capability and suitability of a candidate for a role. But for those who haven’t, their hiring decisions may rest on other things and bias can unintentionally creep into the process. Unconscious biases are essentially social stereotypes of certain groups of people which people form outside of their own conscious awareness.”

The tricky bit about overcoming unconscious bias is that it’s partly a battle with evolution. Humans are hard-wired to stick together with like-minded people for psychological reassurance and physical safety and they don’t like it when their “tribe” is challenged by outsiders. Translate that to the workplace, where very often the recruiter opts for the candidate who best fits the prevailing culture because that’s what they know and that’s what they feel comfortable with.

Cosgrove says that while unconscious bias is problematic, it is something that can be changed through specific training and awareness-raising exercises, as it affects not only our perceptions but also our attitudes and behaviour. There are also different types of bias such as affinity bias, where a recruiter identifies with a candidate and assumes this makes them a good fit for the job and the “cloven hoof” effect, where because something negative has surfaced about someone, the recruiter assumes everything about them is going to be negative.

“Having unfair feelings about people really has an impact in the workplace and affects the way we think about how people perform in their jobs and who we hire and promote,” Cosgrove says. “For example, our report shows that 90 per cent of people associate negative thoughts with the elderly and 75 per cent of both men and women readily associate women more with family than career. Techniques such as NLP [neuro-linguistic programming], which can introduce neutral language into job advertisements, using AI and specifically matching technology to remove unconscious bias when CVs are being assessed and blind-screening, where only information related to relevant experience for the job is shown to recruiters [with no personal details] are all techniques that can be used to eliminate bias.”

Training to eliminate unconscious bias needs to be approached carefully as rocking up and telling people they’re prejudiced or fixated on hiring stereotypes is unlikely to go down well. Even suggesting there’s any bias at all can put people on the defensive. The starting point must be to emphasise that this isn’t a personal failing, it’s human nature but it can be managed to level the playing field and drive better hiring outcomes.

The M3S report concludes by noting there are also things we can all do as individuals to become more aware of our own biases. Empathising with the feelings and viewpoints of others is a start, so too is learning about different backgrounds and cultures and challenging the stereotypes that make us discriminate often unfairly against those who don’t tick a particular set of boxes. Also worth doing is defining the “what” – as in what qualifications and experience matter for a job – before deciding on the “who” and being scrupulously fair about the interview structure, which at a practical level simply means asking all potential candidates the same questions.