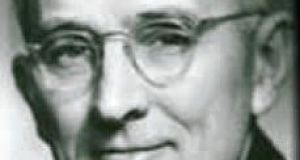 Dale Carnegie: while the working environment may have changed since the “How to Win Friends and Influence People” author’s first course in a YMCA hall in Harlem, humankind has not.

Listening to business magnate Warren Buffett talk, it is hard to believe he was once so terrified of public speaking that it made him throw up.

Buffett knew his fear was holding him back so he did a Dale Carnegie course in effective speaking. He credits his development into an articulate communicator and one of most successful investors ever to the training he got from Carnegie, not to what he learned at three universities.

The only educational award hanging on his office wall is the certificate he got on completing a Dale Carnegie course in 1952.

Carnegie started training people in effective speaking and self-improvement when his dreams of a career on Broadway came to nothing. In 1936, he wrote one of the first-ever self-help books, How to Win Friends and Influence People, which has clocked up sales of over 30 million and is widely considered one of the most influential books ever written.

Interestingly enough, one of its aims was to galvanise people out of a mental rut – not dissimilar to what business coaching does today.

Dale Carnegie is now a performance-based training company with more than 2,700 trainers teaching in 25 languages in over 90 countries. The company says that more than eight million people have taken its courses both privately and as part of its corporate training programmes.

The organisation operates through a network of franchisees and former IT professional Walter Bradley has been the franchise holder for Ireland for the last 14 years.

There are three Carnegie trainers here and all have had active business careers as Carnegie prefers trainers with hands-on commercial experience they can share. Most of their work is with corporates but there are courses for individuals (in groups of 12) over eight evenings or three full Fridays at a cost of €1,295.

Bradley believes the demand for Carnegie courses remains consistent because, while the working environment may have changed in the hundred years since Carnegie’s first course in a YMCA hall in Harlem, humankind has not. People still need to be good communicators, to be comfortable speaking in public and to run their inter-personal relationships with diplomacy and tact.

“The Carnegie methodology helps people to see themselves differently and this enables them to be more intentional about performance change,” Bradley says. “More and more companies are concerned about employee engagement and this transfers very straightforwardly into winning friends and influencing people.”

And it is not just about building confidence. Strengthening relationships is a hugely important facet of the course and what Carnegie called “the fine art of getting along with people”.

“Many people do the course because they want to improve their ability to influence people over whom they have no authority,” Bradley adds. “But a few years back I had an interesting insight into authority when a naval officer said he was doing the course to better influence people. I was puzzled as he had the pips on his shoulder, so surely he just had to give orders?

“His response was that the navy does not spend millions on ships, equipment, and training to order people about. It was all about building relationships to get the best out of everyone and gain their willing co-operation. Compliance was not enough.”

Pictures of Dale Carnegie show him as a gentle-looking professorial sort of figure. But Bradley says anyone expecting to coast through a Carnegie course without breaking a sweat may be in for a surprise.

“On the surface some of it may look obvious, but it has quite a kick,” he says. “We bring people into the programme gently, but it gets much tougher as you go along.”

An example of this, Bradley says, is where someone ends up realising they are the problem. People can also struggle with principles such as “don’t criticise, don’t condemn and don’t complain”. Another stumbling block is showing honest and sincere appreciation to work colleagues – something we should all do and we all crave.

“Try applying the following principles in situations where you need more cooperation and see the impact that changing your behaviour can have on other people,” Bradley says. ”Show respect for the other’s person’s opinion. Never say ‘you’re wrong’. If you are in the wrong, admit it quickly and emphatically.

“Allow the other person to talk and ask questions instead of telling. Let the other person feel the idea is his or hers. Try to look at things honestly from the other person’s viewpoint. This is particularly important in large organisations where employees are in ‘silos’ and often have no idea what the objectives and issues of their counterparts in other areas are.

“Communicating well when we disagree is always difficult,” Bradley adds. “We get emotionally hijacked and jump in with two feet. Pause and ask yourself three questions: What do I think? Why do I think that? Where is my evidence? Then begin your response with a cushion statement to soften the blow.

“When Carnegie started teaching his courses people paid on the way out of each session – and only if they found it to be of practical value. We still teach it that way – every session has to stand alone and deliver value in its own right.”