Unconscious bias training for UK civil servants to be scrapped 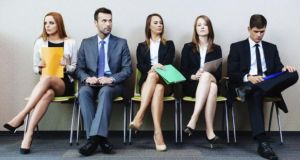 A written ministerial statement on Tuesday said there was no evidence unconscious bias training changed attitudes and so it would be scrapped. File photograph: Stockphoto/Getty

An academic whose research has been used by the UK government to justify scrapping unconscious bias training for civil servants has questioned why ministers have failed to devise alternative plans to combat prejudice.

The training, intended to make employees aware of patterns of discrimination and prejudice, is used across the civil service to address prejudice on the grounds of race, sex, sexuality and disability.

A written ministerial statement on Tuesday said there was no evidence the training changed attitudes and so it would be scrapped.

Julia Lopez, a junior cabinet office minister, said the government had produced a summary of available evidence on unconscious bias and diversity training that concluded the training did not change behaviour or improve workplace equality.

First among the evidence cited, Lopez wrote that “a systematic review of unconscious bias training examining 492 studies (involving more than 87,000 participants), found changes to unconscious bias measures were not associated with changes in behaviour”.

The psychologist who conducted the review of 492 studies, Patrick Forscher, told the Guardian the funds spent on unconscious bias training should have been spent on other measures to help combat prejudice in the workplace.

“I support the idea of scrapping unconscious bias trainings and redirecting the funds toward defining clearly the problems that they want to solve in the civil service related to race/ethnicity, defining how they plan to measure progress toward solving those problems, setting up monitoring systems to measure that progress, devising policy solutions that are more targeted toward those specific problems than unconscious bias trainings.

“I would be more in favour of replacing the training with something else,” he said.

Public sector unions have also criticised the government’s lack of an alternative strategy. Garry Graham, Prospect’s deputy general secretary, said the government must come up with other measures to replace the training if ministers scrap it.

“Hard data, from staff appraisal markings and success in career progression to evidence from staff attitude surveys, show that our workplaces are not as diverse and inclusive as they should be.

“While there is a debate as to the effectiveness of unconscious bias training, simply scrapping it without setting out alternative ways to combat discrimination in the work place is not acceptable,” he said.

Lucille Thirlby, the assistant general secretary of the FDA civil servants’ union, said: “How will they ensure people are not discriminated against? It’s easier to attack something than do something positive about it.”

Learning about unconscious biases was first made a requirement for all Whitehall staff in 2014, with online sessions provided for junior staff and face-to-face lectures for senior mandarins.

Nearly 170,000 staff across the civil service have taken part in sessions in the past five years. The curriculum has since been scaled up to include four modules in diversity and inclusion training.

The new government review of the academic literature on the training echoes that of a 2018 assessment conducted by the Equality and Human Rights Commission, which found a “mixed picture” of its effectiveness.

Acknowledging the increasing popularity of the training in organisations across the UK, the commission stated: “This training has been implemented even though some academic research and reports have highlighted the ineffectiveness, and even the negative effects, of UBT [unconscious bias training].”

It added that “there remains much academic debate about the accuracy” of the implicit association test, one of the most common measures of unconscious bias, which measures reaction time of how quickly a participant can link positive and negative stimuli to labels such as “male” and “female”.

The British parliament ran a pilot of unconscious bias training sessions in the wake of Black Lives Matter. It was offered to Liberal Democrat and SNP parliamentarians. Dozens of Conservative MPs have said they would refuse to attend if asked.